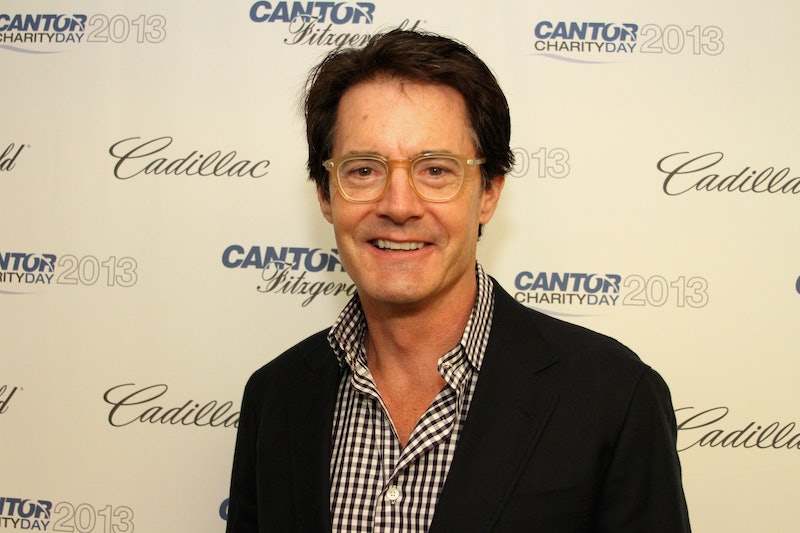 A certain fictional Portland mayor will be returning to his roots in the fictional FBI. It's been confirmed that Twin Peaks ' return will include Kyle MacLaughlan, also known as one Special Agent Dale Cooper, will indeed be present for the upcoming Showtime reboot/limited series. And yes, they referenced damn fine coffee when making the announcement; of course they did.

According to The Hollywood Reporter MacLaughlin "sauntered" onto the stage at the Television Critics Association's annual winter press tour Monday and said "You look like you need damn fine cup of coffee."

It's hardly a surprise that MacLaughlin is returning for the limited series, but it's certainly a relief. Showtime president David Nevins assured the world that [MacLaughlin will] be leading the show, and there'll be more cast coming on as we roll through." According to TVLine MacLaughlin noted that he is "very excited to return to the strange and wonderful world of Twin Peaks," and also added a "may the forest be with you."

MacLaughlin's spent the years since Twin Peaks wrapped making memorable appearances/stints on an impressive number of TV shows, from Sex and the City and Desperate Housewives (full castmember status) to How I Met Your Mother, Portlandia, The Good Wife, and (most recently) Agents Of SHIELD. He's never left the heart of fans of the '90-'91 cult series, though.