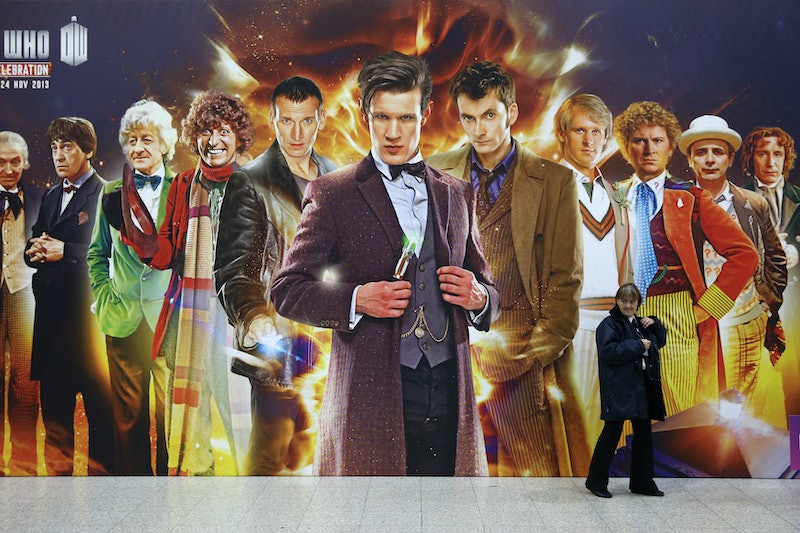 A certain streaming service has been celebrating some victories in good press of late: Kevin Spacey took home a Golden Globe last night, and before that half the Internet was wrapped up in joy that all of Friends was available for for watching whenever they pleased. Alas, Netflix can not only lift your heart, it can also crush it: Doctor Who is leaving Netflix come the end of January. Along with most of the rest of the BBC shows up there. Damn expiring contracts.

This is really a pretty sad thing in the realm of streaming sites: I'd say, anecdotally, that most of the fans Doctor Who has accrued over the past few years have been able to experience the show thanks to the ease of it being on Netflix. Not only that, but Doctor Who is a show that extends back more than fifty years, and having classic Who easily available seems like an important thing just for the sake of the archive.

Doctor Who was a breakout hit internationally, and shows like that and other British-born shows (ex: Downton Abbey) that have Netflix to thank for opening up avenues like that in places like the United States. Here are some other shows disappearing come Jan. 31: Black Adder, Top Gear, Fawlty Towers, A Bit Of Fry and Laurie, Coupling, Torchwood, Survivors, Red Dwarf, and Primeval.

Some will still be available on Amazon Prime, and I'm sure others will pop up other places. But dang, this is the end of an era for those who harbor a love for British television but don't have easy access to BBC America. Maybe they can renegotiate the pesky contract in question?

More like this
What’s New On Netflix: A Victoria Justice Rom-Com & The Return Of David Letterman
By Arya Roshanian
What’s New On Netflix: The Return Of 'Bling Empire' & A Rebel Wilson Comedy
By Arya Roshanian
8 LGBTQ+ TV Shows & Movies Like 'Heartstopper' To Watch On Netflix
By Alyssa Lapid
Oops! The 'Stranger Things' Monopoly Game Has Spoilers For Season 4
By Alyssa Lapid
Get Even More From Bustle — Sign Up For The Newsletter