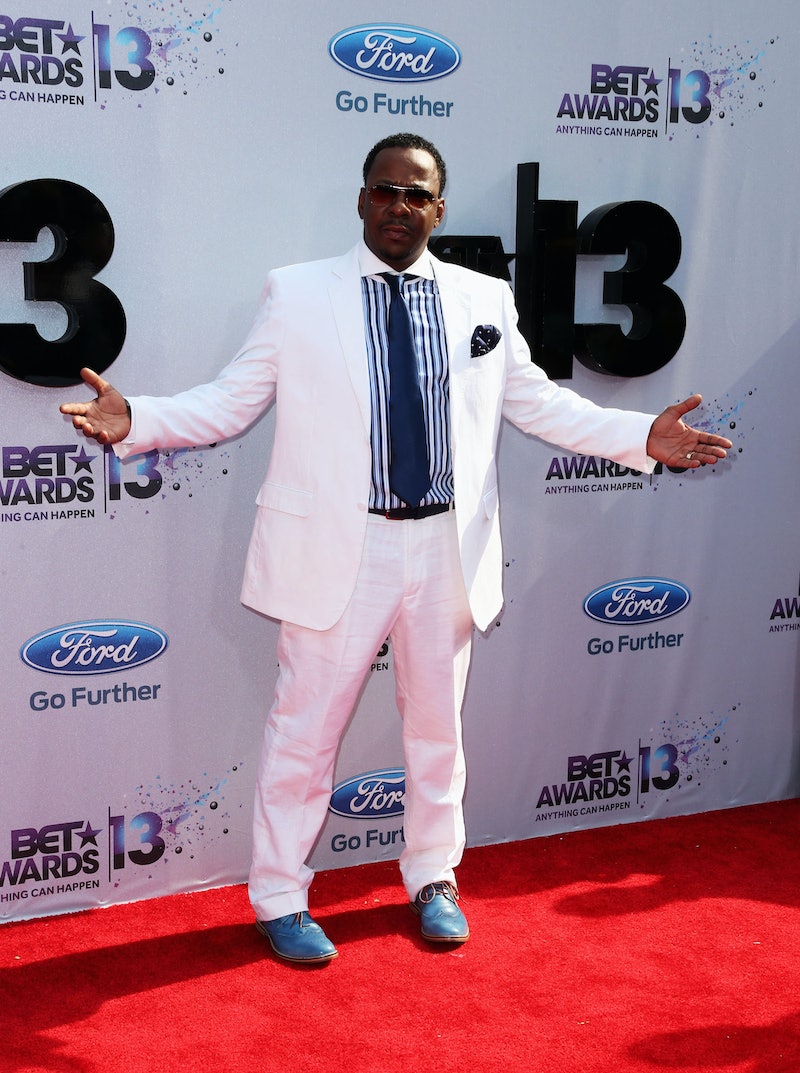 Before they joined forces as a married couple, Bobby Brown and Whitney Houston had their own distinct singing careers. Houston started out in gospel (like her mother Cissy) and soon found fame in pop and R&B. Brown was a member of the R&B boy band New Edition and he launched a solo career in the '90s with hit singles like "My Prerogative" and "Don't Be Cruel." But once the two met in 1989 at the Soul Train Music Awards, their romance started a very long — and at times, rocky — road, which will be depicted in Lifetime's biopic Whitney , premiering Saturday night. However the TV movie ends its story in 1994, so what is Bobby Brown doing now?

The 45-year-old singer and Boston native will share his memories of Houston in an interview with Access Hollywood's Shaun Robinson in a one-hour Lifetime special called Bobby Brown: Remembering Whitney, which will air after the premiere of the TV movie. Brown and Houston were married from 1992 until they divorced in 2007 and, together, they had one daughter, Bobbi Kristina.

Since Houston's death in 2012 at age 48, Brown been living in the Atlanta area and he's been working — as well as having some run-ins with the law.

Throwbacks and reunions are totally in these days and Brown is going with it. He toured with his old group New Edition last year, even though health issues caused him to quit the concerts in the summer. He returned sooner than later.

This year, Brown will be embarking on an Australian tour with '90s rap group Naughty By Nature, known for their hits "O.P.P." and "Hip Hop Hooray."

In February 2013, Brown was arrested for the third time for a DUI, as reported by TMZ, leading him to a conviction and a 55-day jail sentence. The court also required the singer to attend Alcoholics Anonymous meetings and complete an 18-month alcohol education program. He previously did a stint in rehab for alcohol in 2012. He was released from his jail sentence in March 2013 after serving nine hours.

How time flies — Bobbi Kristina is now 21 years old and married to Nick Gordon. She and Brown were initially estranged after Houston's passing in 2012 and Brown wasn't crazy about his daughter's marriage to Gordon. Two years later, it looks like the daddy-daughter duo has mended fences. She tweeted a photo from her Father's Day dinner with Brown last year.