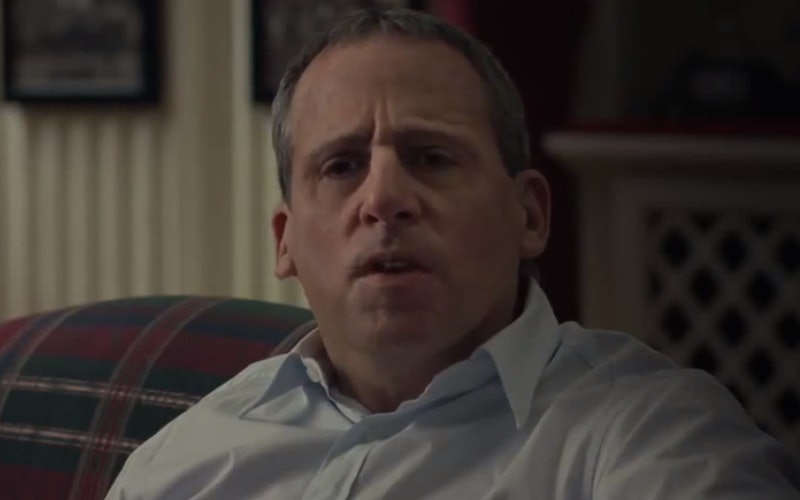 Well, ok then. The first trailer for the wrestling drama Foxcatcher is here, and it will confuse you from the very start. Steve Carell, is that you? IMDb and the descriptions say it's you, but you look so much more... lumpy... than usual.

The trailer kicks off with a voice-over by Carell's character and his affected accent; he's lecturing Channing Tatum on being the best that he can be. Then there's a lot of wrestling, some guns, and a very scary-looking Mark Ruffalo. Maybe this is where the Hulk goes when he really needs to let off some steam?

From Carell's continued Mama Rose-ish voice-over, it seems like Tatum's character might be a little in over his head with this one.

Foxcatcher is directed by Bennett Miller and is based on the life story of Olympic wrestling champion Mark Schultz (Tatum) and is about "how paranoid schizophrenic John duPont (Carell) killed his brother, Olympic Champion Dave Schultz (Ruffalo)." Oh.

The trailer does a pretty good job of displaying the tension and anxieties that obviously run through a story like that. Gary Oldman was apparently the first choice to play Carell's character — we're assuming he said no because he's played about a million and a half creepy roles in his lifetime, or because of scheduling conflicts. But it'll certainly be an experience watching Carell's physical and mental transformation into a murderer.