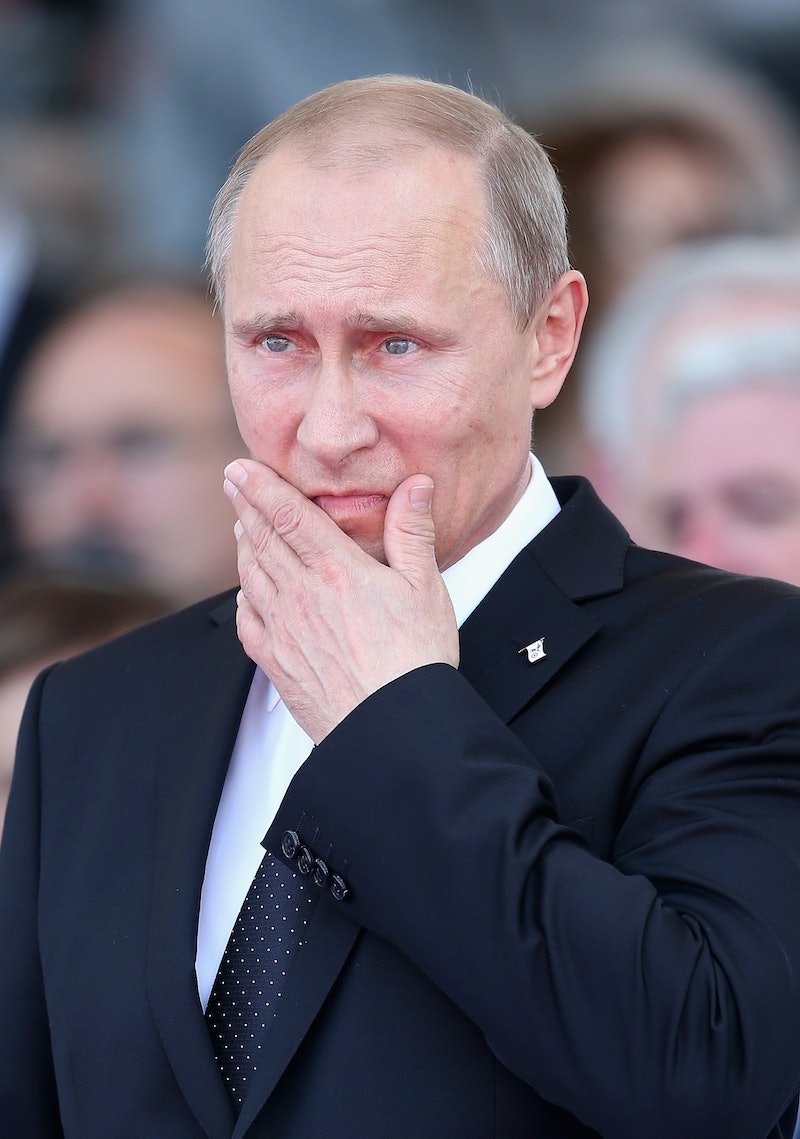 Jan. 27 marks the 70th year since the Auschwitz death camp was liberated by the Red Army. This year, Poland skipped Vladimir Putin's invitation to the Auschwitz anniversary in a sign of a deep chill in Poland-Russian ties following the Ukraine crisis.

The Russian President's spokesman, Dmitry Peskov, said that Putin had not received any invitation to the anniversary, adding that his tight schedule did not allow for any travel, anyway. The ceremony's organizers, the Auschwitz Museum and the International Auschwitz Council, had notified the countries that help fund the site — of which Russia is one — of the event, but fell short of issuing formal invitations.

Sources told Reuters that Poland deliberately chose not to send out formal invitations to the event, carefully treading diplomatic protocols to sidestep a political dilemma at home. Sending Russia an official invitation would have caused ire among Polish voters, during a year that presidential and parliamentary elections are slated to take place.

Poland seems pretty nonchalant about Putin's decision to not attend, reported Bloomberg, as Tomasz Nalecz, advisor to Polish President Bronislaw Komorowski, said the country accepts what it sees as:

[A] sovereign decision of the Russian state.

Putin's absence at the event is most definitely a result of Russia's role in the Ukranian conflict, of which Poland has been one of the harshest critics. The Eastern European nation has been extremely apprehensive of Russia's annexation of Crimea, worrying that Russia's exploits could extend to its own borders, and beefing up NATO presence in its country in a pre-emptive move.

Not everyone is a fan of the political drama between Poland and Russia. A senior source in the European Jewish community, who spoke to Reuters on condition of anonymity, said:

The victory over Nazism depended on the collective engagement of many countries, the allies in the West but also the Soviet army. For politics to interfere to exclude one country or another is a tragic shame to the memory of the Holocaust.

Politics aside, Putin's no-show will be somewhat awkward, as Soviet troops were the responsible for liberating the the sickening death camp from the Nazis in 1945. Many of Auschwitz's 1.5 million victims were also USSR citizens, including Jews and Soviet prisoners of war. The Russian president attended the 60th anniversary of Auschwitz's liberation in 2005, reported AP.

Regardless of the motives behind both countries' super awkward back-and-forths about the ceremony, Putin is definitely putting on a "I could care less" front. His spokesman Peskov told the Telegraph:

This is not an event they issue formal invitations for, so it has nothing to with [Warsaw's position]. It is simply a matter of work schedule. We have a lot of crisis situations to manage and Mr Putin obviously has to be careful how he spends his time.