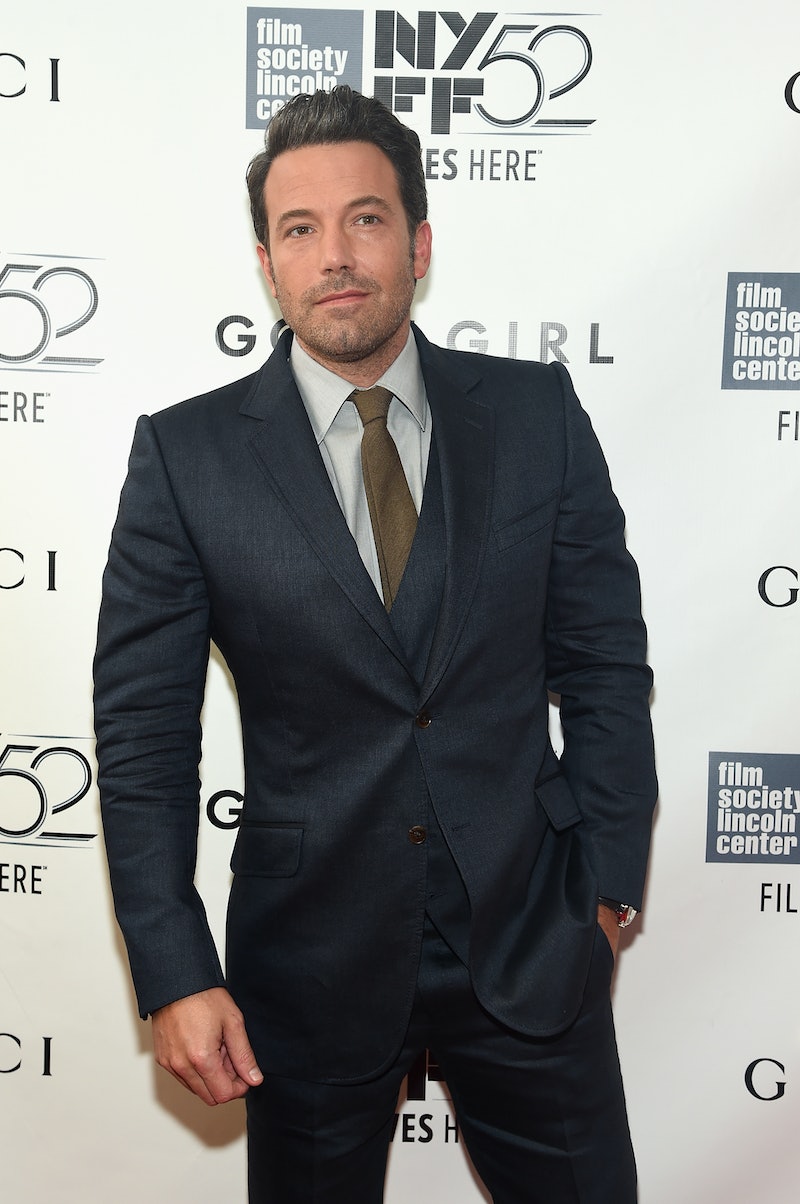 Good news to fans of this year's dark, twisted flick Gone Girl; the team that brought Gillian Flynn's novel to life is creating yet another dark and twisted film. Gone Girl director, David Fincher, and star, Ben Affleck, are both apart of the Strangers on a Train reboot, which has been shortened to Strangers — for reasons that will be obvious shortly — with the screenplay written by Gillian Flynn, Gone Girl author and screenwriter. The original Strangers on a Train, from 1951, will receive a bit of a facelift according to reports, but fear not, Strangers is in good hands with the Gone Girl team.

If you aren't familiar with the original film, the plot follows two strangers who meet on a train and discuss two people they wish were dead in their lives (one a wife, one a father). They discuss "exchanging murders" that way neither of them are directly connected to the murder, a crazy idea that one of them actually goes through with.

According to Variety, the Strangers remake will be about a Hollywood star who meets a wealthy stranger on a private plane (upgrade alert!), and presumably a similar storyline develops. While I'm hoping it is Affleck who is playing the mysterious wealthy stranger, he'll probably be playing the Oscar-bound movie star... there's just something about him.

Here are four reasons why the Strangers on a Train reboot is in great hands with the Gone Girl team.

Not only does Fincher have experience directing dark movies like Gone Girl, but he has also directed movies like Girl With the Dragon Tattoo, Social Network, and Zodiac. ZERO of those movies are light and fluffy — why? — because FIncher does moody darkness better than anyone. Considering Strangers is going to be about two strangers that contemplate killing each other's loved ones, I would say moody darkness is the perfect answer. Sorry for saying "moody darkness" so many time.

I mean, he just has to play himself, right? A movie star on the fast-track to an Oscar, that's the character. That's also Affleck.

Gillian Flynn is the Queen of Twisted Plots

Team Gone Girl has the Power to Get a Big Name

With the success of Gone Girl and the name power of Fincher and Affleck, the possibilities are endless in terms of who will play the mysterious psycho millionaire. But that doesn't mean we can't have our preferences. *Cough* Clooney.