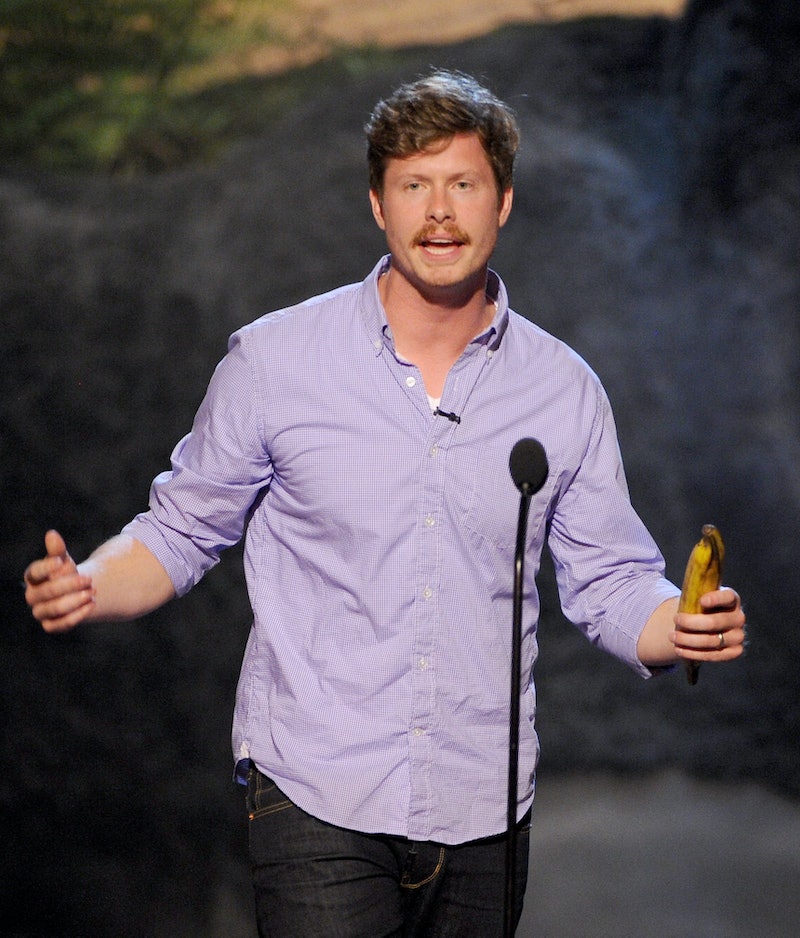 You can't be a total disaster of a human being and run a successful cable TV show, so it's not surprising that the Workaholics guys aren't that much like their characters, even if they have the same names. Even though Ders the character will probably never be able to keep a lady around the fratty Workaholics house, the real life Ders, series co-creator Anders Holm is married to Emma Nesper Holm. Yep, married — as is Blake Anderson. And Adam is in a long term relationship. That's right, none of the guys are actually single in real life; they're all taken. Which basically makes them nothing like their onscreen counterparts.

And Holm's wife is pretty awesome, too. While Ders would never score a lady this accomplished, even being the accomplished producer of a four year and running comedy hit on Comedy Central just barely makes him her equal. But they've been together for years, so she must have an appreciation for butthole jokes and vomit gags just as he must have the maturity to get married and start a family.

And because we're already creeping on these two, here's everything I'm sure you're dying to know about them:

They Met Over Ten Years Ago

Holm and Nesper are high school/college sweethearts. They seriously dated at the University of Wisconsin Madison, and had met back in high school. So they've been together since the early 2000s. So while Holm shares some biographical similarities with Ders, like their sterling college swimming career, he was never really a wannabe ladies man. Actually, he and his wife were together for so long that Ders never really lived in the Workaholics house with Blake and Adam, which he describes as a blessing, because "it was gross and had rats."

Nesper graduated with a degree in journalism and moved to Los Angeles to be with Holm as he started his comedy career. While Holm comes up with new dick jokes, Nesper has made a career working for nonprofits, trying to combat poverty in the developing world. Right now, she's working for the American Jewish World Service.

They're Both Parents with a Sense of Humor

Holm and Nesper had their first child, a boy, last January. They've kept him out of the public eye almost totally — there was basically zero coverage of their relationship, wedding, or pregnancy — but they did share this one video via Holm's Instagram account. Either he was born with an uncommonly deep voice, or some slow motion trickery was had. Regardless, it takes a humorous pair of parents to use a funny video to introduce their baby to millions of fans.