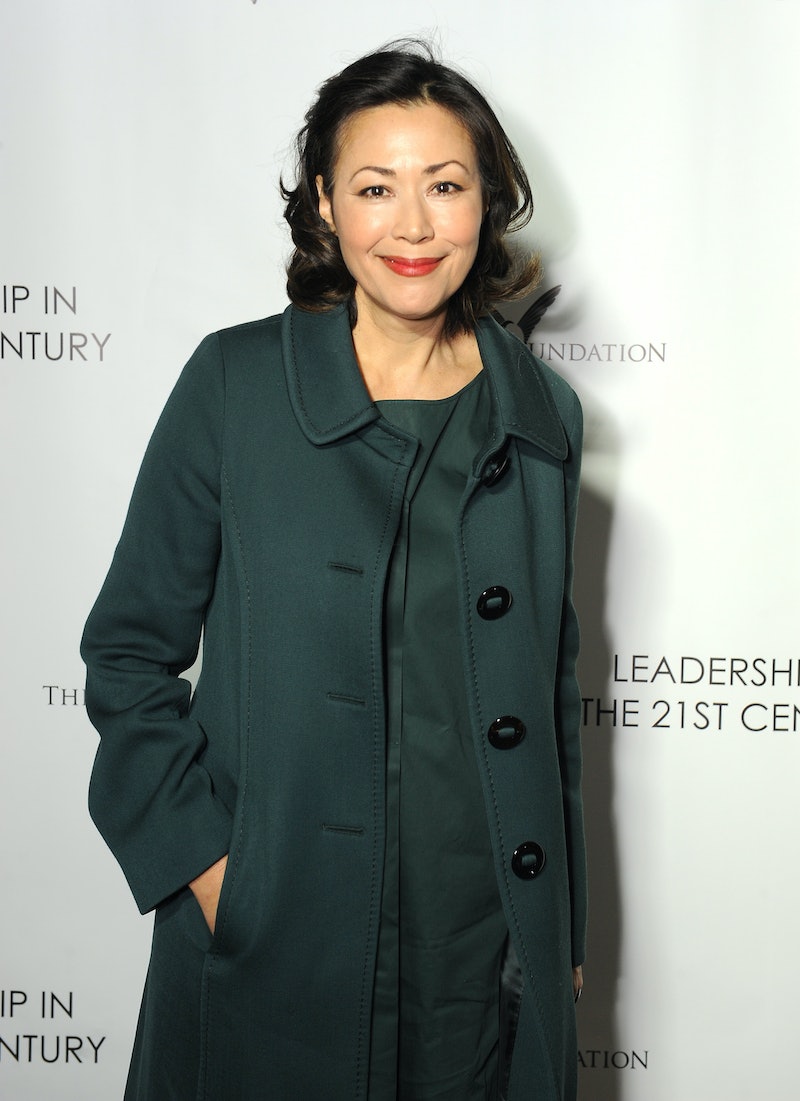 In majorly sad news for NBC and the already dwindling male-to-female ratio number in network news, Deadline is reporting that Ann Curry is leaving NBC News , just over two years after she exited NBC's Today show. It's no surprise, according to Page Six, who is reporting that Curry was "unhappy" with her lack of material on the news show, but still — deeply disappointing news considering Curry's talent and the blatant lack of female journalists present in newsrooms around the world.

Though the details aren't well known at this time, Deadline reports that the news has been confirmed by a "senior NBC exec," and rumors state that Curry may be planning to start her own documentary series and company.

On the bright side, however, I highly doubt that leaving NBC News for good is going to set Curry back at all; in fact, it may have quite the contrary effect on her career. As USA Today points out, Curry had only completed a "handful" of special reports under her $12 million contract as a correspondent and anchor-at-large, so her talents were clearly being underutilized. Now that she's exited the show, hopefully we'll be able to see her take on more projects and stories for other sources.

However, the fact that Curry is leaving another NBC series so soon after she left Today because of reported dissatisfaction — not to mention having barely been utilized during the past two years since joining NBC News — isn't great news when you look at the male-to-female ratios in newsrooms across the globe. On NBC alone, for instance, news shows are largely dominated by men: Today has just about as many females as males on the team, but that's mostly because of Kathie Lee Gifford and Hoda Kotb's mostly entertainment-based, less-than-serious hour of the show; both NBC Nightly News and Dateline NBC are hosted by males (Brian Williams and Lester Holt, respectively); and — though this is mostly unrelated to news, I still like to mention it as much as possible — even NBC Saturday Night Live 's Weekend Update shuffled Cecily Strong from lead anchor in favor of two male cast members, Colin Jost and Michael Che. And other networks, like, say, ABC? Same deal: Though the mostly fun Good Morning America does employ a good amount of female anchors like Robin Roberts, the more serious news shows like Nightline, Primetime, 20/20, and This Week are either dominated or, at least, co-hosted by a male. Seriously, where are all the women?

Curry, for her part, has not released a comment about the reports.

More like this
Here’s Everything Coming To & Leaving Netflix In June
By Alyssa Lapid
Britney Spears Met The Weeknd & Sam Levinson, So She May Actually Be On 'The Idol'
By Jake Viswanath
Kaley Cuoco & Tom Pelphrey Just Made Their First Public Appearance As A Couple
By Hugh McIntyre
'Gangs of London S2’s New Trailer Is Pure Anarchy
By L'Oréal Blackett and Sophie McEvoy
Get Even More From Bustle — Sign Up For The Newsletter