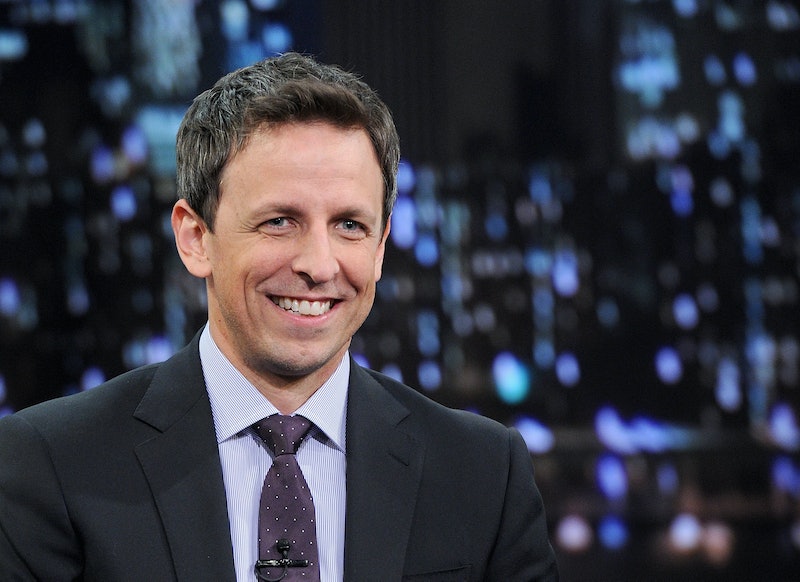 The Golden Globes were on Sunday, and, yes, we're still talking about them. Take Late Night host Seth Meyers who gushed about Quvenzhané Wallis and revealed how much shade she threw at him during the awards show. During his talk show, Meyers couldn't help but reveal how much he admires the Annie star who was also nominated for a 2015 Golden Globe. Well, that story also included the fact Wallis "iced" Meyers at their table. In the below video, Meyers says,

Look, I get it, she's not my demo. She was really lovely. She's such a wonderful actress though, she's such a talented actress. Despite her acting skills, could not even pretend to be interested in me. It's hard, you know, cause I'm a huge Quvenzhané fan. I feel like now I gotta carry that with me and next time I see her film I gotta be like, "Why don't you like me more?" Don't meet your heroes!

As much as I love this story and wish there was video of it, I'm super impressed by how many time Meyers says Wallis' name and pronounces it correctly. She's one of many actors who has a ridiculously hard to pronounce name. Major props to Meyers and the fact that he said her name A LOT in one sitting!