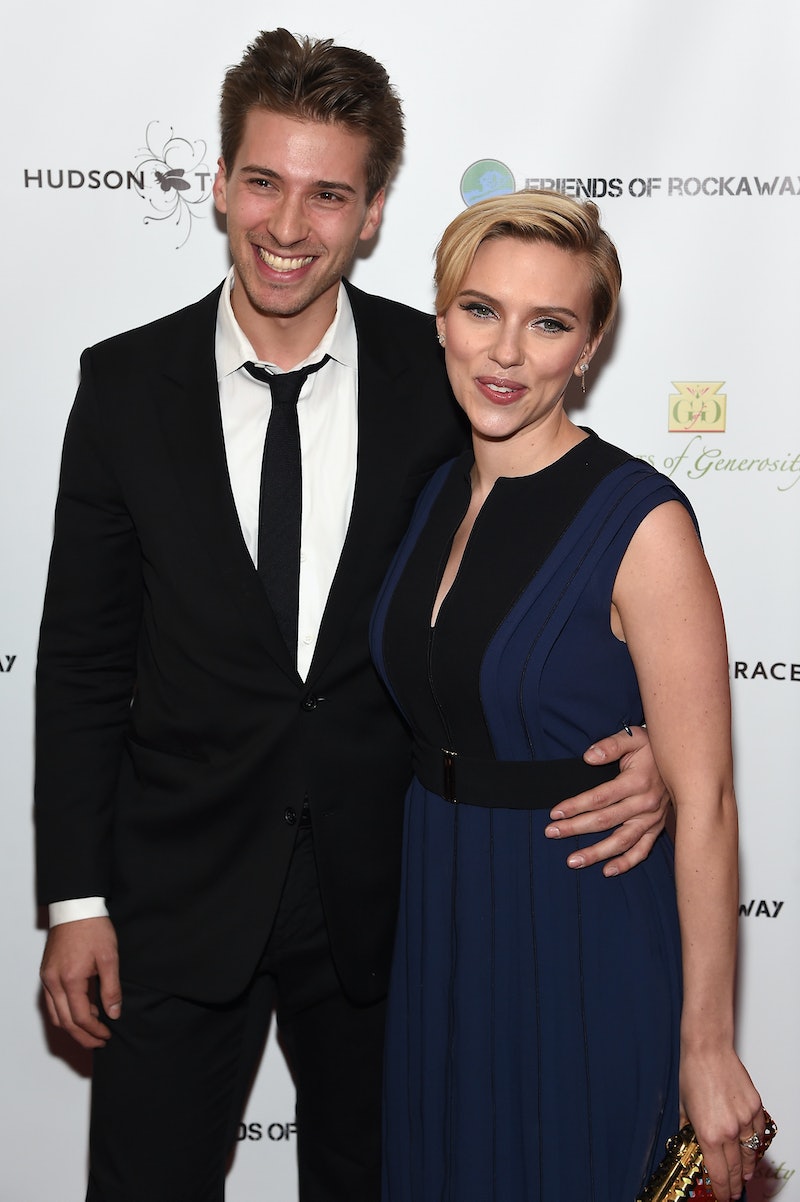 As much as we love picking apart the lives of celebrities, we also love to look into their "famous" siblings. For example, take Scarlett Johansson's twin bother Hunter Johansson. We've seen him at many red carpets with his sister, but what else do we really know about him? First, he's the younger twin and he doesn't just accompany his sister to events to get his photo taken. So what does Hunter Johansson do for a living? I'm so glad you asked.

According to IMDb, he's also an actor, but hasn't been in too many projects. Actually, he's only been in one called Manny & Lo, which came out in 1996. Funnily enough, this dramedy also starred his sister. Is he still acting? I have no idea, but seeing as his first and only project listed is from the '90s, I'd say probably not. However, if he wanted to get back in the acting game, I'm sure ScarJo could give him a helping hand. What does he do every day? I'm not sure what his "official" title is, or if he has one, but it appears he likes to give back to others and even has a knack for politics.

With that said, here are just a few ways he's contributed to those in need and voiced an interest for the political world.

He Worked With President Barack Obama

In 2008, Hunter worked on President Obama's campaign and reelection. That's not all the political work he did, as Hunter was a community organizer for Manhattan Borough President Scott Stringer's office in New York.

He Loves Giving Back, Especially to NYC

In November 2014, Scarlett and Hunter hosted the Champions of Rockaway Hurricane Sandy Fundraiser in New York City. Both seemed super passionate about the benefit. As Scarlett said, "Hunter and I were here in New York — we were 15 years old when September 11 happened, and that was pretty shocking. We thought the city that we grew up in was rock solid, and it shook the foundation of the city — for very different reasons obviously. Seeing the city shaken once more [by Hurricane Sandy], it was totally, totally shocking for the people that were living here. Two years later, people are feeling huge effects of this devastating loss."

Other than the two facts above, Hunter seems pretty low-key. He also appears to love his sister, because why else would he walk red carpet events with her and show all that support? Maybe one day we'll see Hunter running for office or heading a charity or non-profit giving back to others. I'm sure Scarlett would approve.

More like this
Man Meets Politics: ‘Boy Meets World’ Star Ben Savage Is Running For Congress
By Jake Viswanath
Twitter Is In Awe Of Taylor Swift’s “Lavender Haze” Music Video
By Jake Viswanath
Jennifer Coolidge Hunted For Jewels & Lashes In J.Lo’s Hotel Room
By Jake Viswanath
Hilary Duff Is “Optimistic” About A 'Lizzie McGuire' Reboot
By Alyssa Lapid
Get Even More From Bustle — Sign Up For The Newsletter
From hair trends to relationship advice, our daily newsletter has everything you need to sound like a person who’s on TikTok, even if you aren’t.