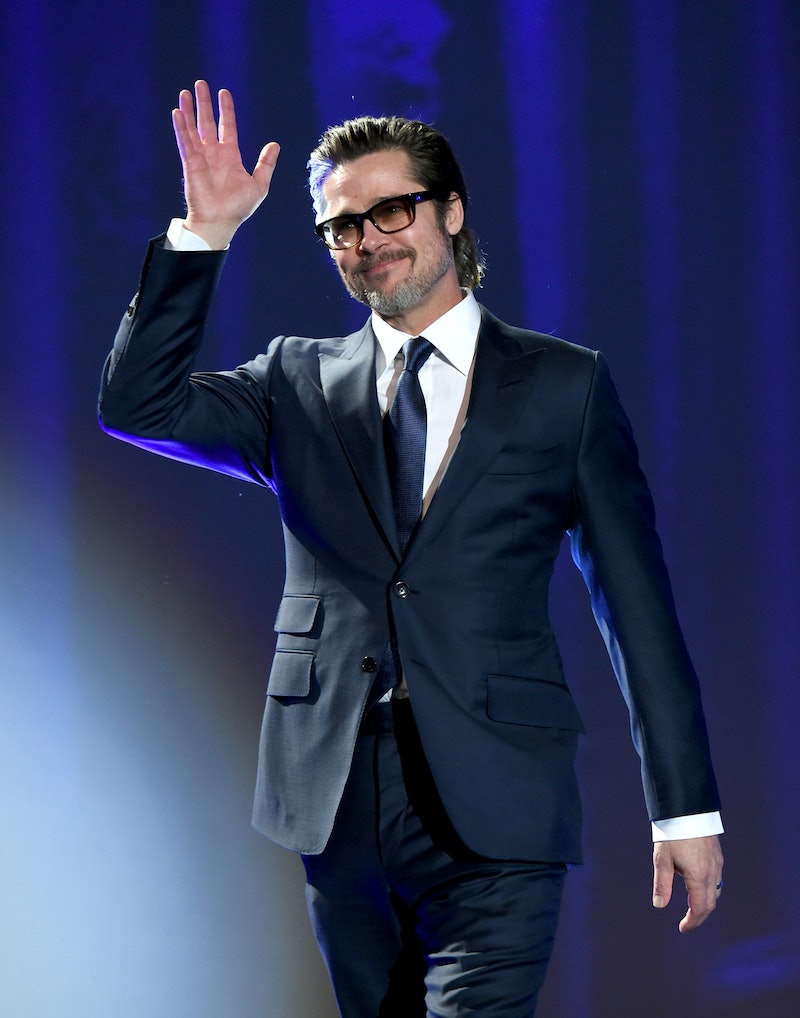 We've finally found the Hollywood trifecta. Brad Pitt, Ryan Gosling, and Christian Bale are set to star in The Big Short , a film that will be adapted from the best-selling book by Michael Lewis, The Big Short: Inside the Doomsday Machine. The film is being produced by Pitt's Plan B, which is has been behind many very successful movies like Selma, 12 Years a Slave, and The Normal Heart. In an exclusive article announcing the film, Variety predicts that the financial drama will star a slew of A-listers, so who else could possibly make this film better?

The book by Lewis is about the years leading up to financial crisis in 2007 to 2010, and the key players that were involved in the market bubble in the early 2000s. The script is being adapted by Adam McKay, who is behind Step Brothers, Anchorman, Saturday Night Live, Talladega Nights, and many other hilarious films and television shows. While McKay's presence on the film might seem out of place for a film with such a serious concept, for someone who would probably find a financial drama a major snoozefest, I'm thinking McKay is someone that could really bring something good to the story.

Then again, how much of a snoozefest can this movie be when Pitt, Gosling, and Bale are on the screen? Seriously, can a camera even handle that much beauty? Well, if Variety's prediction is right, there might be even more famous faces added to the mix, which is just mind blowing and comforting at once.

Personally, I might be asking for a lot here, but can we get Clooney in on this project? Pitt and Gosling have both worked with Clooney before — Pitt in the Ocean's movies, Gosling in Ides of March — so I'm sure they have Clooney on speed dial to work on this movie. Plus, wouldn't Clooney just be perfect for a financial drama? I'd even go as far to say that he was born for a financial drama. George Clooney, I might have just discovered your life's calling. You're welcome.

Other names I just want to throw out there: Morgan Freeman, Amy Adams, Liam Neeson, Emily Blunt, Benedict Cumberbatch, Leonardo DiCaprio, and why not, let's throw James Franco's crazy self in there, because if I want to dream cast this movie, I'm going to put anyone and everyone in there.