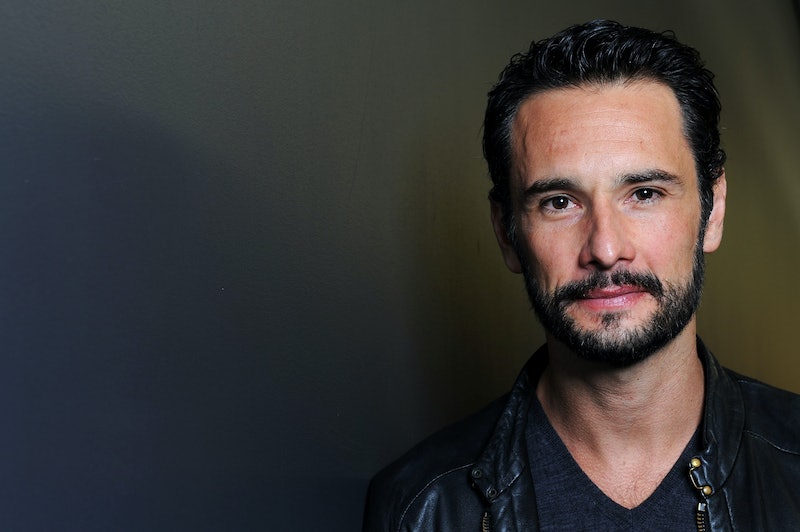 I attribute roughly 90 percent of my sexual awakening to Rodrigo Santoro. He's an actor known by most audiences as a gold-painted warrior in the 300 movies, or as bookish Carl in Love Actually. But when I saw Rodrigo Santoro play a murderous surfer in 2003's Charlie's Angels: Full Throttle, I was reborn. Overly tanned, hair tousled to perfection and abs as perfect as Tupac's hologram, I had become a woman. And now, the same actor that gave me my adulthood, will play another holy role. Rodrigo Santoro will play Jesus in the upcoming Ben-Hur remake, at least, we think he will.

The actor is in negotiations to play the iconic figure in sandals. Timur Bekmambetov is directing the remake, adapted from the original Oscar-winning (11 of 'em!) 1959 movie. But the first film is an adaptation in itself, of course, taken from Lew Wallace's novel Ben-Hur: A Tale of the Christ published way back when in 1880.

While we don't know a whole lot about the film, we do know that Jack Huston of American Hustle and Boardwalk Empire is starring as a Jewish Prince. And for once, Morgan Freeman won't be playing God, but instead will take on the role of a man who trains Ben-Hur in the sport of chariot racing (is that a sport?). Bates Motel's Olivia Cooke is also on board, as well as Ayelet Zurer (i.e. Amal Clooney's doppelganger).

We're looking forward for this news to be confirmed, STAT. And in case you were wondering what all the fuss is about...