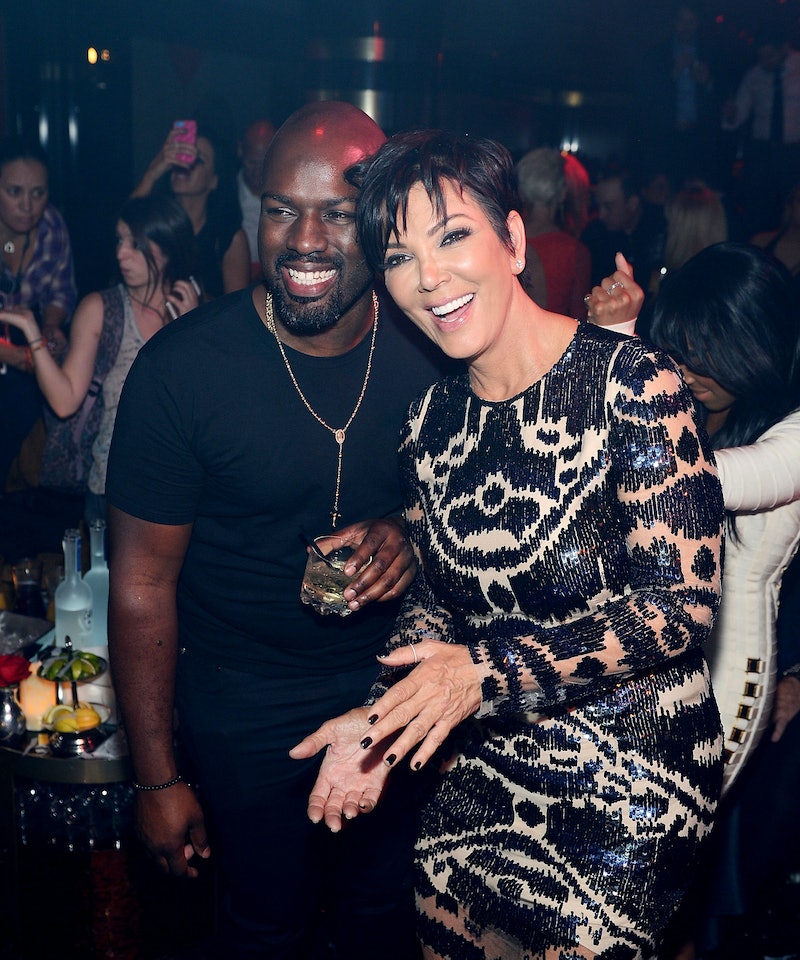 Kris Jenner never ceases to amaze me with her ways to stay in the headlines. The woman is a celebrity mastermind, I tell you! And the head of the Kardashian clan seems to have gotten her love groove back ever since she reportedly started dating her new music exec boyfriend, Corey Gamble. In fact, Kris Jenner and Corey Gamble went on a double date with Lance Bass and his new husband, Michael Turchin, and Jenner took to Instagram to share the fun. I guess I can't blame her for wanting to show off a new man who she seems to be having a lot of fun with.

I would have never guessed that a former member of my favorite boy band would be in any way connected to the Kardashians. But it seems that, like the Kardashians, Lance Bass is an integral part of the E! network family — his wedding will be aired on Feb. 5 as the special Lance Loves Michael: The Lance Bass Wedding. And guess who found a way to advertise E! during a little "private" date? None other than Kris Jenner. Being the good friend she is, Jenner captioned her selfie with Bass with the air date of his special. I told you she's good.

As random as this double date may seem, I had to wonder if the former N' Sync-er and the reality superstar have been friends for a while, 'cause they sure seem chummy.

One of the biggest pieces of celeb gossip to leave the wedding of Bass and Turchin was that Jenner brought her new man Gamble as her date and that they were "dirty dancing" during the reception. The other recognizable people on the invite list for the wedding were Christina Applegate, Carmen Electra, Lisa Vanderpump, Gabourey Sidibe, and Real Housewives of Miami star Lea Black. Hmm, Lance Bass apparently hangs out with a lot of reality stars, so maybe he's trying to find himself in a new crew with Jenner?

Turns out, Jenner and the Kardashians have actually been friendly with Bass for a while, dating back to 2009 when Bass posed for a Halloween picture with Kim Kardashian. I also found a clip from a Keeping Up With the Kardashians episode from in 2012 where Jenner invites her "really good friend" Bass over for dinner with the fam with his then-boyfriend, Turchin. In September 2012, Jenner was also spotted "bumping and grinding" with Bass at a New York Fashion Week after-party, and having a grand old time with her friend.

What I've gathered from all of this is: if Kris Jenner dirty dances with you, you've entered the inner circle of the Kardashian world. You've made it, kids.