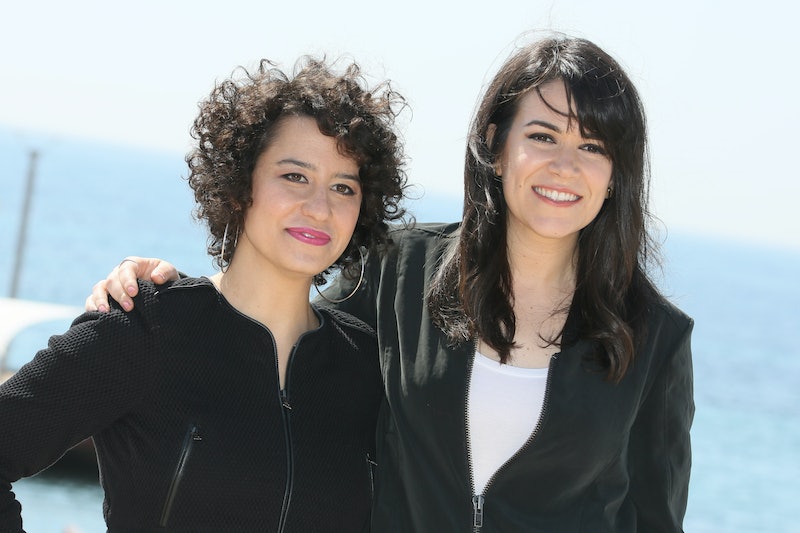 Because sometimes life really is great, Deadline is reporting that Comedy Central's brilliant comedy Broad City has been renewed for season 3, only hours ahead of its season 2 opener scheduled to premiere on Wednesday night.

As anyone who is a fan of the show will likely agree, this is amazing news for quite a few reasons: Most of those reasons, frankly, I shouldn't even fully get in to because this post will just end up devolving into a series of exclamation points and GIFs since it makes me that excited. But the most important, without a doubt, is that this series (which was created by its stars, Ilana Glazer and Abbi Jacobson, and is executive produced by actual comedy God Amy Poehler) should pretty much be required viewing for every 20-something, because it's so unabashedly real about women. It's not often that female-led shows dominate the television landscape, and it's especially not often that those shows involve genius scenes between characters discussing how the vagina is "nature's pocket" (Ilana hides her weed in there, because why not) or full montages that parody Drake music videos. Television needs more of these shows, now more than ever — but until that happens, it's great that there's at least one which is brilliantly written, brilliantly acted, and brilliantly produced.

Basically, this show is great, and if you've never watched it before, you need to immediately stop whatever you're doing at the moment (I don't care if it's important! This is important!) and marathon season 1 immediately.

Upon announcing the news of Broad City 's season 3 renewal, Comedy Central's President of Content Development and Original Programming, Kent Alterman, joked about the lack of female television shows in perfect tongue-in-cheek fashion: "It has just been brought to my attention that Broad City is a female-centric show, but we’re going to do more anyway."

BEST NEWS EVER. Season 2 of Broad City will premiere Wednesday night, at 10:30 p.m., on Comedy Central.