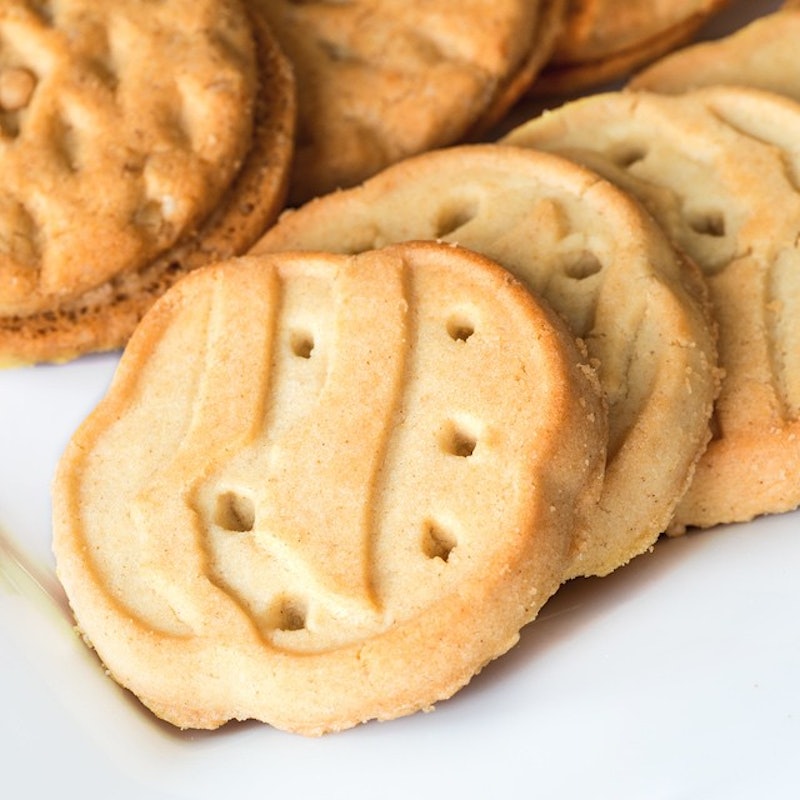 Girl Scout Cookie season is upon us, which is awesome — but you know what can make this magical time of year better? Girl Scout Cookie and alcoholic beverage pairings. Because nothing beats nibbling your Thin Mints while sipping the perfect booze-tastic drink on a cold, winter night. Am I right, or am I right? I’m not always right, but in this case, I definitely am. Don’t even try to pretend I’m not.

Although I’m sure Girl Scout Cookies are still popular with the kids these days, the fervor with which most adults anticipate their arrival far surpasses the devotion most children have to these sweet treats. As such, it’s not exactly surprising that wine, beer, and other alcohol experts have begun weighing in on what to drink with which cookie. This year’s crop of new suggestions has just started floating in, so let’s take a look, shall we? First We Feast assembled a few suggestions from the Bourbon Review and Craft Beer & Brewing, making it a useful place to start; I’m going to take the conversation a bit further, though, and add in a few wine and cocktail suggestions. Grab your bottle opener, your corkscrew, and your shaker — it’s about to get delicious all up in here.

Beer: Stout or porter. Craft Beer & Brewing recommends Alesmith Speedway Stout, while the Beer Chicks champion Hitachino Nest Espresso Stout. I’ve never had the Alesmith brew, but I can vouch for Hitachino — pretty much everything they make is fantastic.

Wine: You’ve got a few options here, depending on how sweet you want your overall pairing experience to be. Eric Nagel of the Wine Club Group and wine columnist Scott Greenberg both suggest a shiraz or a syrah; however, wine expert Kris Margerum told the Huffington Post a few years ago that a deep, rich port is the way to go. Take your pick.

Hard liquor: For the bourbon fans out there, the Bourbon Review recommends the slightly minty Basil Hayden’s; however, you might also try a chocolate martini or a copycat version of San Francisco hot spot Alembic’s “Bunny Slope” cocktail.

Beer: Peanut butter can be a little tricky to pair with; there aren’t really any rules, so opinions differ dramatically depending on who you talk to. Some swear by Lindeman’s Framboise; others suggest a banana bread-flavored beer (try Wells Banana Bread Beer); and still others opt for a brew reminiscent of ‘smores.

Wine: Sweet reds are the way to go: Port, petite syrah, and so on. I would also imagine anything that goes well with Reese’s Peanut Butter Cups according to Vivino’s Halloween candy pairing chart would also fit the bill.

Hard liquor: Did you know that there is a bourbon with peanut butter notes? I did not, but there is: Johnny Drum. You might also try an Old Fashioned, if you want to get fancy.

Beer: Although my gut instinct was to pair these suckers — which happen to be my favorites, by the way — with another round of stouts and porters, there are other options out there. Sure, you won’t go amiss with Maui Brewing Co.’s Coconut Porter or Brooklyn Brew Shop’s Peanut Butter Porter (according to the Brooklyn Brew Shop itself); however, Melissa Mackaly also suggests Founders Dirty Bastard Scotch-style ale.

Wine: Perhaps unsurprisingly, Samoas call for dessert wines like tawny ports and tokays, according to WTOP and the Pittsburgh Post-Gazette.

Hard liquor: The Bourbon Review’s bourbon of choice for Samoas is Angel’s Envy Rye; given that Angel’s Envy is aged in Caribbean rum casks, I would imagine a good, dark rum would also pair nicely with them. It’s probably not an accident that Alembic’s Samoa-paired cocktail has a healthy slug of spiced rum in it.

Beer: According to Matt Simpson of the Beer Sommelier, you’ll want to enjoy your Trefoils with a caramel-y dopplebock. Jim Galligan writing for TODAY.com back in 2013 also suggested Bridgeport Smooth Ryed, an ale full of toasty malt flavor with a kick of spicy rye.

Wine: Like champagne? Try a little bubbly with your shortbread — it’s universally suggested as an excellent idea.

Hard liquor: If you’ve been looking for the perfect opportunity to break out the Pappy Van Winkle, now might be it, says the Bourbon Review.

More like this
How Long Does Leftover Stuffing Last? Here's When To Toss It
By Chelsey Grasso and Alexis Morillo
The 77 Cheapest, Most Clever Gifts On Amazon
By Rebecca Martinson
TikTok’s Viral Tunacado Sandwich Is The Internet’s Favorite Lunch Right Now
By Alexis Morillo
Pepsi’s Festive Flavour Is Finally Coming To The UK
By Sophie McEvoy
Get Even More From Bustle — Sign Up For The Newsletter