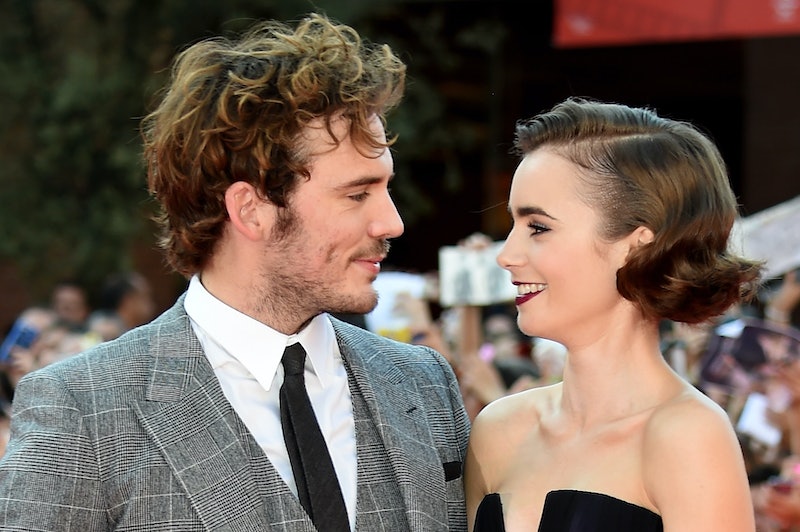 While England is an English speaking country, there are many varying degrees of slang. Just how trendy words from your parents' generation are different than those of your youth, English residents have their own set of vocabulary. This became increasingly clear while watching the British romantic comedy Love, Rosie , starring The Hunger Games' Sam Claflin and The Blind Side's Lily Collins.

The film centers around two childhood friends, who, through a series of unexpected life twists and growing up, weave in and out of one another's lives. I sat down with the two stars to talk about the film, and in turn, the unique vocabulary of British citizens.

Sam Claflin, the eerily good-looking British Hunger Games star, said he found most differences from American to English slang in describing food. "We have so many ways to describe foods," he said. "Like we'll say, 'That is fantastic! It was phenomenal, brilliant, delicious, yummy...' Whereas Americans are like, ' Eh, It's great, it's good." The British are very, very descriptive."

So how do the British translate these American words? Let's find out, in this (very abridged) English slang dictionary, according to Love, Rosie stars.

Claflin adds: "I still struggle with the American word 'Bathroom'. Why do you call it a bathroom if the room is just, quite literally, a toilet? Why do you call that a bathroom without a bath in it? When you're in a restaurant and people ask for the bathroom, I hope there's not a bath. I hope people aren't bathing after their meal in the lavatory."

She adds: "I was so shocked the first time I heard it. But apparently 'great crack!' means to have a good time."

American Word: Trunk (of a car)

She says: "Even the F-word is more endearing, you don't exactly know if it's a swear word, it just sounds cute. They're more fun."