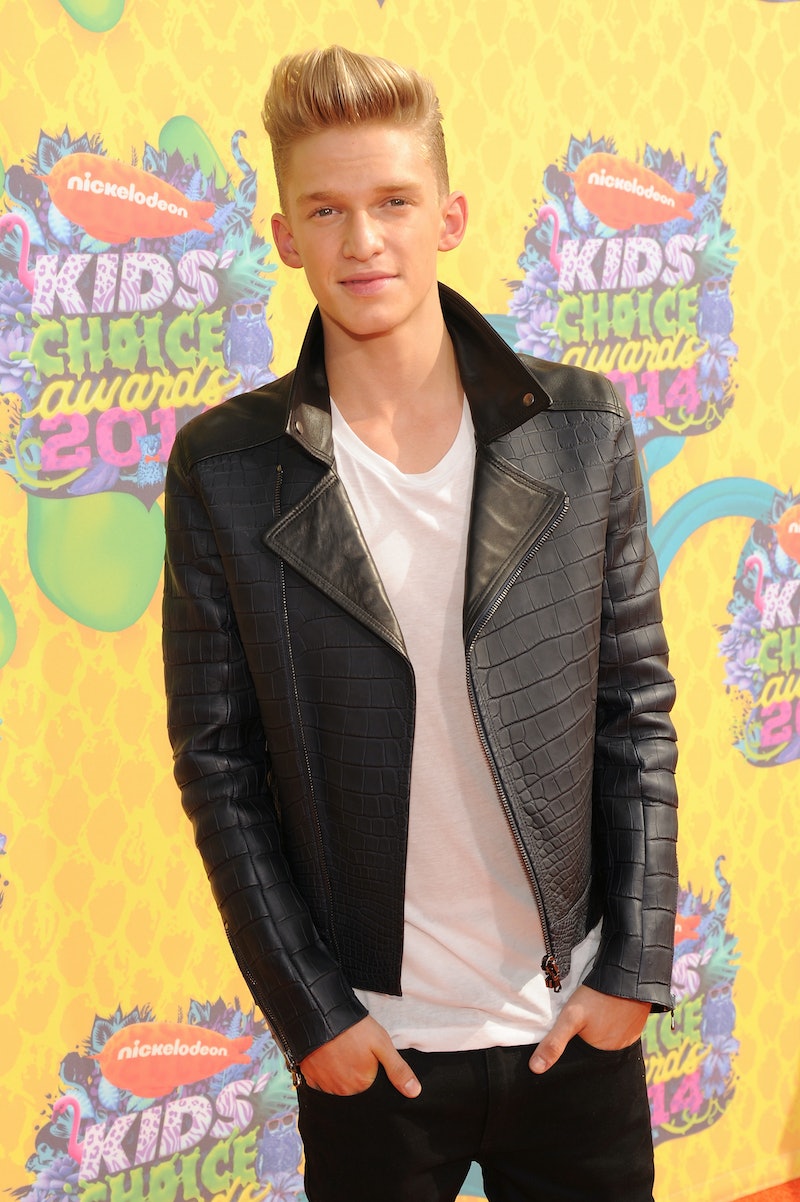 I didn't celebrate my 18th birthday like this, but, then again, I'm not a celebrity. Cody Simpson celebrated his 18th birthday with lots of famous faces and a "wild" party. From Justin Bieber to Jaden Smith to Miley Cyrus to Patrick Schwarzenegger to Gigi Hadid to McKayla Maroney, the Australian's b-day was not lacking on the celebrity front. Does that really surprise you? Yeah, me either.

The singer spoke with Just Jared about his party and said,

I had an awesome 18th party at a beach house in Malibu, with some of my mates from Australia and some new friends from the states. Things got pretty wild.

What does he mean by "wild?" How about the fact that Simpson ruined his phone thanks to it ending up in the pool. A party doesn't count unless someone gets thrown in a pool, right?

Simpson took to Instagram to chat further about his celebration and thank everyone for their well wishes. He said,

My 18th birthday ended up a little too wild, I was thrown in the pool with my phone in my pocket. If you’ve been trying to contact me I lost everything and didn’t have the chance to read or respond to birthday messages. Thanks for all the lovin though. Was just shown by a techy-sabby mate how to open up a messaging account on my laptop but I lost everything. Send em through again! Also – getting ahold of photos from the party. Will get them up once I get a new phone. Cheers!

As great as all that sounds, what's really exciting is that Simpson had his very own pizza cakes aka two birthday cakes that looked like pizzas. Yeah, I'm going to need some of that, stat. Not only do I love pizza, but I also love cake. (Also, if they were vegan, that'd be even better.)

To get the full effect, here are some photos and videos from Simpson's b-day. Pay extra close attention to those pizza cakes. Excuse me while I go make — I mean, buy myself one.