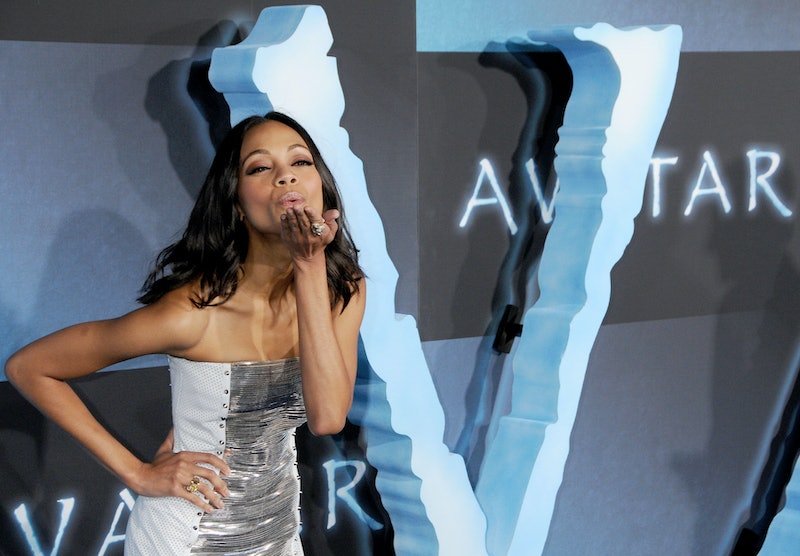 Though it's been just over 5 years since James Cameron's first Avatar film, starring Sam Worthington and Zoe Saldaña, was released in theaters (December 2009!), the oft-spoken about sequel, Avatar 2 , still remains just that: Oft-spoken about, but not actually confirmed. While making fans wait for a sequel can be a great tactic to drive up anticipation and buzz about a film, 5 years is definitely pushing it — leading many to wonder if this film is going to happen in our lifetime, or, at the very least, happen at all. Well, Avatar fans, I've got some good news and some bad news: Good news is, the sequel is still happening, and it's being written as we speak! The bad news, though, is that Avatar 2 's release date has been pushed back to late 2017. As in, more than two whole years from now.

Look, I warned you there was bad news!

So, what's the reason for this major delay, when all previous talk about the film has placed it with a Dec. 25, 2016 release date? According to Vulture, we can blame that all on Cameron simply wanting to be organized: During an event in New Zealand Wednesday, Cameron explained that he had originally wanted scripts for not only the first Avatar sequel, but for the two that are set to follow it — Avatar 3 and Avatar 4 — to be written before production on Avatar 2 began. However, now writing the stories has become a "very involved" process, so it's going to take longer to complete the entire saga.

"There's a layer of complexity in getting the story to work as a saga across three films," Cameron reportedly said of the sequels. "We're writing three simultaneously and we've done that so that everything tracks throughout the three films...We're not just going to do one and then make up another one and another one after that."

While this is definitely sad news for fans who have been patiently awaiting the Avatar sequel for longer than Apple iPads have existed, from a creative standpoint, it does bode well for the movies: Clearly, Cameron wants to take his time with the scripts to create quality stories, and you can't really hate on that — even if it is taking forever and a half. Hopefully, when 2017 does roll around, the wait will be well worth it.

More like this
Here’s Everything Coming To & Leaving Netflix In July
By Grace Wehniainen
What’s New On Netflix: 'Stranger Things' & 'Mean Girls'
By Arya Roshanian
The 'Hocus Pocus' Sequel Finally Has A Release Date & It Makes Total Sense
By Shannon Barbour and Radhika Menon
Is Austin Butler Really Singing in 'Elvis'?
By Arya Roshanian
Get Even More From Bustle — Sign Up For The Newsletter