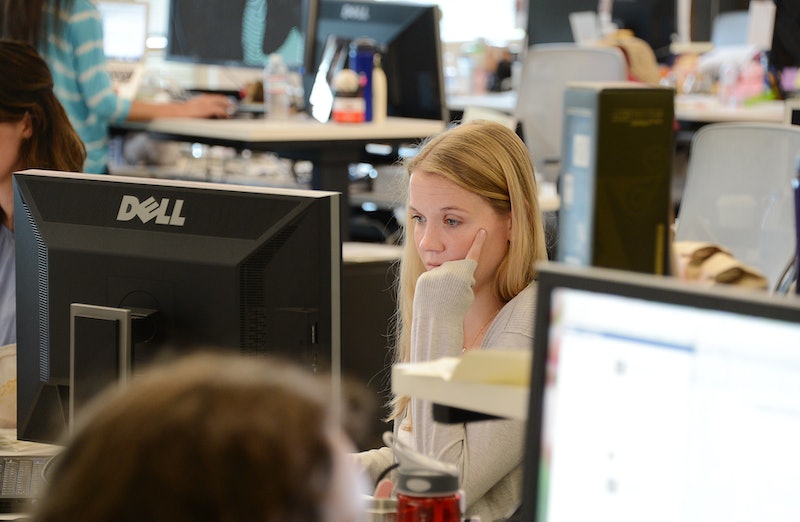 Working in an office is often seen as soul-crushing and monotonous, but it doesn’t have to be — just ask Reddit. An AskReddit thread posted earlier today prompted the content sharing site’s denizens to offer their best suggestions for things every office worker should keep in their desk, and you know what? It’s actually full of really good ideas. I mean, I don’t even work in an office — or at a desk, for that matter (I have this weird quirk where the more desk-like the object I’m seated at, the harder I find it to write) — but I’m starting to think that maybe I should add one or two of these things to the corner of the coffee table from which I typically do all my writing.

We make jokes about the horrors of offices, cubicles, and open plans all the time, but sometimes I wonder if maybe some of our ire can be mitigated with just a little bit of an attitude adjustment and a few creature comforts. We know that taking breaks is good for our productivity levels, for example, so why not keep a few things around to play with during quick breaks? Or find ways to treat seasonal affective disorder even while we’re at the office? Yes, sometimes jobs can be totally soul-crushing — but we can also actively find ways to make it less worse for ourselves, rather than just wallow in it.

That’s what I think most of these desk suggestions are getting at: They’re ways to make your work environment a slightly more pleasant place to be. They won’t fix everything, but they might just give you a little boost to help you get through your day. Maybe they’re worth a shot, no?

Studies have actually shown that people are more productive when they have some greenery in their environment, so maybe it’s time to get that little potted plant you’ve always wanted. If you’re worried you might cause it to, um, die (that would be me), people tell me those little tiny cacti you see all over the place are very difficult to kill.

The best part? You don’t even have to be listening to anything. Just stick ‘em in your ears — it’s the universal sign for “leave me alone.” But if your office is the sort where headphones are frowned upon, or even outright banned? I can say only this:

Never underestimate the importance of remaining hydrated, even if it means you have to pee every hour, on the hour.

Heck. Yes. I found the one seen here on Amazon, but in case you’ve been living under a rock since the beginning of 2015, the newest under-desk hammock innovation is Kickstarting itself right now. Just FYI.

5. A Reason to Leave Your Desk Periodically

More things backed by science: Sitting too much might be killing you. Give yourself a reason to get up and walk around every so often, even if it’s just to visit the water cooler or whatever. You could also think about investing in a standing desk, if you have any kind of say in your office’s furniture scheme.

6. Some Things to Play With

Other suggestions scattered throughout the thread include Newton balls, one of those little drinking bird things, and action figures. Required soundtrack:

Especially in the winter. Nothing sucks more than arriving at the office when it’s still dark out, spending all day in an artificial, fluorescent environment, and then leaving after it’s gotten dark again.

8. Someone Who’s Fun to Work With

OK, so technically you can’t keep this one on or in your desk; you also may not have any control over whether or not someone who fits this description exists in your office. But even if the circumstances or available coworkers aren’t ideal, try making friends — it’ll probably make the days go by a little faster.

9. Things With Which to Make Your Favorite Warm Beverage

If you’re not into coffee, try keeping an electric kettle and some tea or hot chocolate mix around instead. There’s something really soothing about being able to have teatime in the middle of a rough day.

Snack wisely and in moderation, of course, but do keep your blood sugar levels up throughout the day.