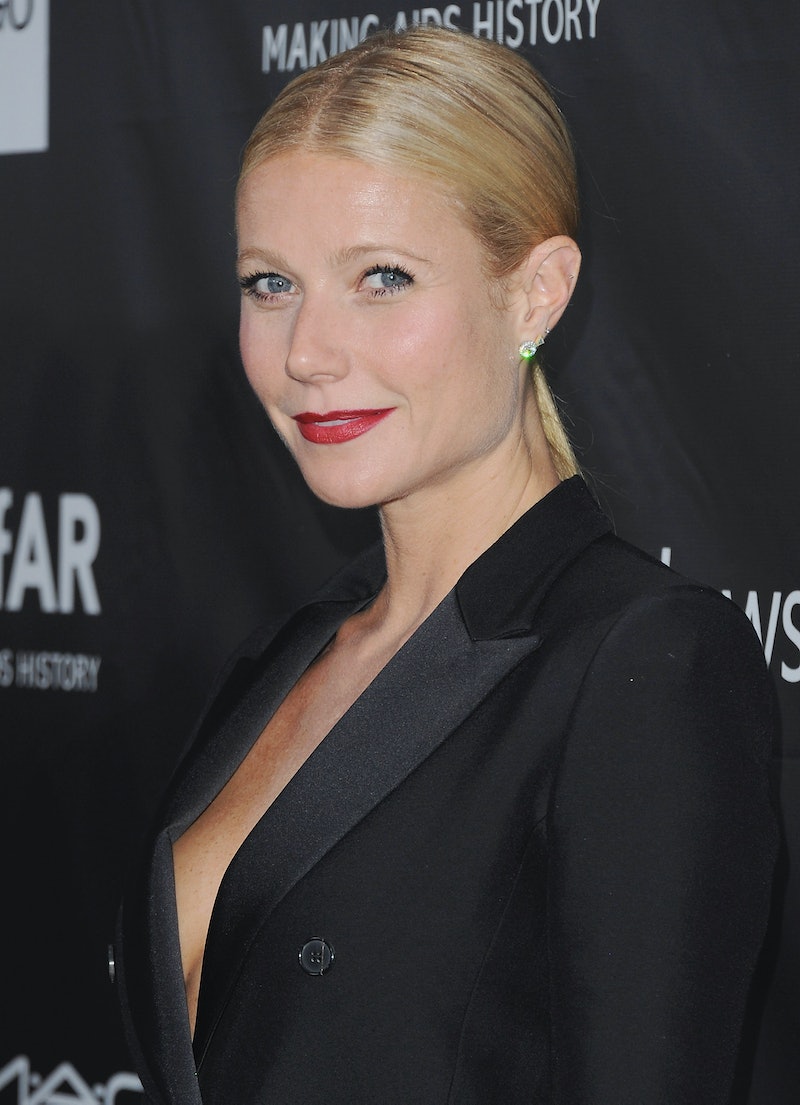 Not to freak anyone out, but I'm convinced that something wicked this way comes whenever a celebrity gets a little too candid during an interview. I can sense it like animals detect earthquakes or tornadoes before the funnel cloud even descends from the sky. Sometimes celebrity candor can be refreshing, but I'm concerned that one response from Gwyneth Paltrow's interview with Howard Stern may have roused a slumbering beast. After naming Cameron Diaz, Beyoncé and Jay Z as her closest famous friends, Paltrow revealed she called the Carters after Elevatorgate. One can only hope that this simple admission doesn't reignite the speculation on whether a billion dollars was the sole cause for shit to go down in that elevator.

Stern specifically asked Paltrow how she reacted to the incident and she gave a general response saying, "I never say, 'What's going on?' If any of my friends have anything like that, I call right away. Absolutely... If someone's clearly going through something, I always go straight for it."

OK, so it's clear what happened here. Paltrow is far too GOOP-ed and refined to describe her precise reaction, so allow me to insert the following loose translation: "Um, hell yes, I totally blew their phones up as soon as I heard the news. I also IM'd, sent back-to-back text messages, attempted to Skype them, and left multiple frantic voicemails until they gave me a play-by-play of the entire fight and assured me that everything was fine."

Well, it's nice to know that Paltrow is more than attentive to her friends when they're going through some things, but when it comes to publicly discussing anything remotely close to what happened in that godforsaken elevator, didn't we leave that in 2014? She did attempt to respond in a roundabout way, but at the same time, she let everyone know that she's likely privy to some details surrounding an incident that had the majority of the planet's population clamoring for answers.

Perhaps I'm simply overreacting and nothing will come of this revelation. But if someone else tries to pressure Paltrow for further details, it would be best if she shrugged it off with a friendly "No comment."Image: Giphy