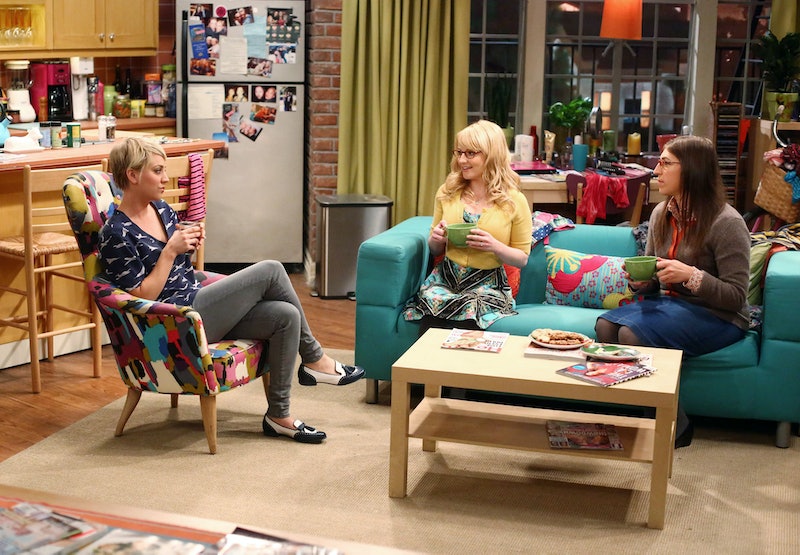 Awkward conversations — where "awkward" is defined as "stilted, strained, or without flow" — are about as fun as trying to take apart a car engine with your teeth. Unfortunately for all but the smoothest and George Clooney-est of us, they're also a pretty common part of human interaction. From small talk at a networking job fair to meeting an ex-hook up on the street to dealing with a colleague's horrible jokes, awkwardness threatens all of us, like a dark thundercloud of limp laughs and dead pauses. Studies show it only takes four seconds for a conversation to get awkward; and it can be seriously hard to pull it back.

As a person who was once Candidate A for most awkward woman in the Southern Hemisphere, I have been there. If you met me between the ages of 0 and approximately 19, you probably came away with a sense of creeping dread at the thought of ever talking to me again. I tried too hard, couldn't read body language, talked too much, and was generally appalling. I am here to tell you that it doesn't have to be like that.

Until somebody invents the (perfectly reasonable) job title of Personal Dialogue Provider, a hireling who follows you around Amelie -style providing easy banter and bon mots for your every conversation, we're stuck with dealing with it ourselves. Through hard labor and observing genuinely socially competent people, I've learned to bluster through the Wall Of Awkward while looking (most of the time) like I know what I'm doing.

Here are my 9 tips for making the awkward vanish from any conversation.

1. Talk, but don't dominate the conversation.

Good conversation is a balanced back-and-forth. If you notice an awkward pause, just vault over it gently by filling it with something that's connected but leads the conversation in a new direction. Other than this emergency situation, though, don't let yourself get carried away. If the other person is quiet, prompt them with questions and give them plenty of space to respond. If somebody else talks over you, cede ground.

2. Refuse to acknowledge the awkwardness.

If the situation gets tense, quiet, or otherwise horrible, the best (if hardest) thing to do is pretend you haven't noticed. I once saw a veteran dinner party hostess do this: she simply took the pause as a chance to go back to an earlier part of the conversation, seamlessly. It felt natural and left everybody at ease. Half the problem of awkward pauses is that they give you time to worry that everybody else is blaming you for being awkward (see #3). This method gives the illusion that nobody even noticed.

Of course, this only works if it's natural awkwardness, and not somebody being an asshole. In which case Asshole Protocol is initiated, which is up to you and your taste for public tellings-off.

3. Don't allow yourself to believe they hate you.

Awkward pauses fill and become unsurmountable because we're so busy fretting that everybody thinks we're terrible. This negative thinking pattern is not useful — and also likely rubbish. Everybody else participating in the awkward silence is likely thinking the same thing about themselves. Awkward people are a self-loathing bunch. Notice this thinking pattern, acknowledge it, and try to shut it up.

Conversation flows better when humans feel like they're genuinely bonding, as opposed to going through stilted motions (this is why small talk is the devil). So try to find something the other person does that genuinely interests you, and react to something you've both experienced (but that's not the food or weather). My friend likes to ask people "Have you come far?" and then proceeds to their home towns, their interests, their lives in general. This is a woman who has never met an awkward moment she didn't crush.

5. Use your body language.

Do not shuffle your feet, bend your head, keep checking your phone, or look around the room for other people to talk to. Don't touch anybody you're not intimate with or cross your arms. Focus on the other person or people; look them in the eye or face while they're speaking, mirror their movements, and stand up straight.

Mine are "Yeah, so" and a small accidental sigh. My (very eloquent) brother's is "Um." Everybody has natural behaviors that come out during breaks or pauses when they've lost the thread and are trying to find it again. Notice these and squash them: other people are hyper-sensitive to your tics and take them as signals that you're not interested or are drifting off.

By good questions, I mean ones that don't have yes or no answers. Don't go for their interpretation of quantum theory or Kantian philosophy, but get hold of something they're interested in and ask them about it. And, crucially, give them time to put together an answer.

Not ridiculous ones — you don't have to rave about them — but Regina George had it right: easing the conversation with a well-placed compliment, perhaps about something they wear/are carrying and seem to treasure, is a good start (if it's sincere, that is). If it's a watch, talk about watches you've wanted, ask what they'd recommend, or riff on it generally, and lead onto other topics.

This is point alpha and omega in awkward conversations: let other people know you're not judging them and that you don't mind things going slowly. This means being a respectful listener, a smiling respondent, an intelligent questioner and a considerate person in general. Basically, be Ban Ki-Moon. You'll be fine.

And if all else fails, remember: everything ends, eventually.