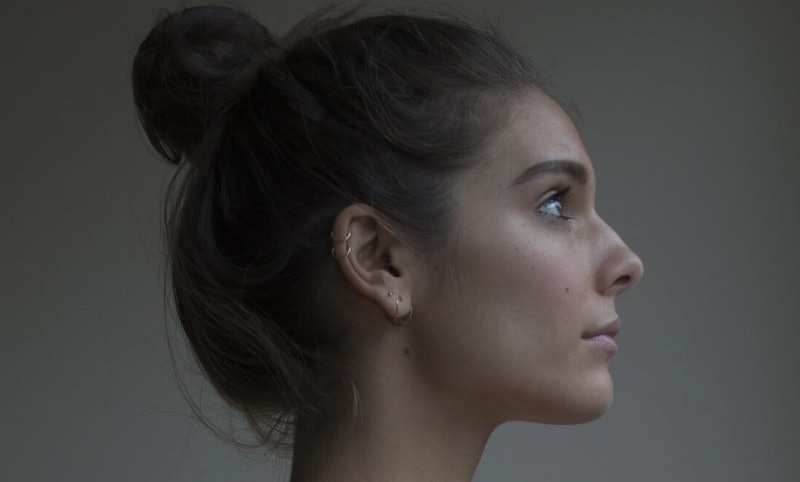 With a slew of actresses publicly professing their support of women’s equality — Lena Dunham, Emma Watson, and Amy Poehler among them — the feminism movement continues to grow as a powerful force in our culture. Alongside global campaigns like Free the Nipple and Yes All Women, there's now a new female empowerment website by Reign actress Caitlin Stasey called Herself.com (“NSFW” by your lame boss’ standards). The site displays the naked and unretouched natural forms of multiple women who share their experiences with systemic sexism and body-shaming microaggressions. Stasey herself poses for the site alongside the quote: “Women are fucking durable and powerful.” And Stasey backs that up with some hard-hitting feminist dialogue.

Herself shares the narratives of multiple women from various walks of life, asking questions about their childhoods, puberty, sexual development, and gendered experiences as women. Each interview (and I suggest you read through all of them) is accompanied by fearless, photoshop-free nudes that illustrate the beauty in diverse female forms.

Herself was conceived as a tool to “help demystify the female form, to assist in the erasure of coveting it, and to help celebrate the ever changing face of it,” Stasey tells Daily Life. And as most of us have experienced first hand, the brick wall of patriarchy enables a system of gendered microaggressions that perpetuate sexism and stunt gender equality. “I've spent so much of my life mitigating and apologizing: for my thoughts as a woman, my body as a woman, even my taking up of physical space as a woman,” Stasey says.

“Through Herself.com and the work of other women's projects like it, I'm able to maintain sanity and self love through loving these women, who despite the odds are telling the patriarchy to go fuck itself." Amen.

Read the full interview with Stasey on Daily Life, and check out her story and others over on Herself.