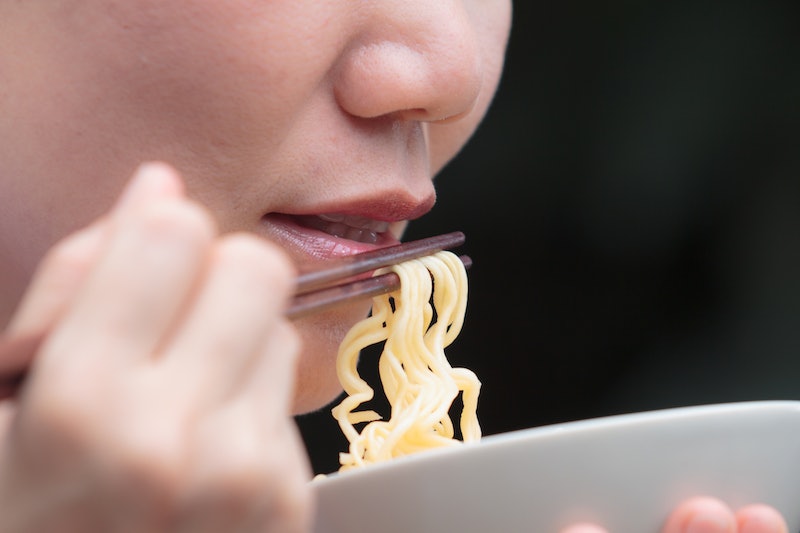 This just in: The Jeju Island Restaurant in Zhengzhou, China, is giving away free meals every day. Fifty free meals, to be exact. Sounds like something to applaud, no? Well, yes. They're giving away free meals — but only to those whom they consider pretty enough. In order to qualify for the free food, one must first undergo an evaluation. Yes, an evaluation — to determine whether one's beauty is deserving of the tasty treats.

Before eating, guests who are "pretty enough" or want to be evaluated are taken to a "beauty identification area" to be photographed. The images are then considered by a panel of local plastic surgeons, whom the restaurant is trying to promote. Reportedly, the plastic surgeons comment on the "quality of their faces, eyes, noses, and mouths." Protruding foreheads are an advantage, apparently.

When the Jeju Island Restaurant began its promotion last Saturday, the restaurant hung a sign outside that read "Free Meal for Goodlooking," leaving nothing to question. The sign did not hang very long, however. Just a few days later, security guards and demolition workers removed it with the help of a crane. They accused the sign of not having "official permission" and claimed the initiative was "damaging to the city's image."

The manager of the restaurant stated that the free meals would not be stopped, but promised to be more careful with their advertising in the future. Despite the demolition of the sign, the promotion will continue.

So just one question: How on earth did this get deemed a good idea? Because it's not even a little bit okay.