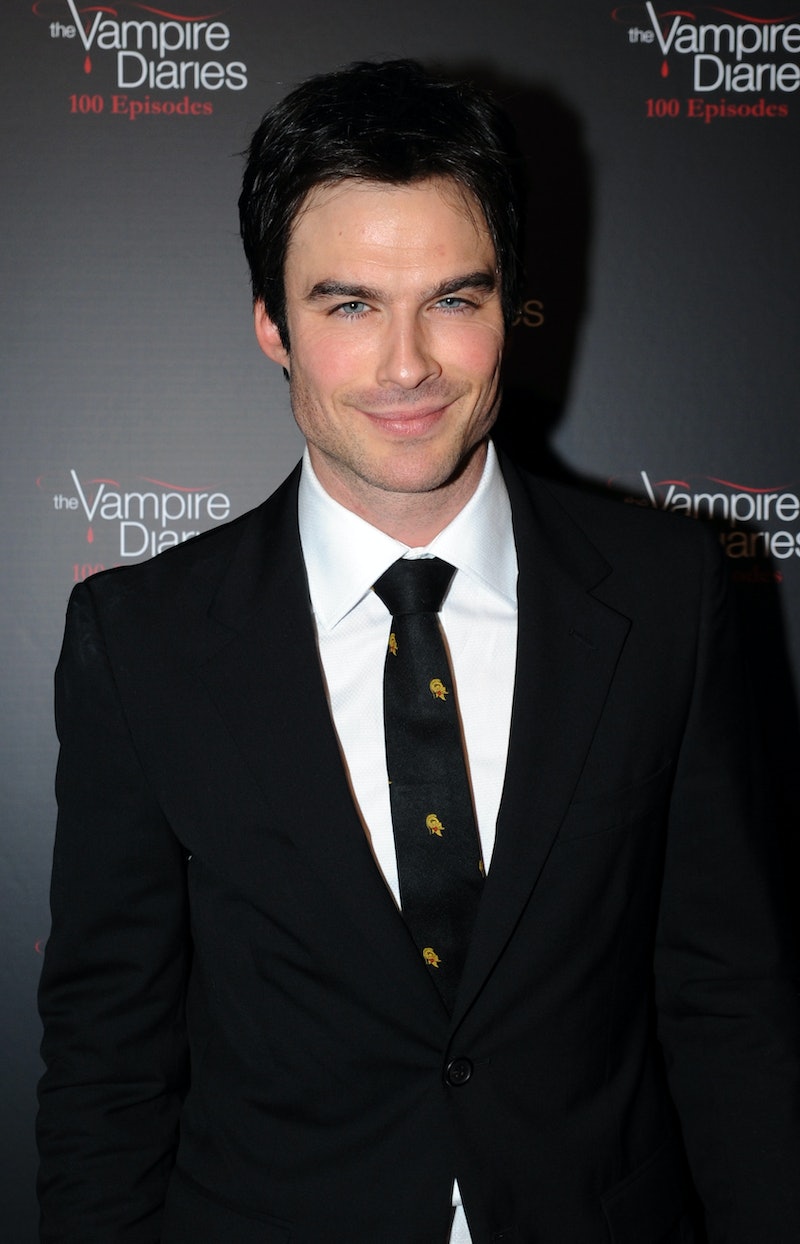 Update: The engagement has also been reported by E! News who say they have received confirmation from multiple sources. Here's some bad news for those who thought they'd one day be walking down the aisle with the Smolderhalder or the Twilight actress. According to PerezHilton.com, Ian Somerhalder and Nikki Reed are engaged. A "source" close to the couple confirmed to the website that the two are "DEFINITELY" engaged. Yep, hearts are officially breaking everywhere, even if the news isn't true.

Apparently, while attending a Golden Globes after-party, Reed was spotted with a beautiful ring on her right ring finger. Some are saying she was trying to fool reporters and everyone by wearing it on the opposite hand. Again, nothing has officially been confirmed.

This news comes days after Reed and her first husband Paul McDonald finalized their divorce. I guess Reed and Somerhalder are super in love and just can't wait to become husband and wife. They definitely haven't been shy about flaunting their relationship. From adopting a horse to sharing photos all the time on Instagram to their amazing dates, the duo just can't get enough of one another.

If you're bitter, so am I. SO AM I. OK, not really. Well, kind of. I'm just a huge Vampire Diaries, Somerhalder, and Damon Salvatore fan. My inner teen just assumed we'd be walking down the aisle sooner rather than later. *Sigh* I guess I can wish them congratulations.

In all seriousness, if Somerhalder is happy, I'm happy. If they are indeed engaged, I wish him and Reed all the best.