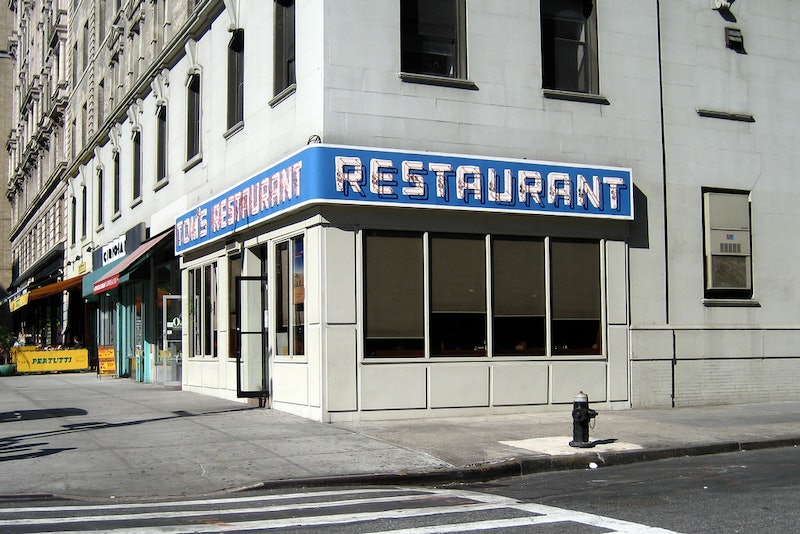 Fun fact: Today, January 16, is National Nothing Day. No, it’s not an “official” holiday — the Internet tells me that would require an act of Congress — but given that its point is to be a non-event, that doesn’t really matter, does it? I mean, it’s National Nothing Day. Of course it's not an official holiday. That would totally defy the whole meaning of the day in the first place. Or something. Right?

According to CNBC, the holiday was allegedly created in the early ‘70s by San Francisco Examiner columnist Harold Pullman Coffin; it’s also seemingly sponsored by something called Coffin’s National Nothing Foundation. However, as Holiday Insights notes, we (fittingly) know absolutely nothing else about it — and to be honest, I’m partially convinced it’s a hoax. A hilarious hoax, but a hoax nonetheless. What has lead me to believe it doesn’t actually exist, officially or un? Primarily this: Google searches for both Harold Pullman Coffin and Coffin’s National Nothing Foundation only bring up short little blurbs on a whole bunch of random websites, and they’re all about National Nothing Day. The circular nature of the whole thing is not only dizzying, but also kind of a red flag. Maybe that's just me, though.

And besides, even if it is a hoax, it’s one of the most entertaining and ultimately harmless ones I’ve ever heard; as such, I’m willing to give it a by. In fact, I might even celebrate it myself. Now, technically, the best way to celebrate National Nothing Day is just by doing nothing — but to me, the beauty of the concept of nothingness is that it’s full of possibility: It isn’t anything, so it can be everything. So, why should we limit the observation of the holiday to one very specific act? Accordingly, here are a few more ways to pay homage. Happy National Nothing Day, everyone!

Or… not. Because wishing someone a happy National Nothing Day kind of defeats the purpose of it, no?

1. Watch or read Much Ado About Nothing.

The 2012 version directed by Joss Whedon is on both Netflix and Amazon Prime; the Kenneth Branagh/Emma Thompson one can be rented from Amazon Instant for the low, low price of $2.99 (or $3.99 if you spring for HD). Or just go and read the play itself, thanks to resources like Open Source Shakespeare.

2. Have a milkshake at Tom’s Restaurant.

This will only be possible if you happen to live in New York, but hey, if we’re going to throw a Seinfeld reference in here — the “show about nothing” and all that — it may as well taste good (or, y’know, decent, but probably not actually good. This is Tom’s we’re talking about here).

3. Remind yourself that Jon Snow knows nothing.

At least he’s progressed from knowing nothing to knowing he knows nothing, right?

4. Challenge yourself to do nothing for two minutes.

Literally. Click the link, then just sit there and enjoy the sound of the waves. No touching your keyboard or mouse.

5. Chow down on a Nothing Bundt Cake.

I have been unable to determine why this bakery franchise is called Nothing Bundt Cakes, but I don’t really think that matters — because cake.

6. Brush up on why we should all get comfortable doing nothing.

It’s a band. Find out more at wearenothing.bandcamp.com.

8. Whisper sweet nothings to someone.

Just make sure it’s someone you know. Otherwise it’ll be kind of creepy.

9. Read The Book of Nothing.

It’s not about nothing; it’s about the origins of the universe. From nothing comes… something.

It’s a ghost town that’s been uninhabited since 2011. Spooky.

More like this
81 Epic Truth Or Drink Questions To Play 'Say It Or Shot It' With
By Bustle UK
Jennifer Lopez Found The Perfect Ben Affleck Throwback Video For Mother’s Day
By Stephanie Topacio Long
Meet The Disney Imagineer Bringing 'Guardians Of The Galaxy' To Epcot
By Charlie Mock
Here's Your Daily Horoscope For May 18, 2022
By Mecca Woods
Get Even More From Bustle — Sign Up For The Newsletter