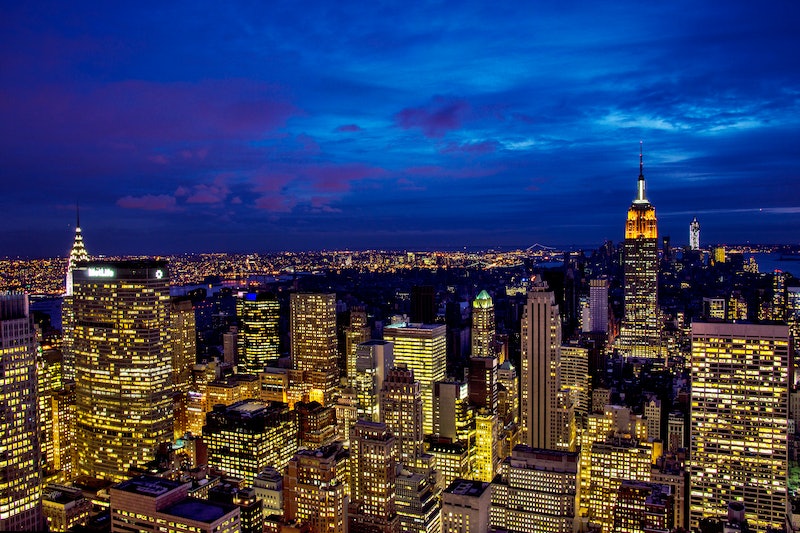 New York City's recent fickle weather has been tough for everyone, but it's even worse on those of us who grew up with the warm, consistent weather of Los Angeles. I usually get homesick every winter — it's especially bad after I talk to my parents and find out the temperature was 80 degrees there in the middle of the winter, while I'm here, freaking out about wind-chill advisories — but there are times all year round when being a Californian in New York is a challenge. When people ask, "Why would you ever leave southern California?" I know that it's a valid question.

Don't get me wrong, I love New York City. There are plenty of reasons why it's worth living here — from the limitless choices for theater and other cultural activities, to the accessible public transportation, to the range of food options available any time of day or night. I've lived here for seven years now, and in that time, I've adjusted to life in this big, bad city and learned a lot about what it takes to survive here — for example, how to avoid eye contact with anybody who wants to know if you like comedy, says they have a question about your hair, or asks where all the best public bathrooms are. It's a skill.

But I'll never forget my roots — I still consider myself a Californian. So whether you just moved here or have lived here for years, if you'll always consider yourself an Angeleno, even while you're running for a rush hour 6 train, here are some things that you'll understand.

1. When You First Moved Here, Everything Seemed So Novel

You can get anywhere on the subway and you don't have to worry about parking! Look at all the pretty lights in Times Square!

Central Park is so beautiful when it's covered in clean, white snow.

3. You Were Saddened When That Snow Quickly Got Dirty And Gross

Now it's not magical; it just means that you can't wear the shoes you want to wear. And it's cold!

5. You Learned That You Actually Have To Check The Weather Online

And then you overcompensate by wearing too many layers because you don't know how to dress for any weather that is below 60 degrees.

6. Everything That Once Seemed Exciting About New York City Became Annoying

But at least, now that you're perpetually annoyed, you fit in with the New Yorkers.

7. You Don't Understand Why People Don't Respect Your Personal Space On The Subway

If you're touching me, you're too close. How hard is that to understand?

8. You Don't Understand Why Everyone Here Says "On Line" Instead Of "In Line"

When people ask if you are waiting on line, you want to tell them, "No. I'm waiting in line." Online is where you go to send e-mails and look things up. In line is what you do at a grocery store.

9. You're Not Comfortable With Jaywalking

When you're walking with your friends and there's a red light, they are already at the other side of the street before they realize that you're still waiting for the green man to appear so you can cross.

But you're still going to eat at Chipotle. Because while it may not be authentic, it tastes delicious and it's cheaper than most places in the city.

But you complain that it is way more expensive than In-N-Out the whole time. And they don't even have animal style fries!

12. You Freaked Out When They Opened The First Coffee Bean & Tea Leaf In New York City

And none of your New Yorker friends understood why. Two words: ice blended.

13. You Freaked Out When They Opened The First Yogurtland Here, Too

And you start to give them recommendations for things to do in California, until you realize they mean Disney World.

15. You've Had To Adjust Your Language When Making Plans To Meet

16. You No Longer Laugh At What People On The East Coast Consider Long Distances

Now you complain about having to go from Brooklyn to Queens. The concept of what's far is really different on the subway than in a car.

17. You Feel An Instant Connection To Anyone From Southern California

Finally, someone who understands you taco snobbery!

18. There Are Things You Really Don't Miss About L.A.

Mostly the traffic. And searching for a parking spot.

19. Still, If Anybody Talks Smack About Your Hometown, You Will Defend It

Only people from L.A. can insult it! And believe me, we've heard it all: everyone in L.A. is superficial or lazy or too health conscious. But we know the truth: people from L.A. are awesome.