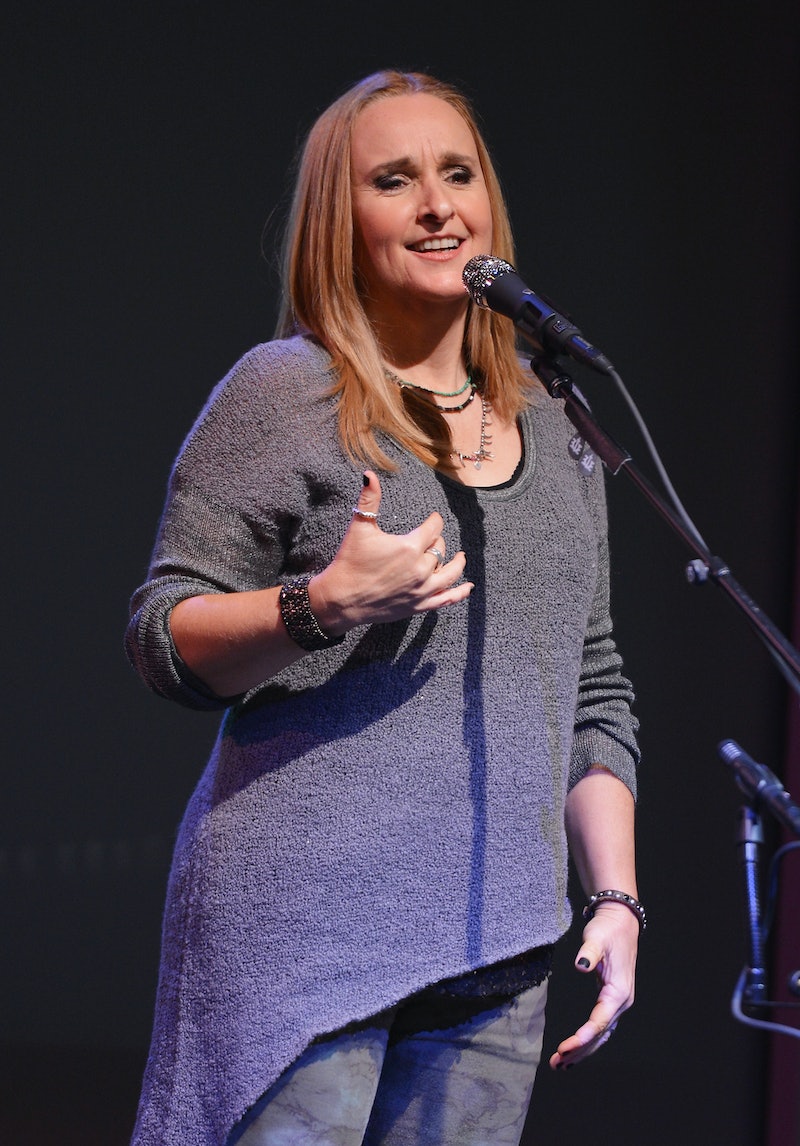 In an interview with The Washington Blade , Melissa Etheridge threw Angelina Jolie's decision to get a double mastectomy some serious shade. She spoke from the exulted position of having survived cancer, saying, "I actually think it's the most fearful choice you can make when confronting anything with cancer." Sure, because mastectomies are famously known as the pussy's way out. Feeling a little wimpy about cancer today? Get a mastectomy!

The singer also said, "I believe cancer comes from inside of you and so much of it has to do with the environment of your body," thus proving that being an activist-y singer-songwriter somehow also imbues you with a medical degree. Despite being a long-time friend of Brad Pitt, Etheridge more or less condemned Jolie's decision, saying that things like "nutrition and stress levels" are really the bit to worry about when it comes to cancerous genetic mutations. But, then again, there's this crazy thing called oncology and they're not just medical shamans, dancing naked round a campfire and invoking pagan gods. They actually make scientific discoveries based on evidence. Stick that in your stress pipe and smoke it.

When asked about the interview, Pitt was decidedly nonplussed about Etheridge speaking out against his fiancé. (Fair, considering how publicly supportive he has been of her decision.) Public awareness is public awareness, sweetheart. Jolie gave up her famous lady lumps and if you can't get behind that, your famous song title was right: You do need to wake up.