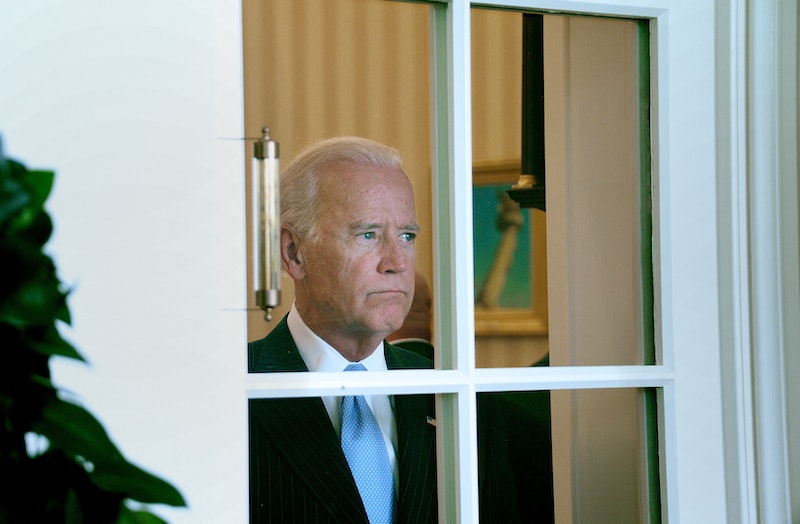 A vehicle drove near Vice President Joe Biden's Delaware home Saturday night and fired multiple gun shots, CNN reports. A Secret Service spokesman told CBS News that the vice president and his wife, Dr. Jill Biden, were "out for the evening." Federal sources say there's no evidence that the Bidens' home was the intended target, and a search showed that none of the bullets appear to have hit the home. The shooting occurred outside of the security perimeter surrounding the residence.

Federal officials are working with local authorities. Secret Service spokesman Robert Hoback told CNN that a vehicle drove by "at a high rate of speed" and fired multiple shots. He said:

This occurred on a public road outside the established security perimeter. The shots were heard by Secret Service personnel posted at the residence and a vehicle was observed by an agent leaving the scene at a high rate of speed.

The shooting occurred around 8:25 p.m., and the Secret Service and the New Castle County Police, the local police service, were unable to catch the vehicle. A man who tried to drive past the property around 9 p.m. was taken into custody after an altercation with a New Castle County officer, but it is unclear whether he had anything to do with the shooting. The man will be “questioned regarding the shooting incident last night to determine if he was involved in any way,” an official told The New York Times.

Now, officials are canvassing Biden's residence and neighboring properties to see if the bullets hit any structures. Biden's home sits several hundred yards from the road and is not visible. CNN reports that Biden was expected to spend the weekend at the Delaware residence. According to MSNBC, the Bidens were briefed on the incident Saturday night.

The NBC affiliate in Philadelphia reported on Thursday that Delaware Air Guard Base, the air base that services Biden, had raised its threat level after several security probes were reported.