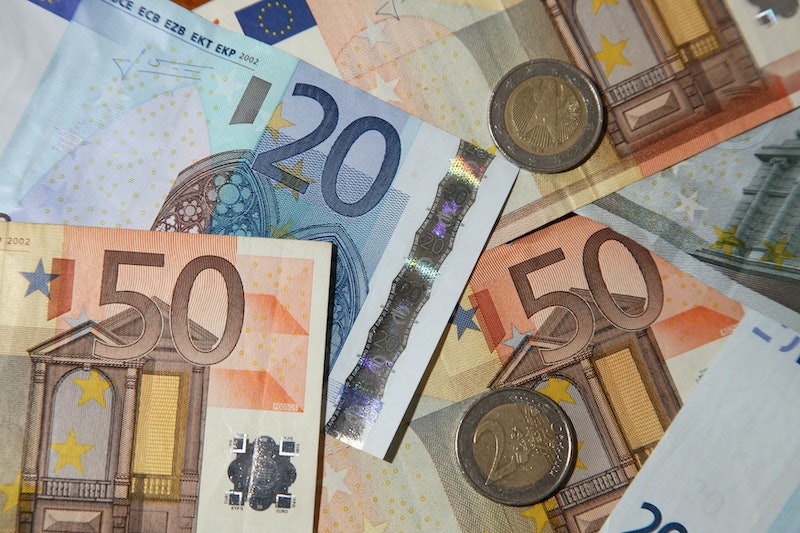 With the euro at a record-low value against the dollar — latest reports have the current exchange rate at $1.15 per euro, down from a high of $1.45 — American consumers are benefitting from the dramatic shift of global currencies that started taking effect at the end of last year. Financial experts expect the euro to continue to fall, with Goldman Sachs predicting parity by the end of 2016 with the continued strengthening of the dollar, according to Bloomberg Businessweek. All of this is good news for Americans, particularly those traveling to eurozone countries, where flights, hotels, food, and other goods are cheaper than they have been for the past 11 years.

Morningstar economist Francisco Torralba told ABC News that many Americans won't notice a difference on the price of consumer goods in the United States because most European imports are industrial products (and in fact, European brands of consumer and luxury goods might increase prices slightly to make up the difference). But it is a boon for those who travel often or do business across borders, with The New York Times and CNBC reporting that Americans and those who pay in dollars can expect a 10 to 15 percent cut in prices in countries using the euro.

Those looking to buy property could benefit from near-zero interest rates across the eurozone. "Finally Europe is on sale for Americans suffering from a previously weak dollar, "Josh Wyatt, chief strategic officer at Generator Hostels, told ABC News.

And due to further instability in global markets, the dollar is at a high against the Japanese yen and the Russian ruble as well. Falling global oil prices, too, are benefitting Americans — particularly the middle class — and are contributing to the healthiest economy in the states since before the 2008 recession. In fact, Bloomberg's Consumer Confidence Index has been steadily increasing and is at its highest level since 2004. With the Federal Reserve likely to raise interest rates sometime this year, the American economy could strengthen further.

But there could be some negative ramifications of a falling euro, too. American companies that export to Europe — Nike and Costco are just two of the companies that have warned about the perils of a rapidly-strengthening dollar — could see declines in revenues as European consumers start buying seemingly-reduced local goods as opposed to inflated American goods. Converting the relatively weaker euro back into the dollar could also stifle corporate profits. And on the flip-side of the travel coin, trips to America from Japan and European countries will now be slightly more expensive, meaning American tourism could take a hit.

David Huether, the senior vice president for research at the U.S. Travel Association told The New York Times that the organization expects that a 10 percent rise in the dollar should create a 0.2 percent drop in the number of travelers to the U.S., which isn't particularly worrisome. "The value of the dollar will have some impact, but I think travel will be less impacted than other goods and services," Huether told the Times.

Effects on the stock market are mixed. However, because the domestic American economy is so strong, most losses are being offset, at least for now. And if you employ workers in eurozone countries, you're likely saving money.

So, have you been dreaming of traveling to Paris or Tokyo? Now may well be the time.