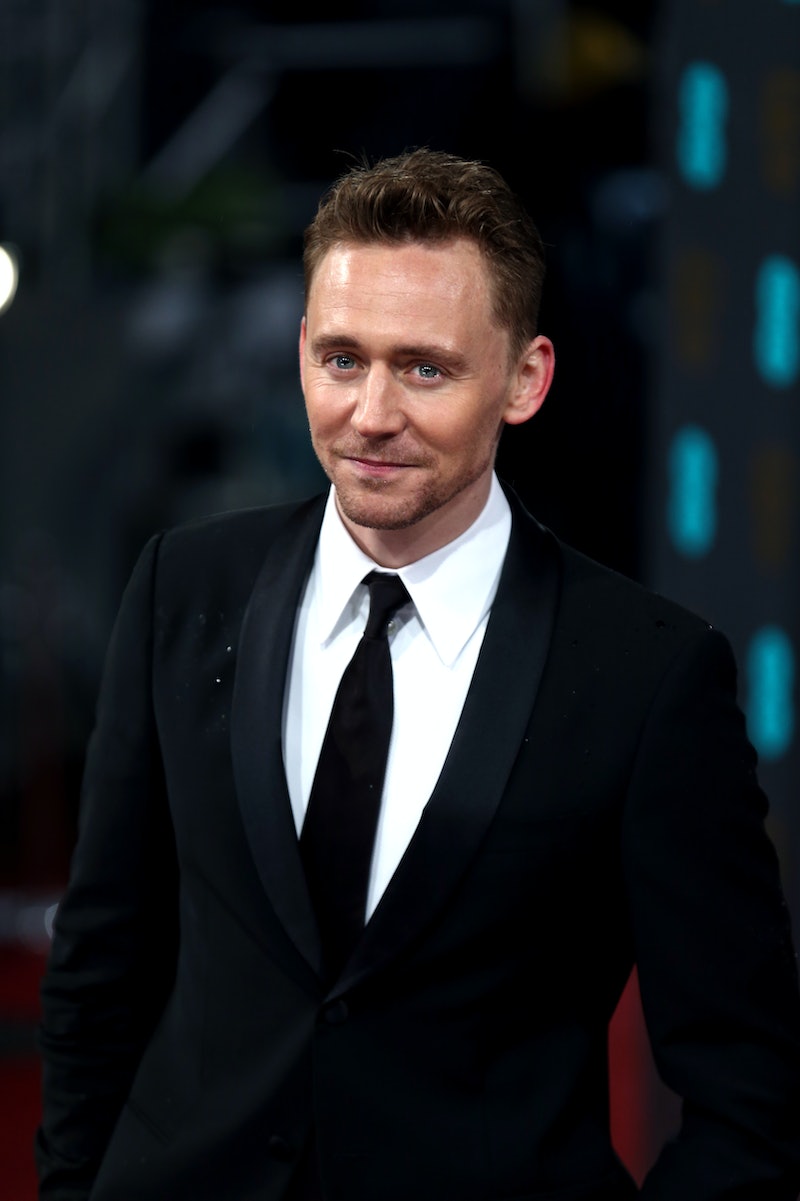 Ha. Calm down. That's cute, Jessica. What she doesn't know is that the Hiddleston fandom is having a collective freakout right now. But there's no need to panic. Hiddleston has prepared us for this. He's had quite a few sensual moments in his films before. Crimson Peak won't be released until October 2015, which means fans have plenty of time to get excited for the movie, and specifically the Hiddles mystery sex scene.

But in the meantime, I'm here to tide you all over with his steamiest moments to date. That way you'll have some idea of what to expect when Crimson Peak hits theaters later this year. I can't promise it still won't overwhelm you when the time comes, but as the Girl Scout motto says: always be prepared. And what better way to prepare than to look at a list of Tom Hiddleston's sexiest moments?

Technically he's trying to be evil here, not sexy. But he brilliantly achieves both. Those are some serious bedroom eyes.

Saying He Loves You

A marriage proposal from Hiddles himself is a very sexy moment indeed. This particular bit is from Return to Cranford. I suggest listening to the audio alongside the GIF and pretending he's talking to you. Not that I've done that, or anything.

His Kissing in The Hollow Crown

I mean, really. Even with all his clothes on, Hiddles manages to be pretty steamy.

Any Time He Dances

Technically not a movie, but those hips are too good to ignore.

Unrelated was a good film for Hiddleston fans. Here he is rubbing himself down with some mud. Oh, and he also has a skinny dipping scene. Count me in.

Chilling in a Bathtub

In an 1883 magazine video, Hiddleston climbed into a bathtub and doused himself in water for the good of everyone.

Sweeping Ruth Wilson Off Her Feet

After accidentally bumping into her character on the Britcom Suburban Shooutout, his character picks her up and carries her home where he massages her thighs in a very suggestive way. (*Taylor Swift voice* Don't say I didn't, say I didn't warn you.)

Only Lovers Left Alive may have been about a vampire romance, but it was also about Tom Hiddleston licking a popsicle.

Getting Handsy in Shakespearean Times

The Hollow Crown also had this little scene in it. Scandalous.

I imagine this is the closest to what we can expect for Crimson Peak. It's a good, old-fashioned sex scene with a stripped-down Hiddleston. You can watch the full video of the part here.

Well, I'm ready for his Crimson Peak sex scene now. How about you?

More like this
Jennifer Coolidge Got A Lot Of “Action” Thanks To 'American Pie'
By Catharina Cheung
What Is Ben Affleck's Net Worth? At 50, The Oscar Winner Makes 8 Figures Per Film
By Meg Walters
Someone Must Pay For What Happens To Bad Bunny In 'Bullet Train'
By Arya Roshanian
Christina Perri Had No Idea Her 'Twilight' Song Is On YouTube's Top 100 Chart
By Radhika Menon
Get Even More From Bustle — Sign Up For The Newsletter