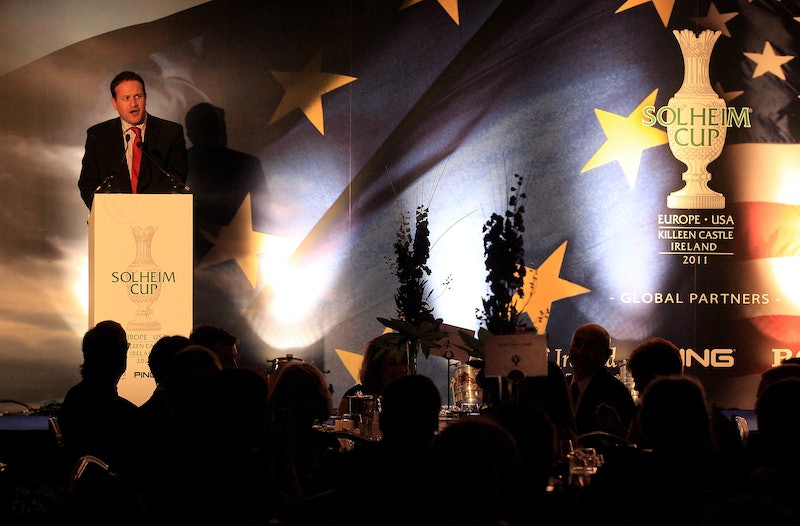 Ireland's Health Minister Leo Varadkar became the first openly gay minister of Irish government when he came out in a brave radio interview Sunday morning. Varadkar, who The Guardian reports is on the path to becoming a party leader and possible candidate for prime minister, told RTÉ Radio 1's Miriam O'Callaghan that the announcement isn't a big deal. But Varadkar's admission is a watershed moment in the historically Catholic country, which only decriminalized homosexual acts in 1993 and will hold a referendum on gay marriage in May.

Varadkar is a member of the Fine Gael party, the largest party in the Republic of Ireland's coalition government. Fine Gael leans center-right, typically considered moderate on social issues and conservative on economic issues. Varadkar said Enda Kenny, his party leader, was supportive of his decision to publicly come out. Varadkar told the RTÉ Radio 1 host:

I am a gay man, it’s not a secret, but not something that everyone would necessarily know but isn’t something I’ve spoken publicly about before.

That members of opposing parties and outside organizations have been largely supportive of Varadkar's announcement comes as little surprise in a country where acceptance of same-sex marriage and equal rights have evolved dramatically over the past two decades.

In a recent poll, The Irish Times found that 71 percent of the Republic's electorate would support a referendum legalizing same-sex marriage in Ireland. After the legalization of homosexual acts in 1993, the state proved its commitment to equality by outlawing discrimination on the basis of sexual orientation in 1998 in areas including employment and the provision of goods and services (it's worth noting that the federal government of the United States has not codified these protections, and employees can still be discriminated against based on sexual orientation depending on the state).

Civil partnerships, which give same-sex couples similar, but not equal, rights to those of a civil marriage, were legalized in the Republic in 2010 and took effect in 2011. The Labour Party, Sinn Féin, The Socialist Party and Fianna Fáil have all spoken out in support of same sex marriage.

Fiach Kelly, a political correspondent for The Irish Times, wrote that "a senior minister coming out probably wouldn’t have happened even ten years ago." He also notes that due to Varadkar's position to the right on most issues, his coming out could prove that the assurance of equal rights isn't just a "liberal" concern. John Lyons and Dominic Hannigan, members of the Labour Party, and fellow Fine Gael member Jerry Buttimer have also come out publicly, although their position — all three men are Teachtaí Dála, the equivalent of a member of Congress in the United States — is not as high on the political ladder as Varadkar's.

While the hierarchy of the Catholic Church in Ireland still speaks out against homosexuality, other Christian groups are supportive. If the referendum is passed, the Catholic Church — which has had increasingly less power in the country since a string of child sexual abuse scandals — would take yet another hit.

Pádraig Mac Lochlainn, of the Sinn Féin party, summarized much of the response to Varadkar's announcement in Ireland, telling The Guardian, “hopefully 2015 will be another milestone in equality for our LGBT citizens."