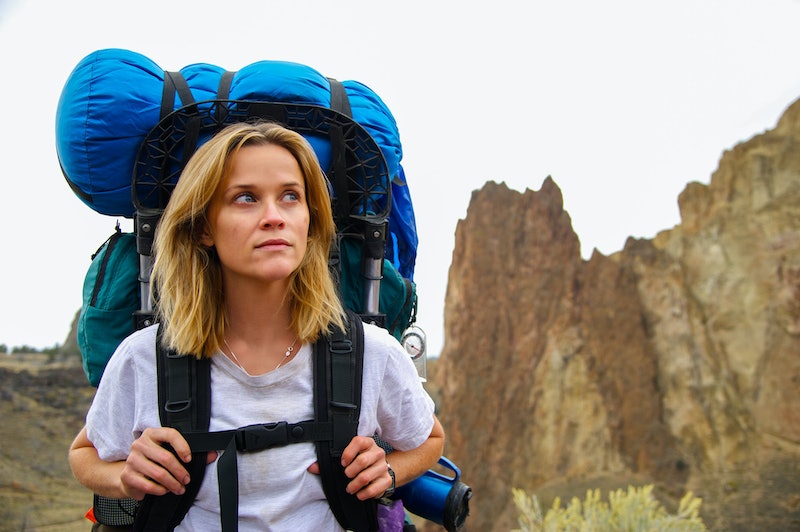 Cheryl Strayed's heartfelt (and heartbreaking) memoir Wild was a hit from the start — topping the New York Times Best Seller list within four months of hitting shelves, handily staying No. 1 for an eye-popping seven weeks, enrapturing Oprah (Oprah! Oprah!) enough to make her restart her book club for a fresh go-round (Strayed's book was the first new pick Winfrey had made after the original book club ended the year before), and inspiring scads of readers to embrace off-beat ways to rediscover their own wild flame inside.

Now a major motion picture (people still say that, right?) starring Reese Witherspoon, the cinematic version of Wild has reignited interest in the memoir, attracting old and new fans alike. (That the film is such a lovely tribute to the source material, and one that admirably utilizes Strayed's own tendency to seemingly randomly flash back and forth, is a truly lovely surprise.)

Strayed's deeply personal story is extremely moving, following the author as she hikes more than 1,000 miles on the Pacific Crest Trail — a physically punishing exercise that only reflects the emotional turmoil inside of her — in an attempt to heal herself up after the death of her beloved mother and its subsequent fallout (a grief-stricken Strayed basically imploded her life after her mom's death, and she truly starts Wild with nothing to lose and everything to gain). The book has something for everyone, from hiking nuts to budding writers, and Strayed's brutal honesty sets it a cut above.

If you've already read (and loved) Wild , here are nine other books that you should toss into your (perhaps metaphorical?) pack right now.

If you just want to read another true story about a unique woman on a long walk, try Robyn Davidson's Tracks

Like Strayed, Davidson's story was recently adapted for the big screen (starring Mia Wasikowska, few people saw the 2014 release, but it is so good, you guys), and both films and books are very satisfying stories of women who choose to go off the beaten path (sorry) to discover themselves. Davidson walked 1,700 miles across Australia in 1977, a journey that took her nearly nine months and required the use of four camels and a trusty pup.

If you just want try out another woman-going-the-literal-distance story, go for Lynne Cox's Swimming to Antarctica

Burnt out on all that walking? Let's move things to the water. Cox is one of the world's most famous long-distance swimmers — she had crushed every single record for swimming the English Channel by the time she turned 16 — but she has never been content to rest on her past accomplishments. Swimming to Antarctica tells her life story in lively, vivid prose, and it is as inspirational as it is moving. Hailed as a new classic in sports biographies, you don't need to be an athlete to appreciate what Cox has done with her life.

If you'd like to read a different story about someone healing from immense grief, steel yourself for Joan Didion's The Year of Magical Thinking

Strayed so beautifully articulates grief in her memoir, turning it into something tangible and visceral. At times, it almost hurts to read Wild. Something similar happens with Didion's The Year of Magical Thinking. The author — one of America's greatest treasures and one hell of a role model for women everywhere — experienced a lifetime of grief in just one year's time, thanks to the sudden death of her beloved husband and the severe illness of their only child, which arrived within mere days of each other. Didion's daughter passed away before the book was published — yes, less than a year after Didion's husband died — and the memoir investigates grief from an emotional, personal stance. This one hurts, but it's amazing.

Strayed frequently refers to this guidebook before and during her journey, shedding pages as she goes. Even if you're never going to hike the PCT, why not experience it in your own way?

If you're compelled to try out another book about addiction, give James Frey's A Million Little Pieces a try

Frey's own memoir of addiction and healing may have been disavowed — remember that time Oprah called him out on her show? The woman is everywhere! — but despite the fact that it's not 100 percent true, it's still a sharp look inside the world of addiction from the perspective of someone who lived it. Although Wild picks up after Strayed has put her addictions seemingly behind her, Strayed doesn't shy away from discussing them at painful, honest length — something Frey does with his own book.

If you're eager to read up on another woman out in the wild, snap up Laura Bell's Claiming Ground

Back in 1977, recent college grad Bell decided to make a decidedly offbeat career choice: to go herd sheep in Wyoming. Like Strayed, Bell was one of the only women in a man's world, but her ability to stand her ground and prove herself (physically, and repeatedly) transformed her into a new person.

If you wonder what a fictional story like Strayed's would read like, Bonnie Jo Campbell's Once Upon a River is a good bet

Campbell's novel sets up a strong female heroine — 16-year-old Margo Crane — and then pushes her out into a wild and troubling world. Navigating the Stark River by boat, alone and traumatized by recent events in her life, Margo's initial plan (to find her mother) is tossed overboard when she has to redirect her energies to something more immediate: Simply surviving.

If you're eager to read right from Strayed's own book list, you need to get Adrienne Rich's The Dream of a Common Language

Strayed quite memorably hauls books along on her journey, and while she has to dispose of most of them in order to keep her pack "Monster" light, there are a few she refuses to part with, including Rich's seminal 1976 collection of poetry. Even though Strayed knows all her favorite poems by heart, she can't quite let go of the book — and once you pick it up, you won't want to either.

If you just want to read more from Cheryl Strayed, be sure to pick up her debut novel, Torch

Strayed's first novel is loosely based on her own early life, centering on a pair of Minnesota children whose lives are changed by the death of their mother. It's a perfect spiritual companion to Wild, but it's also a wonderful way to chart the evolution of Strayed's writing and to experience another facet of her life story in a fresh way.