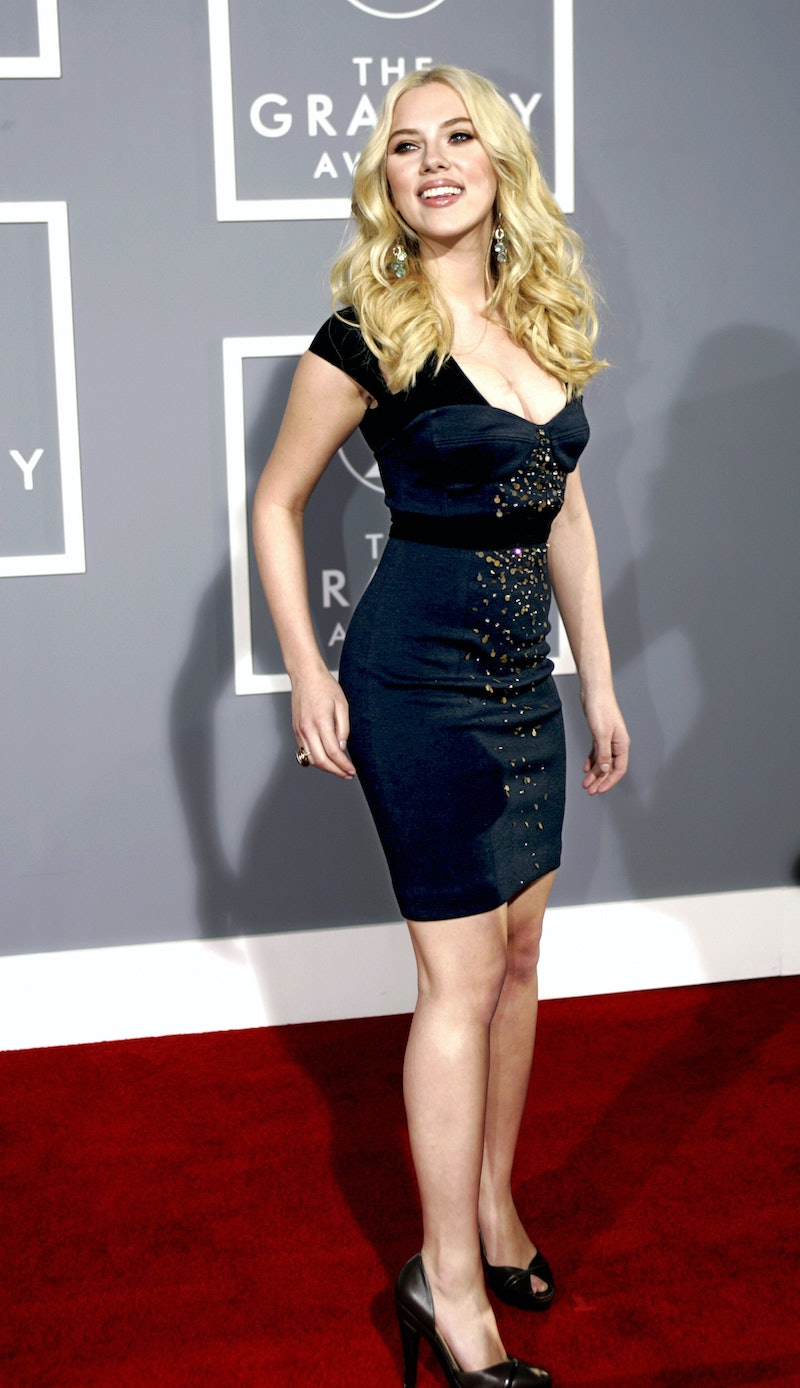 Watching red carpet interviews is enough to give you a massive deja vu hangover. If it seems like famous women keep getting served the same boring, sexist questions, it's because they do. A new video from Upworthy cuts together the worst questions journalists ask female celebrities, and the results will have you eye-rolling. This may be a small price to pay for notoriety, but it's easy to forget that most female figures making movies or music don't do it for the accolades, but for the art.

As someone who has interviewed artists, actors and musicians on the "underground" scene for over a decade, I am always afraid of asking something stupid that they've heard a million times before. Somehow, celebrity journalists have been born with a magic gift where this worry never seems to cross their minds. You can blame the big, bad misogynistic Hollywood machine for "making" them do it, but at a certain point they've got to pick up on the fact that the artist (and the public) deserve better. The way we talk to famous women does have an effect on the way we talk to everyday women. So here's hoping these five questions won't always be the first things out of an interviewer's mouth:

I know, I know, fashion is such a huge part of the celebrity enterprise! The symbiotic relationship between celebrities and designers keeps them all in the headlines, but does "who are you wearing?" have to be the very first question that women are asked on a night that's supposed to be celebrating their creative achievements? Can we pretend for a few minutes that they are there because of their talents and not because of the garment they wrapped their body in? There's absolutely nothing wrong with fashion — it can be empowering and creative — but unless the event is specifically about fashion, maybe ask a question about the film or TV show or album the artist made first? Would that be so hard?

2. What Kind of Underwear Can You Even Wear With That Dress?

A lot of female celebrities wear skin-tight, barely-there dresses to openings and press junkets. Just as this doesn't give a man on the street permission to assume she wants to get down ASAP, it doesn't give journalists permission to inquire about her undergarments. Whether the star wore a thong, pasties, full body Spanx or nothing at all underneath, how is that anyone's idea of a real question to ask? Whatever she says will be picked apart to death, particularly if it's "nothing at all," because we all know that only evil sluts go without underwear.

3. What's your diet and workout regimen?

Unless it's a paid advertisement for Jenny Craig or Weight Watchers, there is no place for diet talk at an awards show or press tour — it's so tacky (and men rarely get asked about their bodies in the same way). Granted, when a woman brings up her amazing transformation achieved through Paleo living or surviving on nothing but vegetable ash and Diet Coke for six months, then, sure, go with it, journalists! There's nothing wrong with being proud of your body and showing it off, but if the sadistic surveying of the female form that takes center stage at every appearance and interview could be channeled into just-as-detailed questions about the art form, it would be groundbreaking.

This is a tricky one. Although it may seem that celebrity journalists are expanding their repertoire to be more thoughtful and political (and that's a good thing), the way this question has been employed is usually just sexist and divisive. They love it when the celeb on the spot answers "incorrectly" so they can pump finger-wagging headlines out about her failure to fall in line with this en vogue "ism." Some could argue that any press is good press, and that the more the "f-word" appears in print the better, but if celebrity journalists start asking this question with the intention of having a productive discussion about gender disparity in Hollywood or women's issues around the world, then we'd really be getting somewhere.

5. How long did it take you to get ready?

Imagine asking a man this question. (Oh wait, Buzzfeed already did and it was a riot.) Really, though. If she answers that she took all day, we'll wonder what she's "hiding." What is she covering up with her cosmetic tricks and the body morphing voodoo of shape wear? And if she answers that she didn't take any time at all, we'll think she's lying or she doesn't appreciate her opportunity to be on display for the entire world. Like all of these questions, you're damned however you answer. Such is the lot of the female celebrity.