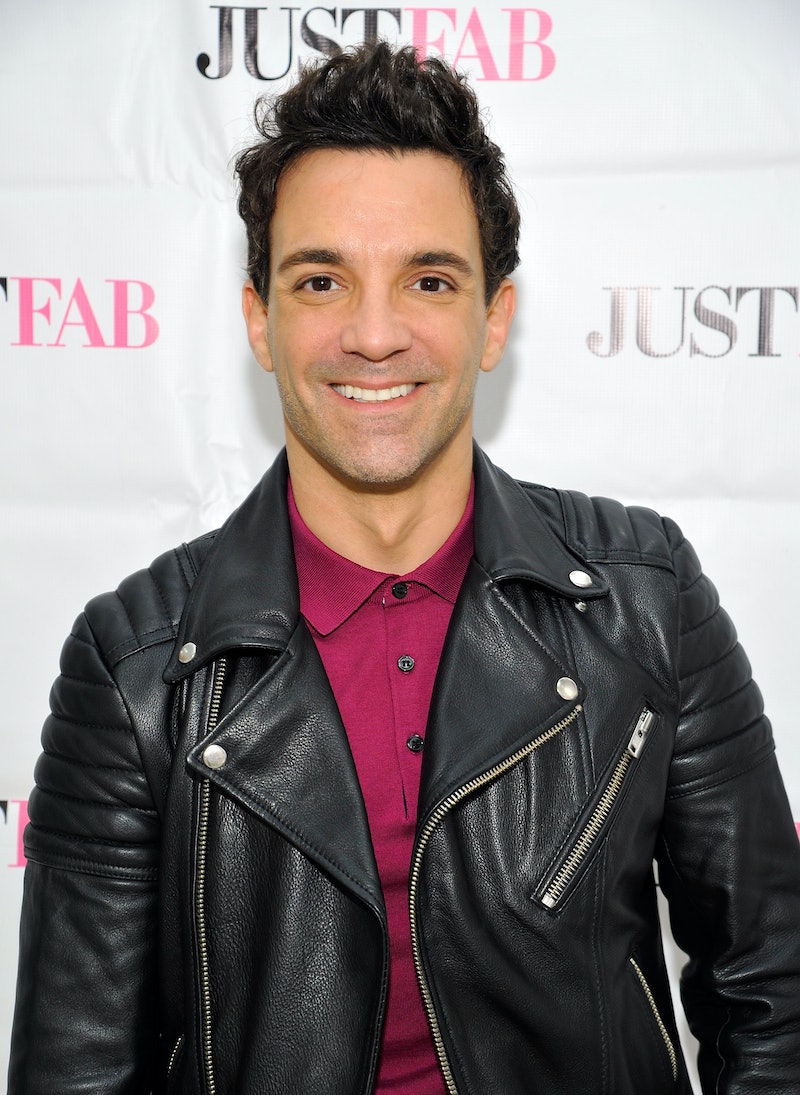 If you watched Fashion Police's season premiere, you probably wondered where George Kotsiopoulos was. In case you missed the news, Kotsiopoulos is out, and celebrity stylist Brad Goreski is in. And as it turns out, the split between Kotsiopoulos and the show after four seasons together may not have been Kotsiopoulos' choice. According to The Hollywood Reporter, George Kotsiopoulos was "not invited back" to Fashion Police this season, and the reason why remains a mystery. Neither the stylist himself nor the network has offered any kind of explanation as to why Goreski replaced him, and I can't help but be curious about what's going on behind the scenes.

When THR asked Kotsiopoulos about his leaving the show earlier this month, the only statement he had to offer was this: "Look, I had four incredible years with Joan Rivers and it changed my life." lt's obvious that the show had to undergo some changes after Rivers' unexpected death last year — and Griffin, her replacement, hasn't exactly been raking in rave reviews — but this is a lot to get used to all at once. It's not that I don't like Goreski, but it's a little strange that Kotsiopoulos is gone with little explanation.

So what's the deal, E!? Since they aren't willing to come forward with the reason Kotsiopoulos wasn't asked back just yet, there's a lot of guesswork involved in figuring out what's going on.

Kotsiopoulos Has A Lot Going On Right Now

Aside from working as a stylist, Kotsiopoulos is also launching his own clothing line on QVC this year, starting with clothing for Fall 2015. Maybe he (or E!) felt he didn't have enough time to dedicate to the show anymore.

Goreski Is A Safe Choice To Bring In Viewers

Fashion Police most likely expected a loss in ratings following Rivers' death, since she was an institution for the show (and the network). By bringing in Goreski, who's a familiar stylist after his Bravo show, It's a Brad Brad World as well as appearing on The Rachel Zoe Project, they have a little more security as far as viewers are concerned. And Melissa Rivers, who serves as a producer on the show, seems to agree. "Kathy just feels right, and Brad brings a fun, new voice to join Giuliana and Kelly in this ensemble,” she said when the changes were first announced.

A Possible Disagreement With E!

Not that anything has been made public, but there is almost always more going on off-camera than meets the eye. Maybe Kotsiopoulos and E! hit a snag in a contract agreement, or something one said rubbed the other the wrong way. It definitely wouldn't be the first time something like that happened in television. That's the problem with kicking a longtime cast member off of a show without a reason — the conclusions are left there to be jumped to.

More like this
Owen Warner's Net Worth Might Surprise 'I'm A Celeb' Fans
By Sam Ramsden
Here’s Everything Coming To & Leaving Netflix In December
By Jake Viswanath
Meghan Markle Just Addressed *Those* Wild 'Real Housewives' Rumours
By Sophie McEvoy
We’ve Got A Text! Another 'Love Island' Series Is On The Way
By Darshita Goyal
Get Even More From Bustle — Sign Up For The Newsletter