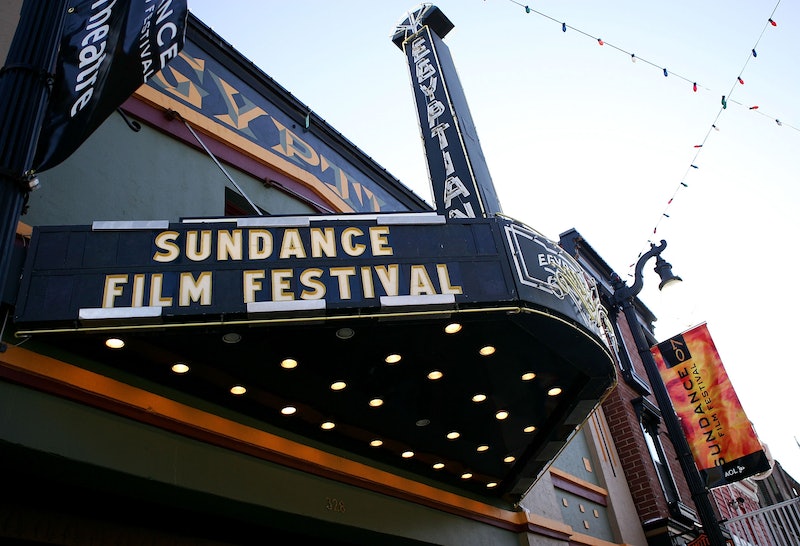 Sundance Film Festival isn't just a place for cinephiles. Sure, its humble 1978 beginnings were a draw to filmmakers, a handful of movie lovers and Robert Redford devotees, but it's been more than 35 years since then, and the general populous has caught on. Some of the first films that ever debuted at the festival include A Streetcar Named Desire, Midnight Cowboy, Mean Streets, and other American films. It's no secret that some of the best movies every year, including those nominated during award season, are products of the Sundance Film Festival. But back then, the festival was a catalyst for American filmmakers only. A place where independent movie makers could compete amongst their peers, attend panel discussions and celebrate a life of filmmaking that existed outside the Hollywood spectrum.

Now, its not a place solely for filmmakers, but for everyone from movie lovers to festival enthusiasts alike. And the competition has opened up to include documentary and international films. Heck, some people just come for the parties. So if you're planning a trip to Utah this winter, be prepared to see all sorts of people, from movie stars to locals trying to escape the madness, and everyone in between. Here's the 19 types of people you'll see at Sundance Film Festival 2015.

When the word "festival" is involved, there will always be a heard of pre-teens. Even when they aren't adorned in faux-flower crowns and cut-off jean shorts, these youngins want to turn Sundance into their own version of Coachella. And Coachella means minimal clothing and lots of fake tattoos... which at Sundance means frostbite.

The Lost Person (Also Know as the First Timer)

Park City, Utah isn't a huge city, but when the tiny town is transformed into the zoo that is Sundance, someone's bound to get lost. And this person can usually be found in the center of a crowd having a mild panic attack and sweating despite the frigid temperatures. There, there, First Timer, there's an app for that.

What is Sundance Film Festival if not an excuse to show off your chic winter wardrobe, or so says the Fashionista. Looking drop-dead stunning, this festival goer trades in the sturdy fur-lined boots for chic stilettos, regardless of the icy streets.

The Fur Queen (Also Known as Tilda Swinton From Narnia)

The Fur Queen is just that: A woman (or the occasional man) dressed in head-to-toe fur. Fur hat, gloves, parka, and pants — the Fur Queen will make Sundance patrons scream in fear that Sasquatch has crossed the Washington State border.

Hipsters do well in the fall and spring — a time when it's both stylish and appropriate to wear denim shirts, flannel, and too-tight jeans with the occasional rip. The winter variation of the lumber sexual spends a month prior to his Utah arrival growing a fully-functional, and massive beard. He throws on a weathered leather jacket and hiking boots, and even wears a quilted hat with earflaps.

Cable TV actors, reality show stars and Vine celebrities will be appearing left and right. Less likely to be masked in some undicernable getup, these folk want to be seen, and will happily snap a picture with you, record a proposal video for your soon-to-be fiance, or even photobomb your pics. Here’s looking at you, CW stars.

Sundance is known for housing a variety of stars, since most of them walk the red carpet of their film premiere, and stick around for the weekend to do press interviews and catch a few flicks. These are the thoroughbred Hollywoodites, the Fassbenders and the Pheonixs, as well as the festival regulars like Alison Brie and Miles Teller.

Also known as the Trust-Fund kids, these festival goers have all the money of a celebrity, without the status.

Where there are celebrities, there are publicists. These working folk will be easy to spot with their eyes and fingers glued to a Blackberry and recognizable in their sturdy walking shoes. A sit down break for these guys? Not a chance.

We get it: It's cold, there are a lot of long lines to wait in, crowded theatres to sit in, and a Festival Flu making the rounds — But this is Sundance! The most magical place in all of Utah, and there's no arguing with that.

Los Angeles is the film hub of the world, so it only makes sense these types would flock to the festival. With their sunglasses and sun-kissed hair, the Los Angelite can be found by the denim shirt sticking out of their parka, or the fact that they're skin is three times darker than the average winter attendee.

Trying to fit eight films into a single day just isn't a good idea, brah. Get some sleep.

I’m not talking a casual one or two grams. You’ll know the InstaAddict by their lack of social functions, furrowed brow, and ability to trip over things with ease. This person will have neck problems by the end of Day 1 from spending a few too many hours hunched over choosing that perfect filter. And don't think for a second the InstaAddict will obey theatre rules, he'll be snapping photos of his feet propped up on the seat in front of him far into the opening credits.

You may not meet him/her at the actual festival, but you’ll be sure to run into these “Sundance Week 1 Bittttttch!” Tinder-ers on the app. Pro-tip: Swipe left.

She has the quickest route to every theatre memorized, and knows long lines are for suckers.

The Overzealous Planner (Otherwise Known As Yours Truly)

Being part of this minority, I feel the Planner's pain. You want to watch every. Damn. Movie. but there just aren't enough hours in the day. This person is also known as the Anxiety-Stricken Patron. Deep breaths, it will all be OK. Maybe.

That Person You Haven’t Seen in Five Years

Sundance brings out the best and worst of us. While you may think you’re headed to a week away in the snow with the BFFS, be warned: That’s everyones plan, and that dude/dudette you hoped to never see again will probably be standing behind you in line at the Library Theatre line. It happens.

The Local Who's Over It

Contrary to popular belief, outside of the month of January, the town of Park City, Utah is still a functioning city. While outsiders flock to watch movies for a couple of weeks in winter, the locals know this is a storm that will pass. And while it might be fun to indulge for a few years, the Local Who's Over It knows the best course of action is to rent her apartment at an inflated price for a few weeks and get the heck outta there.