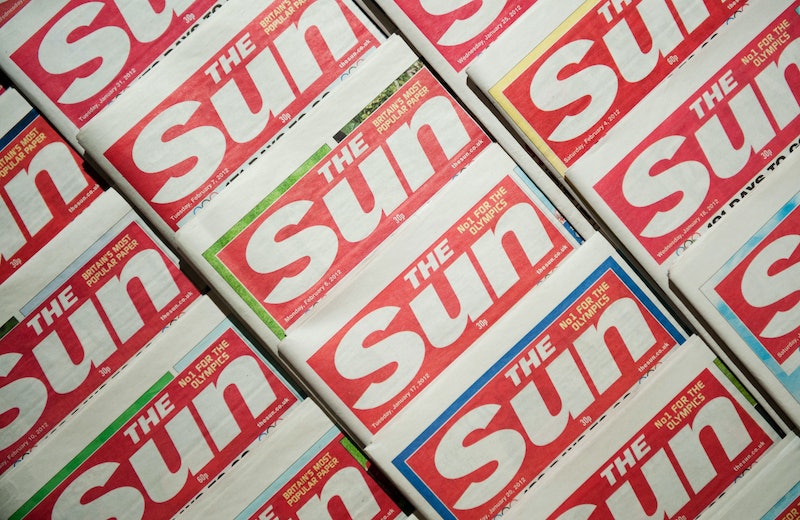 You would be excused for thinking that the female body, despite having to face the many manifestations of modern-day sexism, was no longer something you'd see displayed naked in a newspaper. So, if a topless spread in a publication might seem like something out of the 1960s, you'd be surprised to find that in 2015, British tabloid The Sun finally removed its topless Page 3 models, to the delight of critics who have long accused the paper of propagating a sexist, antiquated mindset.

The Times reported that last Friday's edition of the daily was the last to carry photos of bare-chested models. The feature was killed quietly 44 years after its conception in 1970, less than a year after Rupert Murdoch's media conglomerate News Corp bought the paper and turned it into Britain's best-selling tabloid. Good news as it is to many, the paper's topless women feature will continue to live on in the depths of the World Wide Web on its very own website.

It seems the decision to pull the page came from the upper echelons of the company's hierarchy — perhaps Murdoch himself, even. One senior executive told The Guardian, in an apparent reference to the media magnate:

This comes from high up, from New York.

Murdoch previously expressed mild displeasure with Page 3 early last year, tweeting that it was "old fashioned," then asking followers what they thought of it.

The Sun has faced persistent criticism for Page 3's existence. One of the feature's most stringent opponents, Lucy-Ann Holmes, created the group No More Page 3, which started a petition asking its editor David Dinsmore — who, interestingly, was named 2014’s Sexist Of The Year by feminist campaigning group End Violence Against Women (EVAW) — to remove it from the paper. And now it seems they've won the battle, to their unrestrained and deserved excitement on social media.

But despite credible reports about Page 3's axe, The Sun's PR head Dylan Sharpe tweeted a rather cryptic message denying it. Neither Sharpe nor News UK, the tabloid's publisher, responded to the Huffington Post's attempts to clarify the statement.

More like this
Beyoncé Removes The “Milkshake” Sample From “ENERGY” After Kelis Called Her Out
By Jake Viswanath
25 Things I've Reduced My Life To, In Addition To WFH In My PJs
By Ginny Hogan
7 Things We Learned From Rebekah Vardy's First Post-WAGatha Christie Interview
By Sam Ramsden
What We Know About Where Caroline Watt Is Now
By Catharina Cheung
Get Even More From Bustle — Sign Up For The Newsletter