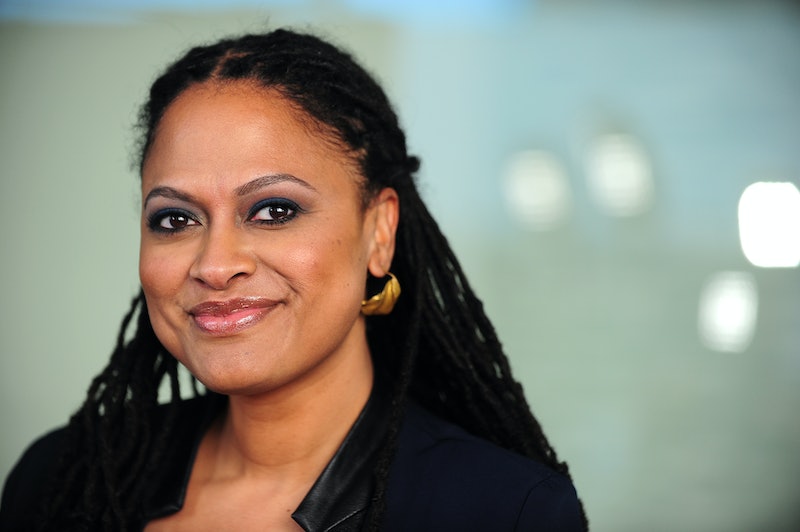 Those who follow Selma director Ava DuVernay on Twitter or Instagram know that her social media is a treasure trove, filled with feminist quotes, moving photos, and great behind-the-scenes shots of the filmmaker at work. Yet it's the Instagram the director shared on Tuesday that's the perhaps her most powerful post yet; featuring a photo of President Obama looking up at the Martin Luther King, Jr. Memorial, Duvernay's Instagram comes days after she screened Selma at the White House and features some beautiful words about the night, its significance, and the incredible influence of her Oscar-nominated film.

The director, along with Selma cast members David Oyelowo, Oprah Winfrey, Carmen Ejogo, Tim Roth, and Common, was invited to the White House last Friday to honor the film, which was notably snubbed by the Oscars in most categories but has been wonderfully received by critics and audiences. The screening is one of just a select few the Obamas have announced over the years, and, as DuVernay explained in her post, had even greater significance thanks to its subject matter.

"The first film to ever screen at the White House was Birth of a Nation or as it was previously titled The Klansman," wrote the director. "That was in 1915. Last Friday, Selma, a film about justice and dignity, unspooled in that same place in 2015. It was a moment I don't have to explain to most. A moment heavy with history and light with pure, pure joy all at once."

Elsewhere in the post, DuVernay praised the president's introduction of the film, as well as the time and effort that both Obamas took to interact with Selma's cast and crew, calling their interactions "exquisite." She thanked the First Couple for letting her live "a dream I never dreamt, a dream seared in my memory like a scar from a fight won," and noted her thrill at getting told both Obamas were proud of her work.

And while it's unclear what's next for the filmmaker or her movie's effects on Hollywood, there's no doubt, as the screening proved, that Selma is already creating a long and powerful legacy.

"Who knows what lies ahead," DuVernay said. "But what has already occurred is food and fuel and fire and freedom."