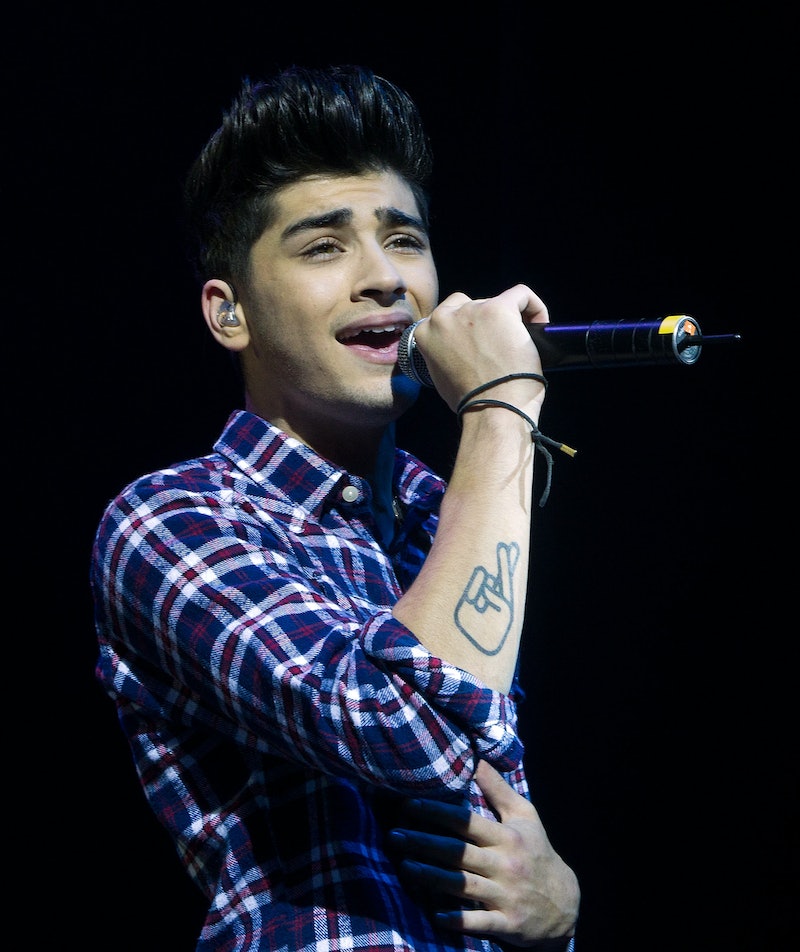 As any devout Directioner knows, Zayn Malik is the only boy (besides his father, that is) in a family of six. True, it's common knowledge that he has three sisters, but who are Zayn Malik's sisters, really? Let's get to know the members of his estrogen-charged family.

Just in case you need to be reminded of their names, Zayn's sisters are Safaa, 12, Waliyha,16, Doniya, 22. Given the fact that two out of three of his sisters fall into the age range of the average One Direction fan, I'm guessing that they must feel pretty lucky. Well, perhaps Doniya is a little out of the chief demo, but I'm sure that she loves the band and is very proud of her baby brother just the same. Turns out, she's super close to him in age. At 22, Zayn is only nine months younger than Doniya, and falls into the family spectrum as the second oldest child. He was born hardly a year after their parents gave birth to his sister Doniya in April 1992, meaning that mom probably dealt with grueling back-to-back pregnancies.

Now that we've ironed Zayn's whole sibling situation, let's get to know each one of his sisters. According to an Entertainment Wise article written back in 2013, Doniya was working on her degree in psychology. In March 2013, the eldest Malik child reminisced about what a hyper kid her little brother was when they were growing up, saying, "I took him to the doctors when he was little because he was so hyper!" Judging from that, I'm imagining she was very much a typical older sister and protector. In addition to being very supportive of One Direction on social media...

She is also an avid selfie photographer.

Waliyha, the second youngest Malik kid, is also a big supporter of her brother's band.

I mean, I can't imagine how exciting it must be as a teenage girl to have your brother hooking you up with free One Direction tickets all the time. Clearly, Waliyha and Safaa are enjoying their fantastic birthright.

As the baby of the family, Safaa is an especially devout One Direction fan. Note, the concert-appropriate shirt she wears above, and her birthday cake, below. Something tells me that Niall is her favorite member...

How many 12-year-old girls can say that their brothers are best friends with the boys screen printed on their birthday cakes, eh? If a tween dream exists, these girls are living it.