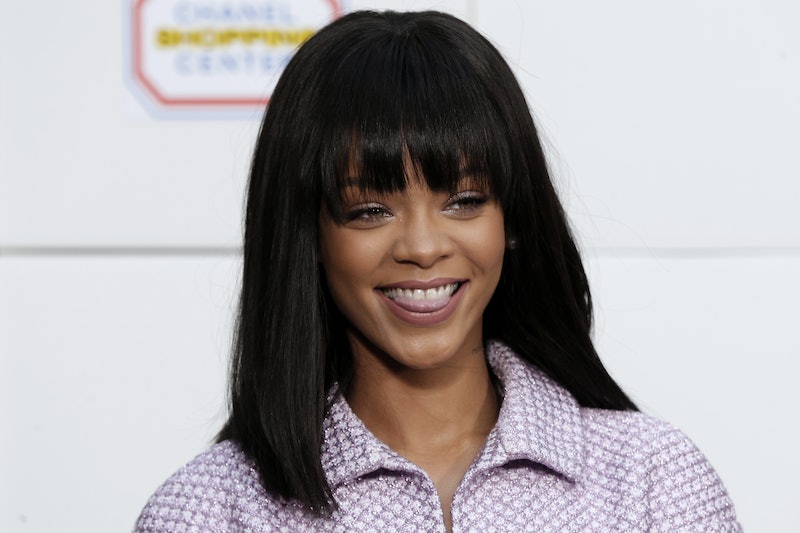 Coincidence? I think not. It certainly looks to me like the 26-year-old pop superstar sampled "Only If for a Night" in some way. After all, she has a long history of borrowing bits and pieces from other artists' music.

As long as musicians are properly credited and compensated for the use of their work, I have no problem with sampling whatsoever. Sometimes, the results can actually be pretty cool! Here are eight times that Rihanna sampled other songs:

Samples Michael Jackson's 1987 song "The Way You Make Me Feel":

Samples Greg Kinnear's 2003 cover of "Summertime" from the movie Stuck On You:

More like this
Rihanna Is America's Youngest Self-Made Woman Billionaire, According To 'Forbes'
By Hugh McIntyre
Rihanna Just Made Her First Official Outing Since Becoming A Mother
By El Hunt
What Is Ariana Grande's Net Worth? When It Comes To Money, She Has No “Problem”
By Hugh McIntyre
Taylor Swift Cries In Sneak Peek Footage Of David O. Russell's Secretive Film 'Amsterdam'
By Jake Viswanath and Radhika Menon
Get Even More From Bustle — Sign Up For The Newsletter