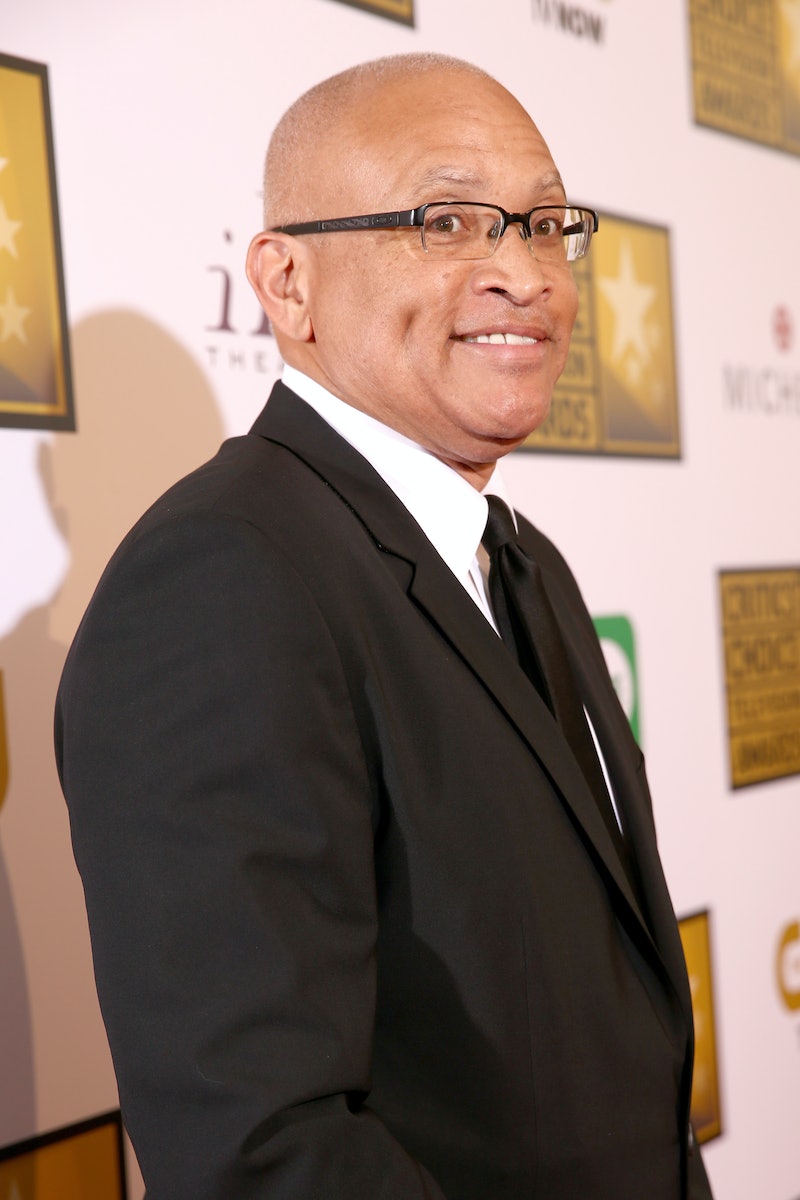 It's been months since sexual assault allegations against Bill Cosby started coming to light, and although he hasn't officially been proven guilty, the evidence stacked against him is hard to ignore. While some celebrities, like his Cosby Show costar Phylicia Rashad, have come to Cosby's defense, many are willing to argue against him, and Nightly Show host Larry Wilmore is next in line to step up to the plate. While talking with comedic panelists about Cosby's accusations on the Tuesday-night edition of the Nightly Show, Wilmore shared his opinion on Cosby in a very blunt way. And by the way, his opinion is this: "That f—ker did it."

Obviously, there's more to his statement than that, though, and I'm glad to see that people like Wilmore aren't shy about stepping up to defend the brave women who have come forward to tell their stories, even at a time when they felt they were helpless against such a powerful man. On the show, Wilmore interrupted debate that there's a chance Cosby might not be guilty because nothing has yet been proven, and everything he said made me want to give him a huge high five and maybe even a hug for offering the victims that kind of support on national television.

In case you don't feel like sitting through the video, the important statement that Wilmore said goes like this:

People are innocent until proven guilty in the court of law, but this is the court of public opinion, and this is my show — that f—cker did it.... I’m sorry — the proof is common sense for Christ sake. We don’t have to turn off our brain just because the law says we’re not supposed to make assumptions. Those stories are way too specific about it.

Wilmore's making a lot of good points. Of course, in the eyes of the law, Cosby is still innocent. But most people draw conclusions, as illustrated by the fact that most of Wilmore's panelists agreed that if Cosby were to die right now, he'd be remembered as a rapist before a comedian.

And as for Cosby? His original statement, per his lawyer, remains the same.

More like this
Jurnee Smollett’s Heart Is Healing
By Rebecca Carroll
What Working At Marvel Is Really Like, According To A 'Ms. Marvel' Co-Creator
By Gretchen Smail
Why Sadie Sink Is Hopeful Max Will Return In Stranger Things Season 5
By Brad Witter
'Stranger Things' Star David Harbour Has This Actor In Mind For A Hopper Spinoff
By Alyssa Lapid
Get Even More From Bustle — Sign Up For The Newsletter