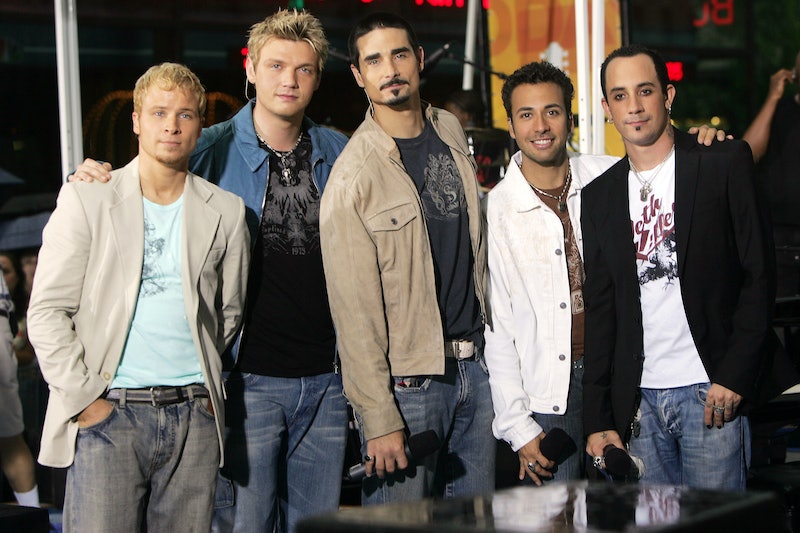 "'Cause we are two worlds apart...I never wanna hear you say, 'I want it that way,'" might sound like some emo Romeo and Juliet melodrama to some people, but what it really sounds like to most of us is that someone doesn't want to put it in the stinker after they were asked politely.

You might think this is a romantic song about a guy who spies a girl across the bar and wants to stare into her eyes, but upon closer inspection, said male is actually "Looking in your big brown eye", aka, an ass. He is looking in her ass. And then it gets a little bit uncomfortable and rapey when he says that if she cries, he's just going to "push it some more". This is some Robin Thicke level creepiness. Luckily for Inner Circle, this all went down long before the Internet "rape language" police were around to (rightfully) tear these kinds of things to shreds.

In which Toni Basil declares "Any way you want to do it, I'll take it like a man", which we can safely assume means up the butt. This song is way dirtier than you think ("Don't leave me in the damp, Mickey"!), and you certainly should not have been allowed to dance around to it when you were in high school. Someone really let the ball drop on that one.

There's two main "sides" in sex. One is the front side, and the otherside is the backside. That's where Anthony Kiedis is going to take it.

May I draw your attention primarily to the unmistakable lyric towards the end of the song, "I wanna be your backdoor man." Mmm hmm. I bet you do.

Fiest has such a sickeningly sweet voice you'd be mistaken for thinking she doesn't do filthy things like crave it in the pooper. If you really listen to "My Moon, My Man," you'll find the song is about Fiest having her period and wanting her lucky boyfriend to put it in her "moon". Lyrics include, "My moon's white face/ What day and what phase/ It's the calendar page again," and "My moon and me/ Not as good as we've been/ It's the dirtiest clean I know," just in case you had any doubt about my hypothesis. Moon means butt. Just to be even clearer.

From what I can ascertain from this song, it's about the protagonist being told not to be gay as a boy, but loving "those young boy days" anyway, and wanting the lady in his adult life to sex him in the anus, because "Sometimes love don't feel like it should/ You make it hurt so good."

Are you even surprised that Madonna talks about putting it in her partner's butt in a song called "Erotica"? She sings, "If I take you from behind/ Push myself into your mind/ When you least expect it/ Will you try and reject it," which, if I'm going to be honest, seems questionable from a consent perspective; I know I'd be LIVID if someone tried to put anything in my bum without first asking.

More like this
Adele’s All-Female Lineup Includes Kacey Musgraves, Mahalia, & Self Esteem
By Shahed Ezaydi
Every Song In The Umbrella Academy Season 3
By Kadin Burnett
BTS Announced An Indefinite Hiatus & The ARMY Is Freaking Out On Twitter
By Sam Ramsden
The Best Memes & Tweets About Beyonce's New 'Renaissance' Album
By Radhika Menon
Get Even More From Bustle — Sign Up For The Newsletter