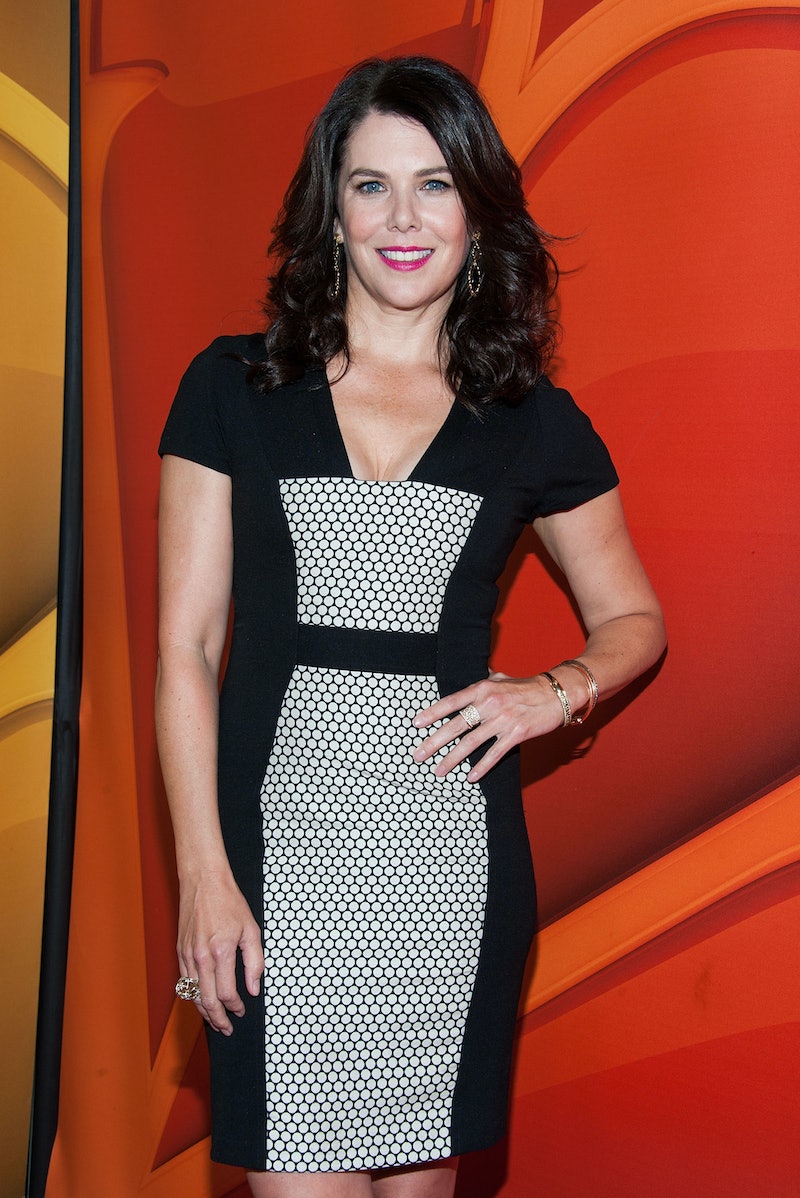 On Tuesday, the actress behind the wonderful Lorelai Gilmore opened up about the beloved show and it's unceremonious ending. Lauren Graham revealed the cast didn't know they were shooting the last Gilmore Girls episode when it happened. In fact, they weren't told there wouldn't be a Season 8 until the show had already wrapped.

Speaking to Jimmy Fallon, Graham compared Parenthood to Gilmore Girls and you'll be sad to learn how Graham and the others were treated that final season on Gilmore Girls. "It's really difficult but also really nice to be able to say goodbye," Graham said of the final Parenthood episode. "I've mainly been on shows where they just yank it and you find out later."

Graham went on to say that when they shot the final scenes for Gilmore Girls, they all fully expected to be back at it for the next season. "We shot the last episode and we had no idea," she said. "It's better to be able to say goodbye." But if that wasn't sad enough, the lame way Graham was told her show was canceled will upset you even more:

I was in a restaurant and I had turned my phone off, cause that's polite. The waiter comes to the table and he was like, "Are you Lauren Graham?" I was like, "Yes!" He goes, "Your agent's on the phone!" I was like, "Hello?" and [my agent] goes, "It's cancelled," and that's how I found out that it was the end.

That makes me so mad because Lauren Graham and the rest of the cast deserved better than that. They did deserve a proper goodbye and a knowledge that the last episode was their final one.

But at the same time, I'm content with that finale. I hate the whole season leading up to it, as do many Gilmore Girls fans, but the finale wasn't the worst: Seeing Luke making that tent for Rory's party, everyone coming together to say goodbye, Rory going off to do what she loved, and Luke and Lorelai kissing made for an emotional final episode. And when the show fades out on that same shot of Luke's Diner that's in the theme song, I always cry.

I'm OK with the finale. But I'm not OK with how things went down for the stars of the show. They deserved better than that, and I'm glad Lauren Graham gets to say a proper farewell to Parenthood now because closure is important — even on a television show.