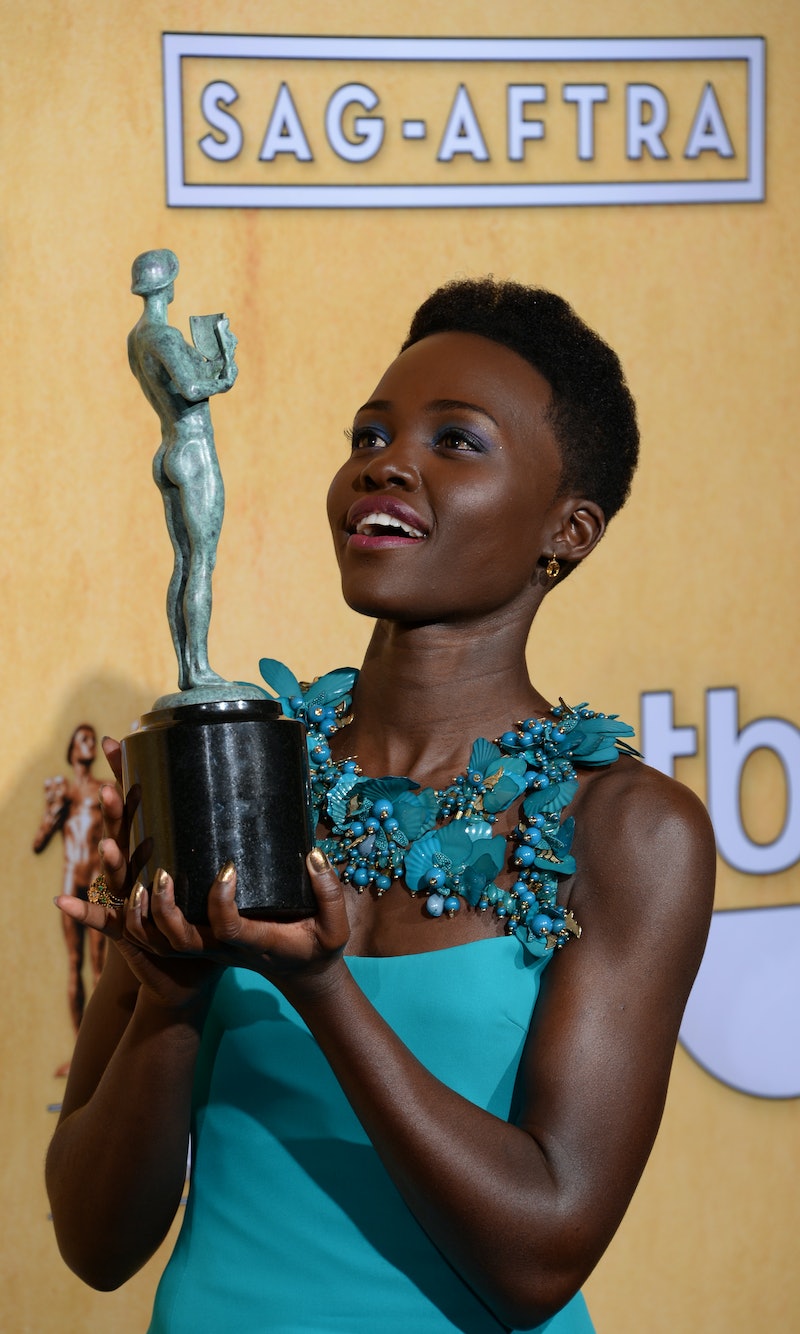 Awards season is the most wonderful time of the year, isn't it? I don't know what I love more, the red carpet, the sense of personal accomplishment I feel when I correctly predict a winner, or the awkward, incredibly inappropriate jokes that are inevitably made at every show. It's all just so great. And although I'm still recovering from the wonder that was the 2015 Golden Globes, it's time to turn our focus to the next award show: The SAG Awards, which take place on Sunday, Jan. 25. Since actors choose the winners as a way of honoring their peers, they have always felt so genuine to me. But one question has always bugged me. How do you become a member of the Screen Actors Guild, exactly? Do you just have to be an actor?

As it turns out, you do not just have to be an actor — you have to be an actor, plus a whole lot of other things. Whether you're legitimately seeking membership or you're just curious about the process, SAG's website's explanation of the steps you have to take to join are a little confusing and long-winded. That's why I thought a condensed version might be helpful, especially for the casual awards show enthusiast who just wants to know who to write a strongly worded letter, should Modern Family take home way too many awards as usual.

And after you figure out what it boils down to, it's all pretty easy to understand. But take it from me: If you're planning on joining SAG, prepare for your wallet to get just a bit lighter.

The first step of becoming a SAG member involves actually qualifying. How do you qualify? You need to have proof that you've completed at least three days of work as a background actor under a SAG-AFTRA bargaining agreement, or that you're a member in good standing of another union, like ACTRA, for at least a year. If neither of those things apply to you, you're out of luck.

2. Submit Your Application & Proof Of Eligibility

And by proof, they mean pay stubs or something printed out from the payroll company responsible for the projects you worked for. Once they've received your application, SAG will evaluate your materials, and do a little investigating to make sure you're legit. If you are, in fact, legit, you'll get a letter saying you're good to go.

This is where things get expensive. Initiation fees are currently $3,000 — cheap for people like Jennifer Lawrence, expensive for people like you and me who might actually stumble on a set three times, want to join SAG, and can't spare that much cash. There are also annual dues, so before you join, do a little calculating and make sure this is something you can afford.

SAG holds optional orientations to get new members up to speed on everything SAG can do for you and what's expected of you as a member. Since that seems to be a lot, it's probably a good idea to go before you pay your $3,000 so you know exactly what you're getting into. After that, though, you're good to go — and you get to do cool things like vote for the SAG Awards and get discounted movie tickets and stuff. Ugh, I'm so jealous.