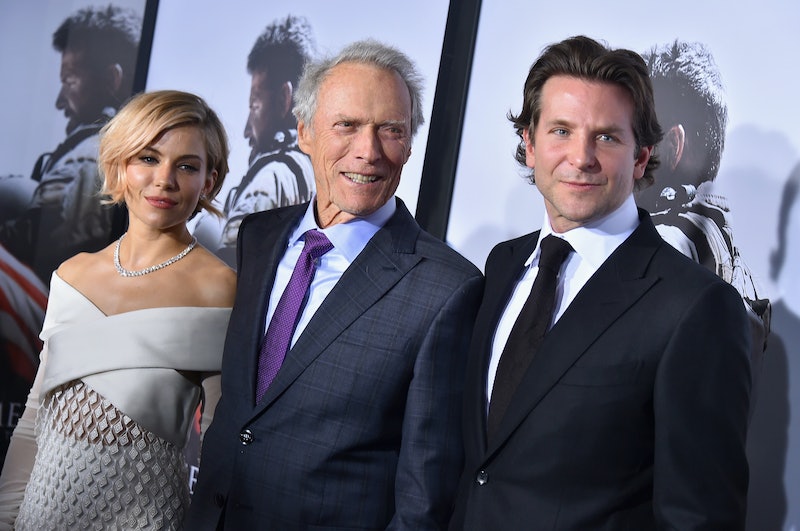 Of all the commentary and discussion that the release of American Sniper has sparked (who can forget that stiff fake horror baby, seriously?) little is more serious than the fact that this film is based on a true story — and one that's still very much going on. As the movie depicts, the Navy SEAL that Bradley Cooper portrays is in fact Chris Kyle, who was fatally shot in 2013 at a shooting range near Dallas, Texas by fellow former Marine Eddie Ray Routh. (Tragically, Kyle's friend Chad Littlefield was killed as well.) But since the movie was released, what's the status of Kyle's killer's case?

Simply put, it's complicated: the NY Post reports that Routh is set to stand trial on February 11 in Erath, Texas, but his attorneys are allegedly now pushing for the trial to be moved out of Erath County because of the complications the movie could present to the trial. Routh's defense attorney, J. Warren St. John, told The Hollywood Reporter that the success of the film "is going to be an issue. Can there be a fair trial?"

St. John and his team say their client Routh will plead "not guilty" using a defense of insanity and PTSD, but they are worried that the proximity of the trial to the film's exposure could hurt their case — specifically, they're mostly worried about being able to choose an impartial jury now that American Sniper has gotten so much attention.

"I think any case with significant publicity has an issue with picking a jury. I've had them in the past, and anything that has significant national attention makes it hard to pick a jury," St. John said. This isn't the first time a motion for postponement has been pursued: St. John filed previously all the way back in 2013 for the trial to be moved, simply because of all the publicity Kyle's death was getting.

It gets more complicated than that, though: Reportedly, the judge in the case has placed a gag order for anyone involved in the case — family, friends, attorneys and witnesses, specifically — so no pertinent information regarding the trial can be made available to the public at this point. As a result, Routh's attorney St. John claims that Chris Kyle's widow, Taya Kyle, violated the gag order in simply promoting the film.

Whether or not this — and the film as a whole — will make the trial stall, however, seems to be up in the air. For now, Routh is still scheduled to move forward with the trial on Feb. 11.