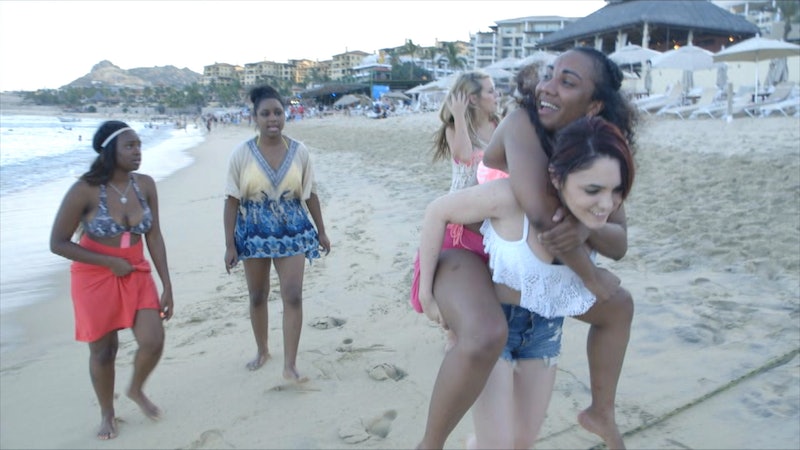 The young women who make up the cast of Preachers' Daughters are all extremely different. Perhaps you don't relate to any of them, or maybe you relate to too many of them. But there is one cast member who really hopes that you identify with her during Season 3 of Lifetime's Preachers' Daughters , and that is Kristiana. While Kristiana tells me in an interview that she wanted to help people through her mission work, she also wanted to share her story with the world. "I think my story is a story that isn't really touched on a lot in Christianity, but it is hidden a lot, and I wanted to shed some light on it," the 18-year-old says of her past struggles with her sexuality, depression, and abuse.

Kristiana says that she wants to be one of the first people to bring attention to not only the struggles she has gone through — in the season opener she reveals she was sexually abused at a young age, suffered from depression, and found her sexuality being called a "choice" by her faith — but those that many other young adults have faced. "These are the things that we go through as young adults," Kristiana says. "These are things that are really happening, even though we don't talk about it."

In addition to spreading the word of her personal story in hopes of helping other young adults connect, Kristiana also wanted to get to know the people that she was helping through her church. "Instead of just sending money and doing the norm...I knew we were going to do a lot of hard work," she says. Her expectations were not wrong. The nine girls that are featured this season all worked very hard and provided an abundance of aid to those in need in Cabo, whether it was providing clothes or food to children, or building shelter for a family.

But, as Kristiana puts it, the girls "were in Mexico on vacation," so it was important to have a healthy balance of work and play. "It's OK to go out and have fun with your friends, I don't see that as a problem. I never have and I never will," she tells me.

Kristiana and the girls she grew close with call themselves the Fun Five, consisting of Kristiana, Nikki, Cierra, Jayde, and Kayla, and Kristiana says their group would go spend a day doing mission work, then get ready for the evening's festivities. "We would rest up and go out and enjoy life," Kristiana proclaims. "We only have one, so why not enjoy it?"

You can catch Kristiana shed light on her personal journey with her sexuality and her religion when Preachers' Daughters returns to Lifetime on Jan. 23.