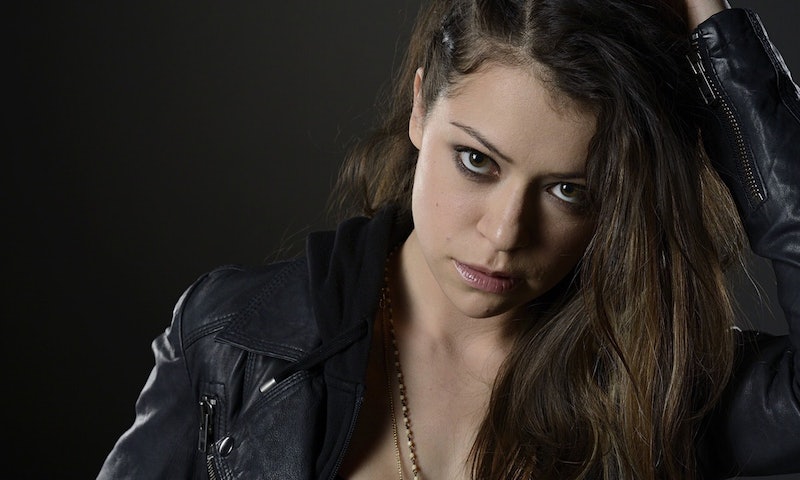 If absence really does make the heart grow fonder, then consider my love for BBC America’s clone-tastic series Orphan Black to have expanded far beyond the reaches of our metric system. Honestly, though, it feels like forever since Sarah Manning & Co. were up on our television screens. So surely that means the series is bound to return sometime soon, right? Unfortunately, that statement couldn’t be more wrong. We still have months of waiting ahead of us before the Orphan Black Season 3 premiere date. I’m talking weeks upon weeks, my friends, that even includes a change in season. So yeah… a long time. Because — brace yourselves, folks — the Clone Club won’t be returning until (drum roll, please)… Saturday, April 18, 2015.

I know, I know. That’s like a bazillion years from now! (And no, I am not over-exaggerating.) Granted, there’s bound to be some juicy spoilers and eye-catching teasers to come out as we get closer and closer to C-Day (Clone Day). But given last season’s draw-dropping cliffhanger of a finale — which revealed a highly trained, Rudy-clone soldier army — a few 30-second promos will do little to quench our clone-crazed thirst. Which is why I’ve come up with a few other suggestions that should help pass the time and bring April here before you know it.

Those who have access to a Netflix account can spend their days living vicariously through the many different identities of Tatiana Maslany without those pesky commercials or week-long waits slowing you down — as long as you've still got that handy mail-order disc Netflix plan.

Amazon Prime subscribers, however, are in luck, because Amazon has the exclusive streaming rights. Just grab some snacks and let the binge watching begin!

Fall Down A Tumblr Rabbit Hole

I opted to use Sherlock as an example because obviously, but really anything will do: Game of Thrones? Tom Hiddleston? Harry Potter? It's amazing the kind of stuff you'll be able to find out your favorite things and once you start falling down that proverbial rabbit hole, it's pretty hard to stop. Tread lightly.

Catch Up On Clone Movies

If it's the cloning aspect that you're craving, then you're in luck, since there are serious a TON of clone-esque movies out there all for your viewing pleasure. The Matrix is certainly a great choice, but be sure not to overlook my own personal favorite, Star Wars: Attack of the Clones. The force is strong in that film.

Binge Watch An Oldie But Goodie

It's like I always say: when you're looking to take your mind off one obsession, just turn to another. Now I may have seen every single episode of Friends more times than I can count, but as soon as those opening credits start rolling, my nostalgia kicks into overdrive and I find myself falling in love with that Central Perk gang all over again. Odds are, it'll do the same thing for you. Could you BE less focused on clones?

And When In Doubt… Clone Dance Party

Great advice not just for this situation, but life in general.

Editor's Note: A previous version of this article incorrectly implied that Orphan Black was available on Netflix streaming.