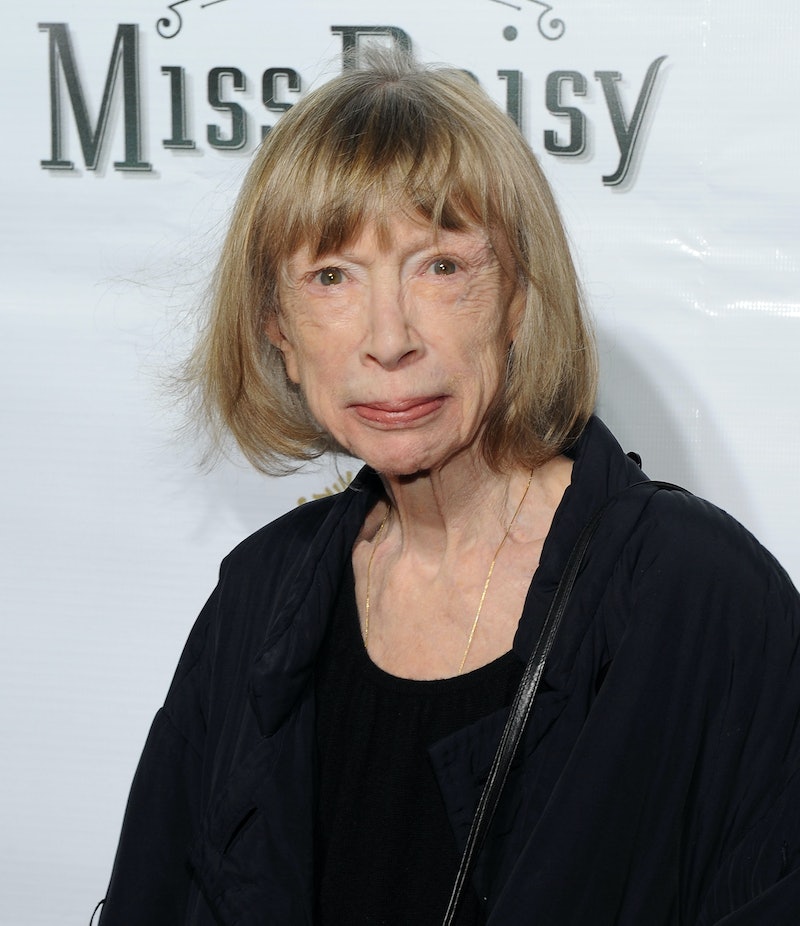 Throw away every other best-of list, because Joan Didion has made her own handwritten list of her favorite books of all time. Didion's favorite books list comes courtesy of her nephew Griffin Dunne and his directing partner Susanne Rostock, who are behind the Kickstarter-funded Didion documentary, We Tell Ourselves Stories in Order to Live . And of course this list is handwritten; Didion herself told us how crucial it was to use the written word in her essay "On Keeping a Notebook" in Slouching Toward Bethlehem.

So what are Didion's favorite novels of all time? It must be said that they are primarily written by men, but it would be difficult to fault the 80-year-old writer who grew up in the 1940s and 1950s began her own career in the male-dominated 1960s.

And here the list is in her own handwriting:

First of all, Didion clearly has taken sides in the whole Best Brontë sister debate, choosing Emily (and I have to say, I'm totally on your side, Joan). Second of all, No. 12 is kind of a cheat, but we'll let her get away with it because she's Joan Didion. And third, she has already shown her love of Conrad's Victory, a psychological and (I'll say it) depressing island story, when she filled out the Proust Questionnaire. The questionnaire asks the respondent's favorite character of fiction, and Didion wrote:

Axel Heyst in Joseph Conrad’s Victory has always attracted me as a character. Standing out on that dock in, I think (I may be wrong, because I have no memory), Sumatra. His great venture, the Tropical Belt Coal Company, gone to ruin behind him. And then he does something so impossibly brave that he can only be doing it because he has passed entirely beyond concern for himself.

So can we see the We Tell Ourselves Stories in Order to Live documentary yet? Its Kickstarter raked in more than triple of its $80,000 goal, and the money will be used to conduct research and interviews (from people like Patti Smith, Vanessa Redgrave, and Anna Wintour) to complete the film. It's still in the early stages, so for now we're going to have to hold over on these incredible tidbits the directors release as they come across them.