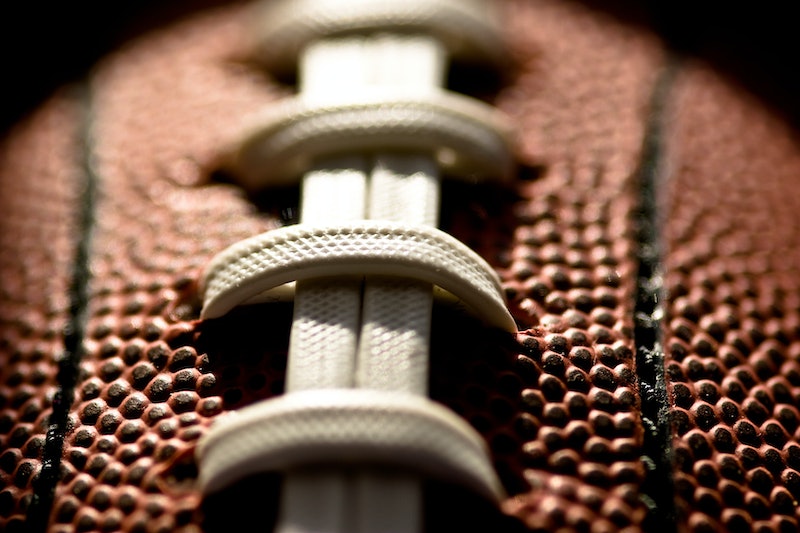 Deflategate is now a full-on scandal. After an investigation into the New England Patriots' possible use of deflated balls in the AFC Championship game against the Colts last Sunday, the NFL found 11 of the 12 balls were deflated significantly below the league's requirements. Playing with deflated balls is a major violation of NFL rules, and now the league is determining how exactly it happened and how to appropriately penalize the Patriots and head coach Bill Belichick. One thing is sure, however: The Patriots will face off against the Seattle Seahawks in the Super Bowl on February 1, and officials will be keeping a close eye on the footballs during that game.

NFL sources told ESPN on Wednesday that the investigation confirmed that 11 of the Patriots' 12 official balls were inflated two pounds per square inch below the league's regulations. The Patriots dominated the Indianapolis Colts during Sunday's AFC Championship game with a 45-7 victory. It's unclear if and how the deflated balls were a factor in their win, but it's widely known that deflated balls are often easier to grip and throw, giving the team that's using them an unfair advantage. Grip becomes an even bigger issue during rainy games, when the balls are slippery from being wet. And it was raining constantly at Gillette Stadium last Sunday.

The NFL will continue its investigation into Deflategate, which is now overshadowing any other news leading into Super Bowl XLIX. We may get more answers before the big game, but here's everything you need to know about the scandal so far.

1. Deflategate Started With An Interception

When the Patriots had possession of the ball (one that they provided), Brady threw an interception caught by Colts linebacker D'Qwell Jackson. Jackson handed it to a member of the Colts' equipment staff, who noticed that the ball was a little underinflated and reported it to Colts head coach Chuck Pagano. The rest is history (or at least history in the making).

2. The Lopsided Score Makes A Difference

Despite the deflated-ball scandal, you can't ignore the fact that the Patriots played exceptionally on Sunday. LeGarrette Blount carried the ball in for three touchdowns — deflated balls don't really have any bearing on the running game — and the Patriots' defense only allowed the Colts a measly seven points.

If the score was a lot closer, then the matter would be much more serious. It would mean that the Patriots might have relied entirely on tampered equipment instead of their talent. However, it doesn't matter at the end of the day. Regardless of how well they played that day, they still violated the rules.

3. Why Let Teams Provide Their Own Balls?

It seems like there's an easy solution in preventing teams from using deflated balls — don't let them provide their own equipment. But it's not that simple. Quarterbacks are extremely picky and particular when it comes to their equipment, including ball preferences. These preferences usually fall within the rules, though, so the NFL has always accommodated them.

4. This Isn't The First Time The Colts Noticed The Patriots' Balls

According to ESPN, Sunday's AFC Championship game was not the first instance where the Colts noticed something off about the Patriots' provided footballs. During their regular-season game against the Pats on November 16, Colts safety Mike Adams caught two interceptions thrown by Brady, and gave the balls to the Colts' equipment manager to save. There were concerns that both balls were underinflated, sources told ESPN NFL Insider Adam Schefter.

Earlier this week, as Deflategate was still fresh and the scope was unclear, Patriots quarterback Tom Brady laughed off the entire accusation on WEEI’s Dennis and Callahan Show. Back in 2011, Brady told the same radio station that he actually likes deflated footballs.

[W]hen Gronk scores — it was like his eighth touchdown of the year — he spikes the ball and he deflates the ball. I love that, because I like the deflated ball.

On Wednesday, former coach and commentator, and NFL legend, John Madden gave his two cents about Deflategate, namely that he wholeheartedly believes the quarterback is behind it. He told The Sports Xchange:

The last game the Patriots played before squaring off with the Colts for the AFC Championship title was the Baltimore Ravens. According to FOX Sports NFL Insider Jay Glazer, the Ravens actually tipped off the Colts about the Patriots possibly tampering with their balls before Sunday's game. Glazer reported that the NFL was already planning to inspect the balls during halftime, despite Jackson's interception.

While this is the first time deflated footballs have become a full-on controversy, they might be more common than you think. Former NFL quarterback and Heisman Trophy winner Matt Leinhart tweeted this in response to Deflategate:

As previously reported, one possible penalty the Pats could face is losing valuable draft picks next season. But as Deflategate unfolds and the NFL learns more about the circumstances surrounding the scandal, that punishment could be just the tip of the iceberg. One consequence that the Patriots are already feeling? A considerable loss of respect from the NFL community and fans everywhere. It's possible that the team's legacy could be forever tarnished from this scandal, even if they do go on to win the Super Bowl in February.