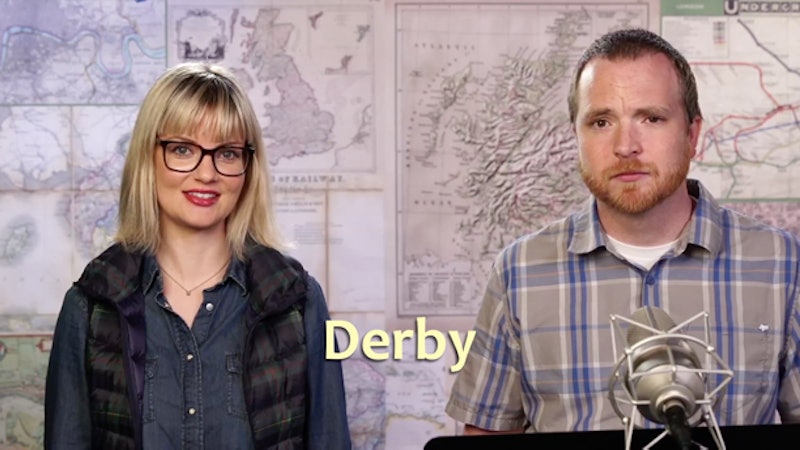 OK, gather around, kids, it’s story time. Once upon a time, I went to a party with my best friend, whom, for her own protection, I will call “Annie.” It was our first semester in college, and it was the very first honest-to-God college party either of us had ever been to. For reasons that remain a mystery to this day, Annie decided that she was going to “go British” for the party, replacing her American accent with a British one gleaned entirely from watching Pride and Prejudice over and over. When we got to the party and realized it was chock full of international students, her resolve may have faltered, but she forged ahead: for the night she was Annie, Comely English Lass.

Cue to an hour later: There is a hot British boy flirting with us, which, at that point in my sheltered life, was the most exciting thing to have ever happened to me. He clearly does not believe that Annie is English, but she perseveres. Finally he asks the fatal question: “Where are you from?” Without blinking an eye, she declares, “I am from DERbeeSHYer.”

The first moral of this story is “Always be yourself” (because it is super embarrassing to be caught pretending to be British when you are, in fact, from Texas). The second moral is “If you must persist in living a lie, at least know how to pronounce place names first.”

Perhaps if Annie had had this handy video from Anglophenia back then, she could have avoided this distressing scene of abject humiliation. In the video, certified British lady Siobahn Thompson schools us all in the bizarre pronunciation of British place names. Watch as American Rusty Ward fails time and time again to pronounce such names as “Bicester,” “Leominster,” and “Marylebone." Can we really blame him for struggling with British words that always seem to have too many letters? How, in fact, does anyone get “Gloster” from “Gloucester”? Britain, what game are you playing? Are your insane pronunciations simply a clever way of identifying interlopers? Because in the case of college chicks from Texas, it seems to work.

*The county being referred to was "Derbyshire"

More like this
6 Organizations Fighting Police Brutality That You Can Support Right Now
By Syeda Khaula Saad and JR Thorpe
Andie From 'How To Lose A Guy In 10 Days' Is A Total Gemini
By Nina Kahn
21 Galentine’s Day Memes To Celebrate Your Best Friends
By Meghan Bassett and Mia Mercado
Everything You Need To Know About The Samsung Galaxy S23 Ultra’s New Camera
By Alexis Morillo
Get Even More From Bustle — Sign Up For The Newsletter
From hair trends to relationship advice, our daily newsletter has everything you need to sound like a person who’s on TikTok, even if you aren’t.