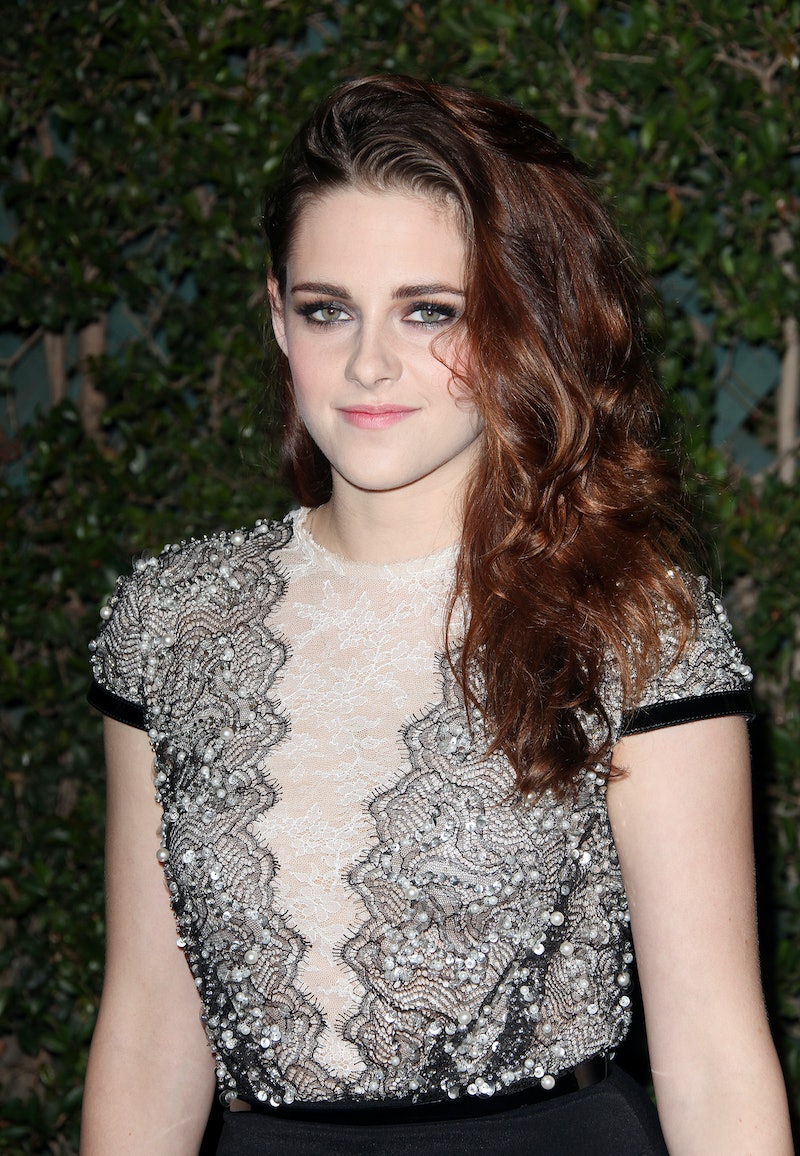 At first, it seemed like fans of Kristen Stewart had something to be super excited about this week: despite the fact that she's always been a firm opponent of all forms of social media, it looked like Stewart had finally broken down and gotten her own public Instagram account. On Thursday, seemingly personal photos of Stewart started cropping up on the account — selfies, posed photos with friends, even pictures of hairstyles from the back of her head. It seemed like a pretty cool thing that she'd gotten over her fear of sharing her personal life with her fans, but upon closer look, that's probably not the case at all. Because for anyone who's spent any amount of time checking out her supposed Instagram, it's pretty obvious that it doesn't belong to her.

Of course, I could be wrong. I guess there's some chance that this is her and she's chosen a kind of sketchy way to go about it. But I can say with about 98 percent certainty that this is just a Stewart fan trying to pass off the account as the real deal, when it simply isn't. Not convinced? There are a few pieces of glaring evidence that make this whole thing pretty questionable to me.

It may have been less than 24 hours, but the Instagram team is generally very on top of their stuff. If this was truly Stewart, she'd want her fans to know, and that little blue checkmark would appear at the top of her page. Since it's not verified, I think we have every reason to doubt the account's legitimacy.

She's said it in the past and she'll probably say it again when she finds out about this fake account: although Stewart admits she has a private Instagram to share her adventures with friends and family, she's incredibly against the idea of social media.

In the past, she's said:

What would I tweet about? Who are you talking to? What are you saying? Imagine sitting here right now and thinking, "That's a good thing to say to the world?" I can't even understand it.

She posted a bunch of photos on the same day

I don't know about you, but the only time I post more than one or two Instagram photos a day is when I'm on vacation, at a cool event, or possibly when I'm having an insanely good hair day. "Kristen" took it upon herself to post several really random photos from different days on Instagram within 24 hours, and that just seems fishy to me.

Of course, if I had access to thousands of professional photos of myself looking amazing, I'd most certainly make use of them, but most celebrities choose not to — especially Stewart, who's never been a vocal fan of red carpet situations. It's a little weird that she'd pick such a glam picture to represent herself on Instagram.